Another bright, sunny hot day here in Yuma...and not nearly as windy as yesterday! We had our usual leisurely start to the day and after exercises, showers and breakfast, we were ready when the O’Neil’s arrived at 11:00 a.m. 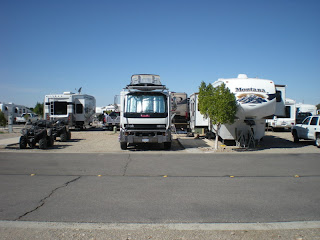 After seeing Steve and Gerry off on the ATV’s, Doreen and I headed out. After stopping at the office so I could pop in and pay for one more night, we headed to a shopping plaza...Doreen wanted to pick up a few things in Jo-ann’s, a fabric and craft store, while I went into Target, next door.
Doreen had heard that my favourite restaurant is the Olive Garden and she knew there was one close by...and sure enough, we found it! It was after 1:00 and there was still a line-up...I guess all the Yuma retirees were also going out for lunch! It wasn’t too long of a wait, though and soon we were in ordering my favourite...”all you can eat, soup, salad and breadsticks”...yum!
There was still a line-up when we left...yup, Olive Garden is a popular spot! We had a great lunch but it was time now to continue our afternoon of shopping. Next stop...Ross’s. It is very similar to Winners back home. I came out with a pair of capris and a top...Doreen with some tops (5, I think!). After one more stop at a quilting store, it was time to head home.


Gerry and Steve were already at the O’Neil’s...we were having dinner there tonight. They had a good ride. Steve was glad to have his GPS as there were trails all over the place. Back home you have a more established trail to follow...here it’s like thousands of riders went every which way....tracks everywhere! They didn’t see any wildlife at all...not even a bug! Gerry was a little sunburned by the time they got back. 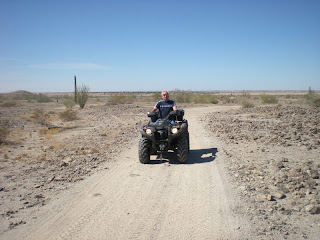 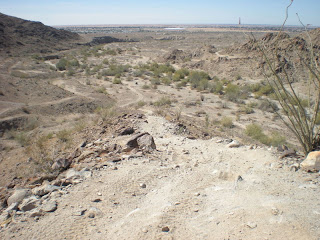 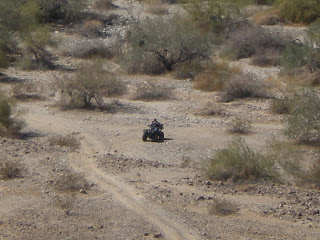 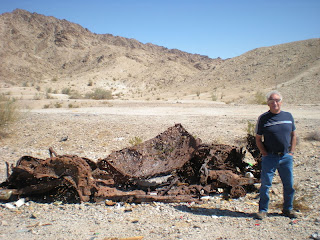 Doreen busy in the kitchen... 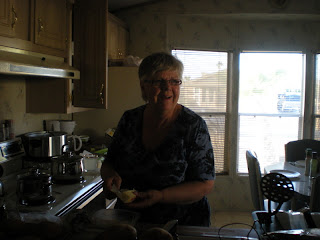 While Gerry barbeques the steaks... 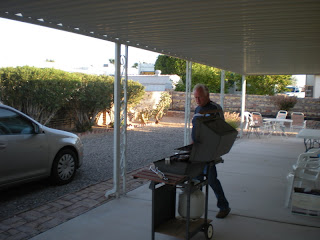 After a delicious dinner, we played Aggravation...this time “the girls” won! We had had an awesome visit with Doreen and Gerry but it was time to head out tomorrow. Thank you so much, Doreen and Gerry, for your hospitality and being such great tour guides!
Posted by Dianne and Steve at 8:28 PM