Another beautiful sunrise this morning and not as chilly as it was yesterday morning...it was going to be a great day for our ATV ride. We had our usual start to the day but I couldn’t linger over my coffee too long today. After showers and breakfast, I made sandwiches to pack for lunch while Steve walked up to the office. He wanted to get directions to the spot where they off-load the ATV’s. Everyone was meeting up at the parking lot by the office at 9:45 and then driving to the off-loading spot but we wanted to get there early because we need to check the tires and oil...and we didn’t want to hold everyone up.

While Steve was fuelling up the quads Ron came over to say goodbye and take some pictures of the truck. Then Bill came over to give us his contact info and show Steve one of his home made hunting knifes. As a hobby/side business he makes about 30 knives a year... the handles are made from antlers...very nice. They are hunters as well.

We left just after 9:00 and found the spot...at least we thought it was the right spot. We unloaded the ATV’s, checked the tires (had to let air out) and oil and then waited for the rest of the group to arrive...and hope we were in the right spot. Soon Curt (rifle strapped above his head) and Loni arrived in their 4-seater side-by-side...they had decided to ride from the campground. Whew...we were in the right spot. Soon the rest of the group arrived...there were 5 ATV’s...2 side by sides ...5 couples and Steve and I. After meeting the ride leader, Jim (wearing a side arm) and his wife, Ann, we all headed out. With all these weapons I guess we should be safe from snakes, scorpions and Mexicans! 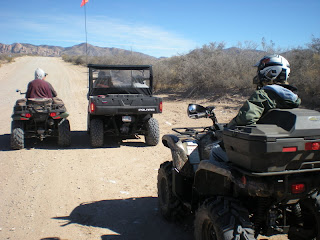 It wasn’t a very long ride for Jim and Ann, though...about 11 km along the gravel road, their side-by-side Razor quit...and he could not get it going again. They figured it was something to do with the electronic fuel injection because it seemed like it wasn’t getting any gas...they were really ticked because they had just had it serviced.
After getting directions to our destination from Jim and Ann, the rest of us continued on while Curt drove Jim back to get his truck and trailer.

Remnants of snow up here in the mountains... 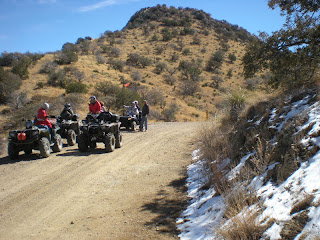 After a few wrong turns and getting a little lost.... 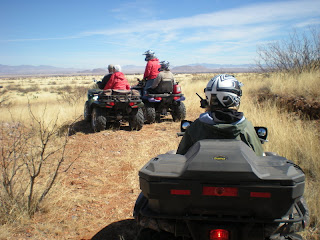 ...we finally found our destination...a small campground in Cochise Stronghold. 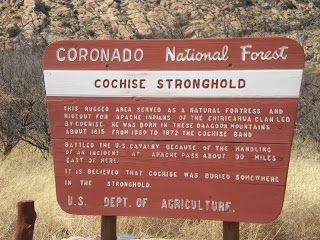 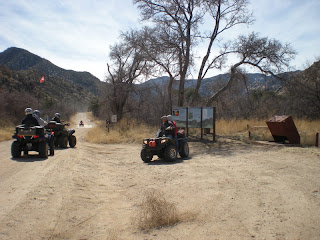 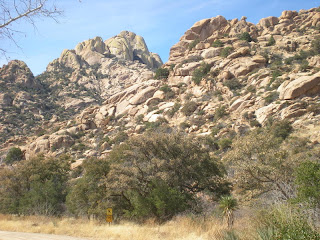 We all parked and started pulling out our lunches when Curt and Loni arrived. They had a map so hadn’t gotten lost and had managed to catch up with us.

We ate our lunch while chatting with our new friends... 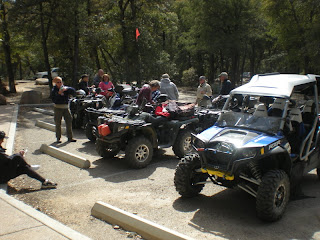 ...and then it was time to head back. This time we had Curt and Loni leading the way. Steve was at the back of the pack and stopped several times to take pictures.
Beautiful countryside... 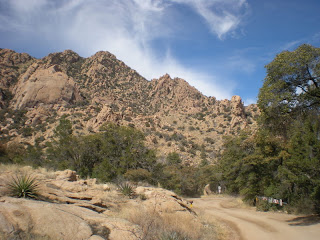 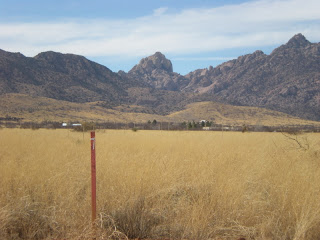 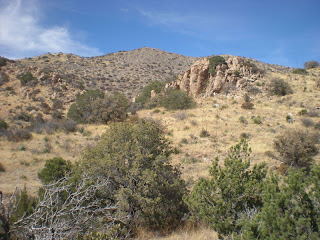 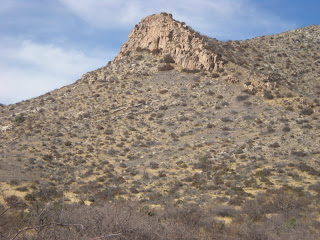 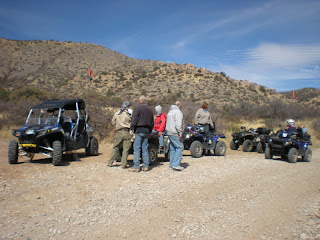 We arrived back at the trucks around 3:00 p.m. Although we expected more trail riding rather than road, we still had a great ride and a fun day. After gassing up the quads, Steve loaded them back into the truck and we were on our way back to the campground. 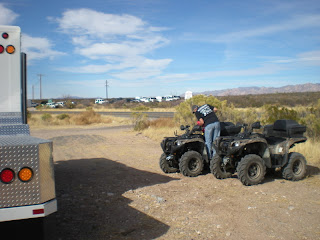 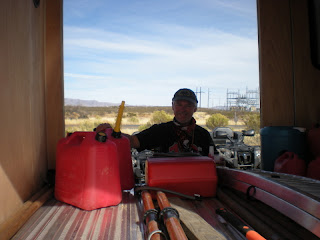 We sat outside enjoying the late afternoon sunshine and chatting with our neighbour. Once the sun was gone, though, it cooled down quickly and we went inside. We are leaving tomorrow but we will definitely keep this park in mind for the future. It’s central to everything...every site has mountain views...no city lights to spoil the starry nights...lots of activities and of course ATV'ing from your site.
Posted by Dianne and Steve at 6:33 AM