We were both awake by 5:30 a.m. Steve was outside starting to pack...and it was still dark out! I made sandwiches to pack for lunch and started to get the inside ready for travelling.

Steve took this picture of the sunrise through a bit of early morning fog... 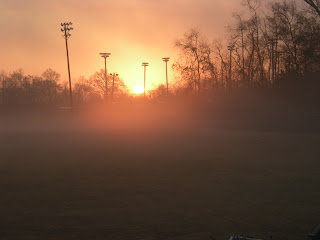 We were on the road shortly after 8:00...heading west on Interstate 10. The roads here in Louisiana are terrible! I had checked the forecast before Steve washed the truck and they called for cloudy with temps in the high 70’s. Well...we had on and off light showers but fortunately not enough to get the truck dirty. We stopped at the Visitors Center as we entered Texas and picked up some info. 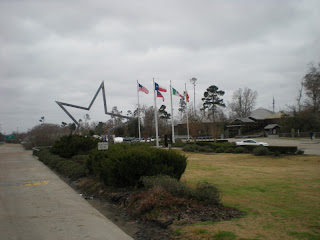 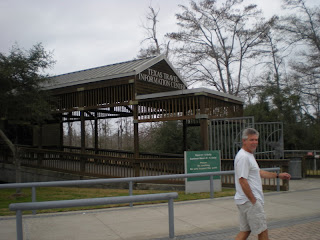 And then we came to Houston...OMG!...there are highways and overpasses going every which way! At one point, I counted 5 overpasses stacked up over us as we drove 60 mph along a 5-lane highway...and that’s just 5 lanes going in our direction. I found it very stressful being the passenger...poor Steve was driving! He did great but was exhausted by the time we got all the way through the city...it went on and on...and on! 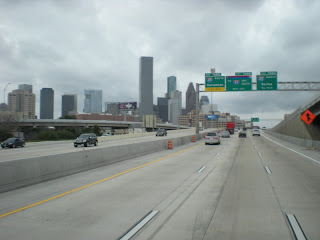 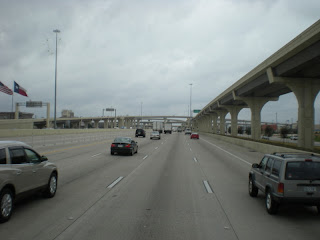 We stopped at another rest area... 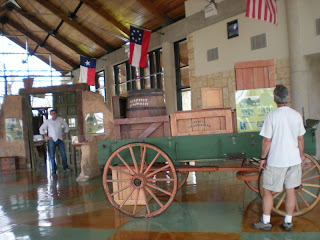 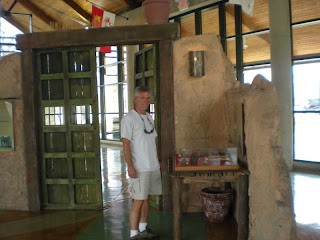 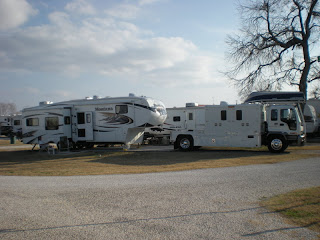 It was a long travel day today...arriving at Braunig Lake RV Resort just after 3:00 p.m. After registering, we were escorted to site C1...a long pull-through site. We were lucky that it is an end site because we have no one on our awning side therefore giving us some privacy but the sites are very close together. We parked as close to the edge of the cement pad as we could and our bedroom slider was almost over our neighbour’s picnic table. There is absolutely no “it” factor but for the 3 nights we plan on being here, it will be fine. It’s close to San Antonio and there is a full day tour that picks you up right here at the RV resort. It is a Passport America resort so instead of $41/night, we pay $20.50 and we have full hook-ups including WiFi and cable plus a small lake that has catch and release fishing....no license required. The WiFi doesn’t have a great signal but it will be fine for email and internet searches.
We had a very early night...Steve was exhausted from the long drive...and so was I!
Posted by Dianne and Steve