We thought we would explore around here today so after our usual morning coffee, a trip down to the bathhouse for showers...and then breakfast; we were ready to take a walk down to the beach. It was only 9:50...not bad, eh?

It was a gorgeous day...just a bit windy. 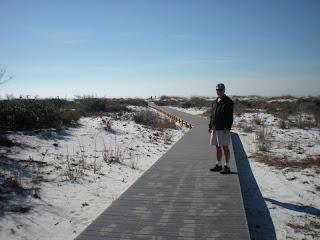 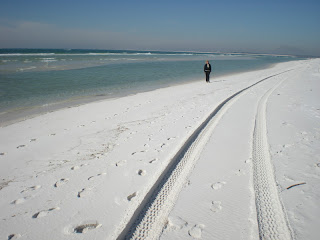 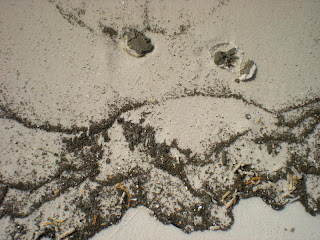 Here is a picture of the only evidence we saw of the oil spill on the beach...the little speckles look just like the chocolate sprinkles that you put on ice cream.  We're not sure what they are but suspect they have something to do with the oil containment/clean-up...


We started walking west along the beach and really had no intention of walking all the way to the actual Fort but when we saw a gun battery and lookout tower, we headed to it. As it turned out, that was “Battery 234”...the main Fort was a bit further so we decided to continue walking to it via the road. 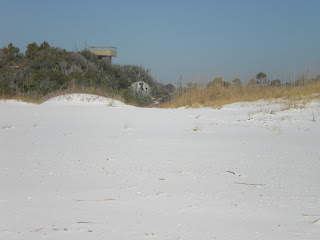 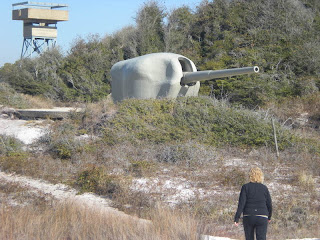 Steve walked up to the top of the tower...well almost to the top...entry to the actual platform was closed... 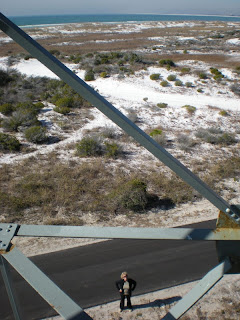 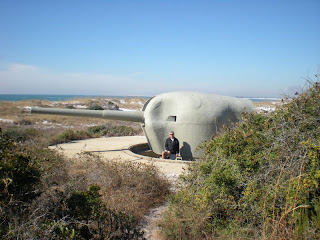 Fort Pickens dates back to the early 1800’s and is huge. An awful lot of history there! But I won’t go into detail, rather I’ll leave it for you to access the web-link if you are interested....I’ll just show you pictures! 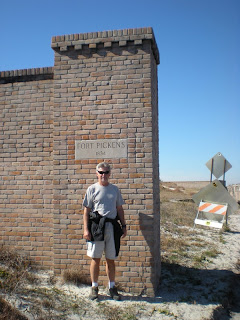 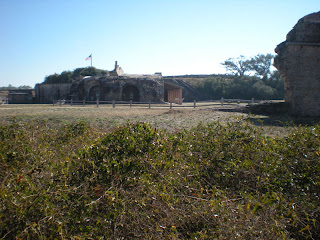 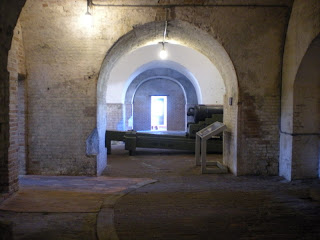 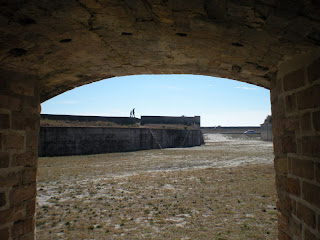 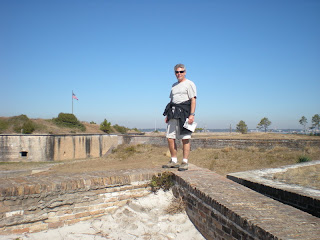 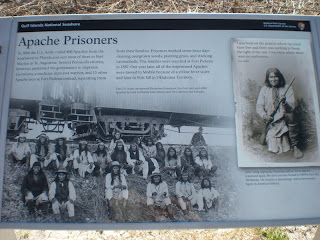 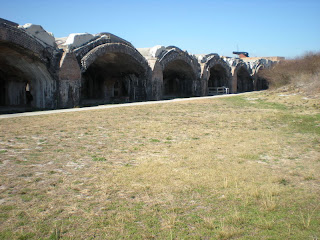 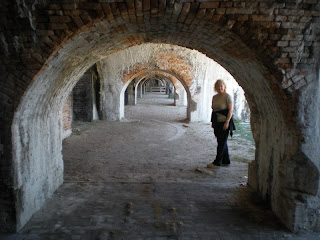 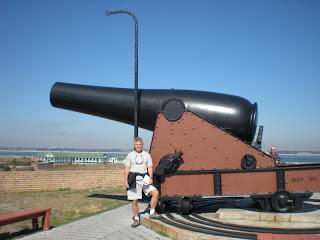 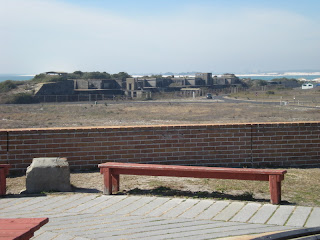 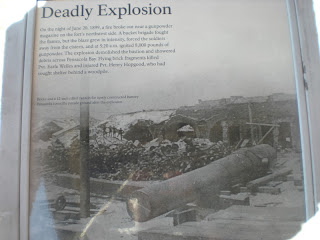 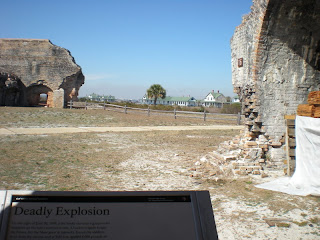 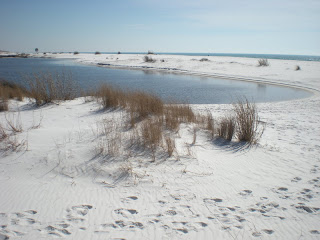 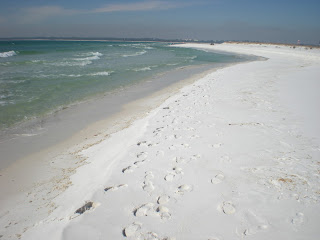 So after walking as far as Battery 234, we headed off the beach to the road...much easier walking! It was after 1:00 by the time we got back...we were tired, thirsty and hungry! 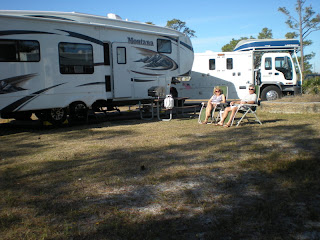 The rest of the afternoon was spent relaxing in the sunshine...until the clouds decided to come in. Then it was a peek-a-boo game with the sun...warm then chilly...and the wind didn’t help! We met our next door neighbours, Terry and Renee along with their Golden Retrievers, Hogan and Buddy. They are from Wisconsin. Terry and our other neighbour, Mark (from Maine) volunteer here at the park and get their campsites free. They are here for a couple of months doing some restoration (carpentry) work at the Fort.
After dinner, we joined Terry and Renee out at their campfire. We had a nice chat with them and then headed back inside to watch a bit of TV before heading to bed.
Posted by Dianne and Steve