We were continuing our trek west today and with a State Park about 3 ½ hours away, that would be a perfect drive. It was a beautiful travel day...clear blue skies! The forecast for the area we were headed to was for a high of 82F degrees...it’s been a long time since we felt temps that hot!

The countryside was very unique...from flat... 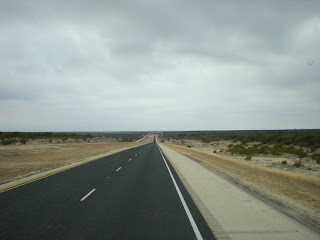 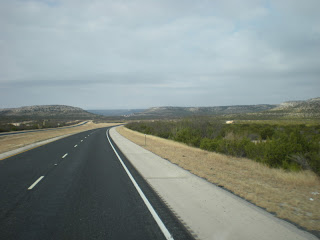 One area had miles and miles of windmills... 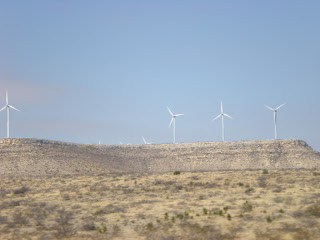 This is a picnic area where we stopped for lunch...notice all the blue sky?!! 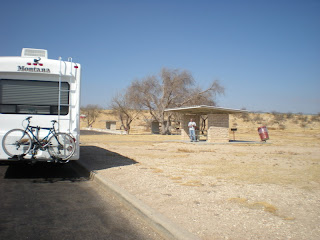 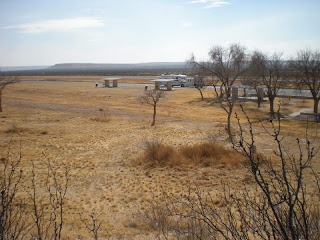 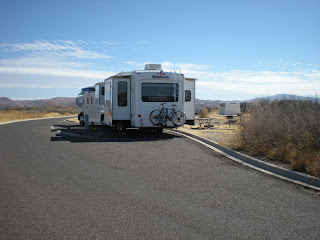 We arrived at Balmorhea State Park around 1:30. It is located in the flat scrubby part of Texas...pretty typical Texan countryside. After checking in at the office, she said that we could go and pick out a site and come back later. So in we went...all sites are paved and many of them have neat cabana¬-like structures built over the picnic tables. We chose site #34, a pull-through along the outer loop. After a stop at the sani-dump, we got set up in our site. No need to unhitch...we were level and would not need the truck to go anywhere. 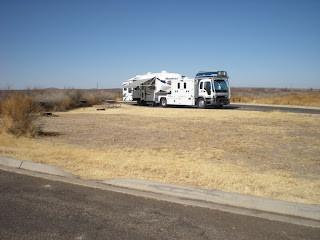 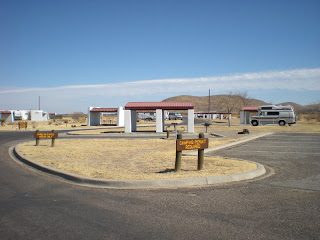 After getting the essentials done (power and water), we decided to walk back to the office and pay for the 2 nights we had decided to stay. At first the rate sounded too good to be true...$14 including electricity and water...then we learned that if you do not purchase a $60 annual Texas Park Pass, the cost is $28 ($7 each per day for the pass). Well, if we were going to be spending more time in Texas State Parks, then it would make sense to purchase the annual pass but in our case, this was likely to be our only stay...maybe one in the El Paso area but it still wouldn’t pay. 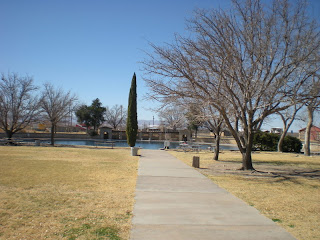 After getting settled up at the office, we took a walk to the pool. Balmorhea State Park has the world’s largest spring-fed swimming pool, which covers 1.75 acres and stays at 72—76 degrees year-round. The water is so clear and is full of tiny little fish...and larger catfish. 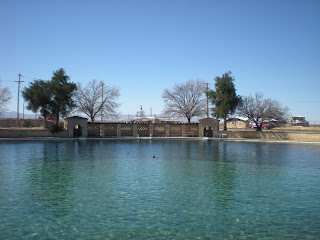 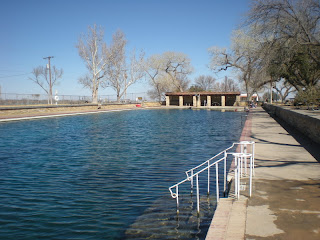 The State Park also has a motel—San Solomon Courts, a retro lodging built in the 1930’s with a southwestern adobe look. 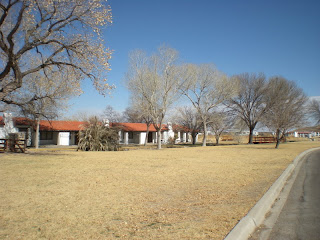 Canals from the Springs lead past the Courts to a restored wetland, called a cienega. 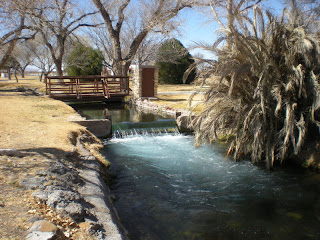 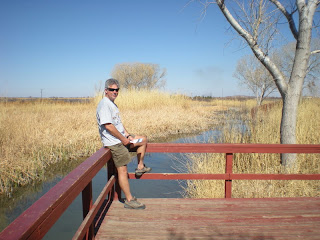 Once back at our campsite, we finished getting set up. I couldn’t get a very strong internet signal so decided to walk up to the office and sit at the picnic table...that is where they have free wifi. So away I went...as Steve set up the satellite dish. After checking email and looking up the satellite co-ordinates, I returned to the trailer and we managed to latch onto a satellite relatively easily.

There...with all our work done, we decided to sit outside. Well, it wasn’t long before we moved into what little shade we could find. It was pretty darned hot out! But we’re not complaining! 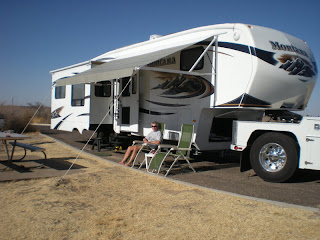 Tomorrow we will spend some time down at the pool...enjoying the water and sunshine!
Posted by Dianne and Steve