It was another chilly start to the day...34F (1C) with the windchill making it feel like 26F or -3C! But there was the promise of sunshine in the forecast for today. We had our usual leisurely start to the day...and were finally ready to head out to explore Biloxi at around 11:00.

We drove over the bridge and decided to turn off onto Main Street...hmmm...not much of a “main street”. We found Boomtown Casino...it had been recommended as a place to go. But first we wanted to see a bit more of the area so we went back to highway 90 and continued west along the coastline. 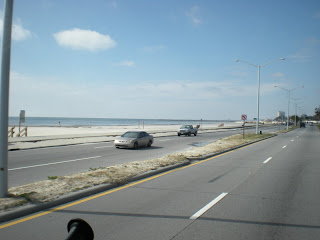 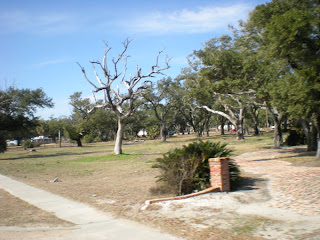 It is very evident that the area is trying to recover from the devastation caused by Hurricane Katrina. All along the highway (which follows the coast) there are empty lots where homes and businesses once were. All that is left are driveways and remnants of cement foundations...in some cases, cement stairs that once welcomed guests into a home. All debris has been removed, leaving vegetation to recover. Some homes and businesses have been rebuilt/restored while others are in the process of rebuilding. 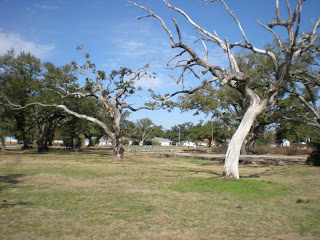 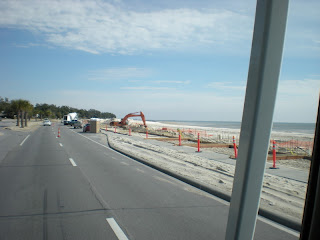 We drove through Biloxi, Gulfport to Long Beach where we turned around. The coast itself is beautiful with miles and miles of sandy beach. 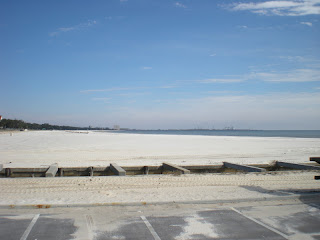 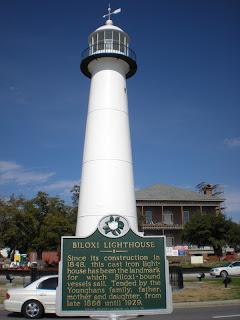 We stopped at the Biloxi Lighthouse to take pictures...the Visitors Centre is being rebuilt (the building behind the lighthouse)... 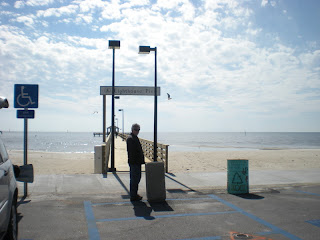 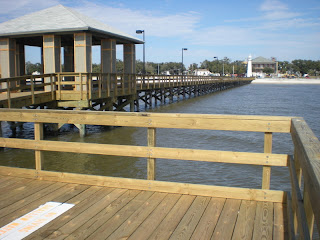 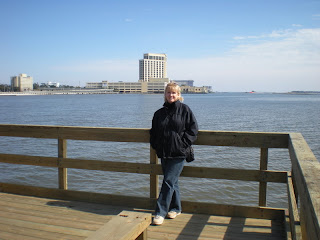 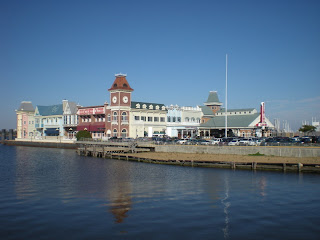 It was shortly after 1:00 when we parked our truck in one of the Boomtown Casinos parking lots...an empty one, giving us lots of room. As we were parking, a security car came by...we thought he was going to tell us we couldn’t park there, but he asked if we wanted a ride over to the casino...nice! 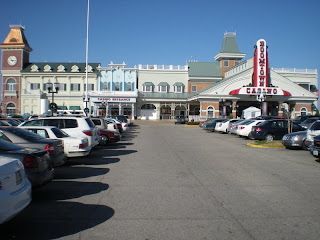 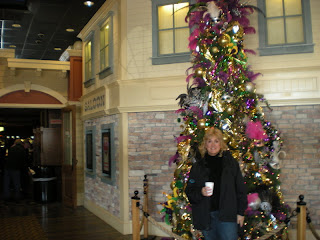 As we entered the casino, Steve and I each got out our $20 bill...that was to be our budget limit. The casino is huge...and smoky!! That is something we are not used to...smoking inside a building. After a couple of hours of wandering around and trying various slots, Steve had lost his $20...and I had actually had some luck...well, luck for me! The last slot (oh by the way...these are penny slots we were playing) I was at actually had me up to over $36...and I had been down to under $10 when I started on it. So that wasn’t too bad! But I continued playing until I was down to $20.01 and cashed out. So I left with a one penny profit! It had been fun...but after a couple of hours, we were very thankful to get out into some fresh air!
On the way home we stopped at a liquor store so I could pick up some wine. Here in Mississippi they carry beer in the grocery stores but are only allowed to carry a very limited supply of wine. You have to go to a liquor store. Well, that’s different.

Once home, we walked around the campground a couple of times to get our daily cardio exercise. Then Steve worked on one of the light fixtures on the truck...it was full of water from all the rain we had had so he removed it, dried it off and re-sealed it.

After that, we settled inside where it was warm and watched the sun go down...the picture windows are so nice and it was just too chilly to sit outside.

This would be our last night in Mississippi...we are heading to New Orleans, Louisiana tomorrow.
Posted by Dianne and Steve