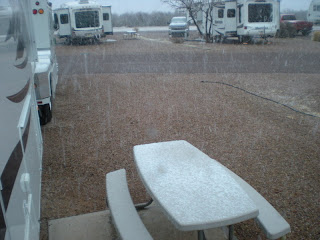 Neither one of us got much sleep last night...the wind was just ahowlin’! And the trailer was arockin’...trust me, it was the wind! We finally decided to get up and upon opening the blinds...oh look!!!...IT’S SNOWING!!!! I must say that I didn’t expect to experience snow in southern Arizona but at 4000 feet, I guess they do get snow occasionally here.
This is another Montana across the road from us...look at the snow on the truck! 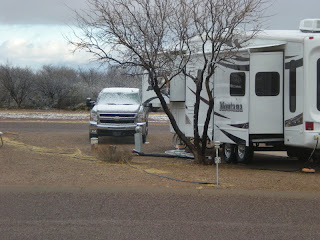 Well, one year ago today we moved into our 5th wheel and lived at Oceanside RV Park while still working the final 4 months of our “work life”. Going to work while living in our trailer was tough at first...it just didn’t seem right...I associated RV’s with vacations, relaxation...anything but the routine of daily work life. But those 4 months were a good decision on our part, allowing us time to get used to RV living, making it truly our home...wherever we are located.

And 8 months ago, the day before yesterday...February 26th, marked the start of our adventures! I still remember being in the ferry line up bright and early for the 8 a.m. ferry...just like it was yesterday! Our new lifestyle is everything we had hoped and dreamed it would be...we are having a blast!

With the forecast for cold, wind, rain and snow today, our only plan was to get the travel blog up-to-date. We are almost a week behind due to poor or no internet service. I was disappointed that WiFi was only available up in the library rather than throughout the whole park...oh well, I guess I will be spending some time up there today.

We were enjoying a nice leisurely start to the day with our coffee when the power went out. Hmmm...I guess there were a lot of heaters overpowering the electrical system! Steve checked the breakers on our post and they hadn’t tripped. Our neighbour came out of his rig and said that he found out that only the power in Loop C had gone out and maintenance was working on it. It was awhile before someone finally reset the breaker...I guess it was the first time that had happened. We carried on with our morning and just as I was going to start breakfast, the power went out again. After breakfast...and with the power still not on...Steve flagged down the maintenance fellow. He didn’t know that the power was out again and reset the breaker. The power still wasn’t coming back on to our trailer, so assuming all of loop C was out Steve walked down to the office. He returned with the maintenance fellow and it turned out it was the breaker on our power post that had tripped this time. Okay, we got that all fixed up. It seems whenever we are on a 30 amp service instead of 50 amp funny things happen with the power even though we monitor the voltage/amperage display panel...trying not to exceed the amperage. 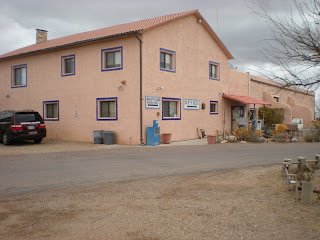 It was almost noon by the time we walked up to the office with the laptop...time to work on the blog. Steve wanted to pick out the pictures he had taken on our tour of the Caverns of Sonora...and that was the next blog to be posted. It took a long time...he had taken so many great pictures! After that day was done, Steve returned to the trailer to set up the satellite dish and while I continued updating the blog with the remaining days...I finally managed to get it up-to-date but it took over 2 hours!!
When I returned to the trailer, Steve was waiting for me to help with the satellite signal. We managed to latch onto a signal without too much trouble. It’s so much nicer having the satellite stations. Because there was a hard freeze warning Steve had also done a partial water fill to our tank. Just before dark he will drain the water filters and hoses and plug the block heater in the truck. Are we in southern Arizona?!

After a bit of lunch, I headed back to the library to see if I could update Serena (our GPS). The signal was strong enough and I managed to get it all paid for and what I thought was downloaded. The final process was updating the GPS and I thought that since it had downloaded to the laptop that I would not need the internet anymore...but I was wrong. And the final update of the GPS was going to take over 3 hours! Sheesh...I hadn’t expected that and I couldn’t stay there so I paused it. Hopefully, I’ll be able to pick up from where it left off next time I connect it.

Here are a couple of pictures of the rec hall and pool area... 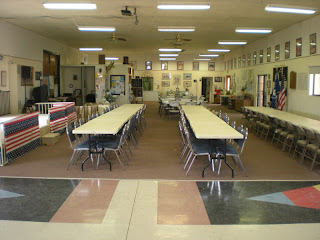 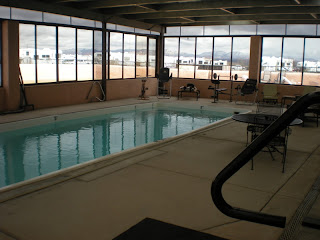 We went for a power walk around the campground when I got back. It was a cold blustery day but there had been bits of sun coming through. There had been snow and sleet off and on all day but there was no accumulation at all. Tomorrow it was supposed to warm up to around 60 degrees and then into the 70’s Tuesday for our ATV ride....YAY!

Beautiful views on our walk... 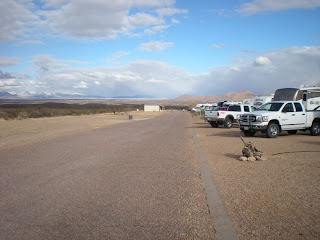 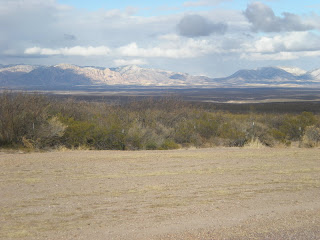 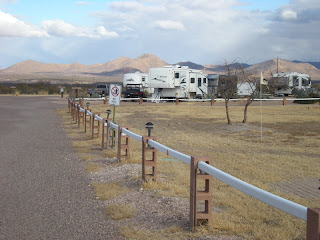 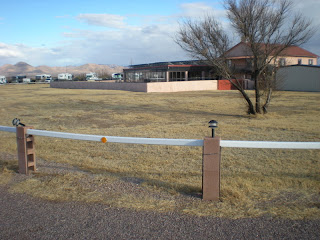 We hunkered down in front of the fireplace and watched TV for the rest of the evening.  We were looking forward to seeing the town of Tombstone tomorrow!

Of course, we must include some beautiful sunset pictures... 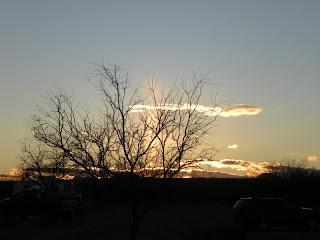 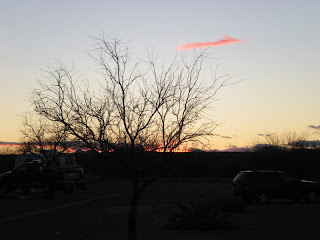 Posted by Dianne and Steve at 8:44 AM