We woke to bright sunny skies and no wind this morning. We had a nice leisurely start to the day...and then it was time for exercises, showers and breakfast. Our original plan had been to take care of all the laundry this morning and then go to Mesilla this afternoon but we decided to switch it around and do our sightseeing this morning. 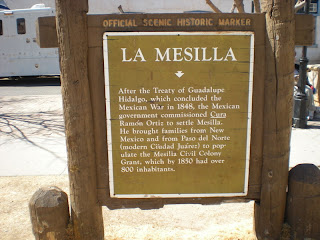 The old town of Mesilla (http://www.mesilla.com/) is a very pretty little town only about a mile further down the road from the RV resort. It was early when we arrived so there were few people wandering around but it got quite busy a little later on. There are a lot of little shops and restaurants housed in all the old historic buildings that are set around a big town square. 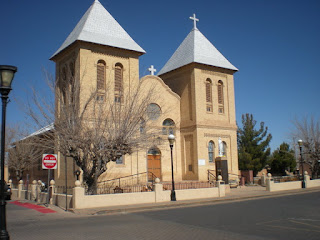 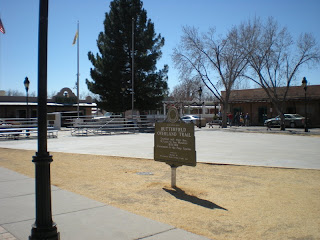 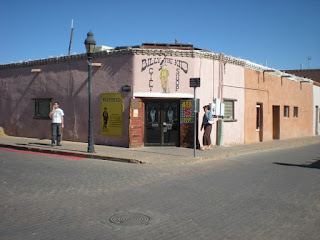 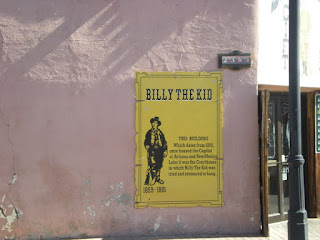 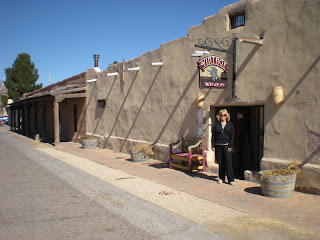 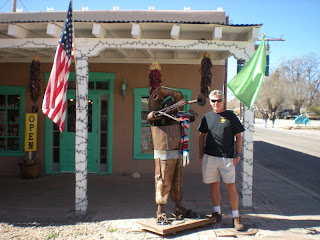 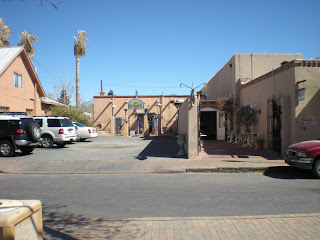 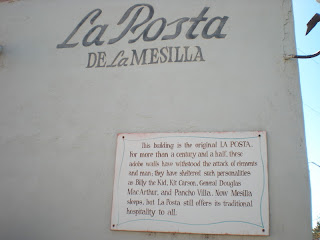 These pictures are taken inside LaPosta... 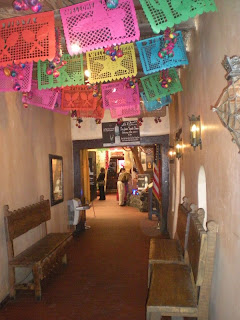 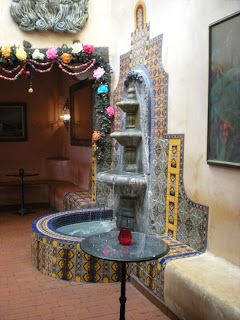 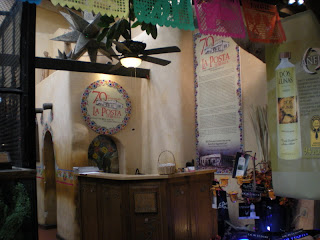 After wandering around for a couple of hours, we stopped at a little chocolate shop that advertised homemade ice cream. We each got a dish and took it across to the square and sat enjoying it and the sunshine. Then we headed home...and laundry.

I did five loads of laundry...thankfully no one else was trying to do their laundry so I had use of all machines! On one of my many trips back and forth to the laundry, Steve said that Ron had told him that it was Margarita night at the resort. Hey...sounds good!

While I was doing laundry Steve was on the laptop checking out the RV Park in Tombstone that our Michigan friends said that they were going to stay at. He was really excited when he read that there was ATV riding. It was also a Passport America campground...bonus! Our big decision was whether to head there tomorrow or wait until Monday. There was a big storm coming in tomorrow afternoon so we decided to get on the road early tomorrow for the 4 ½ hour drive before the high winds were scheduled to hit. Down here they have warnings about driving high profile vehicles in windy conditions as there is the danger of been blown over. Yikes!- Unfortunately, the park did not take reservations for Passport America users...it was on a first come, first serve basis but she said there were a few spots available at this point, so we decided to take a chance on a spot being available when we arrived. The sites are 50% off with a PA membership.

Once the laundry was all done, we decided to take a power walk around the park before the Margarita Party at 4:30. It was a little breezier this afternoon than it had been this morning but not nearly as windy as it had been yesterday.

Margarita night was from 4:30 to 5:30 and hosted by the resort...it was very nice. We chatted mostly with our Michigan friends...over a few margaritas... 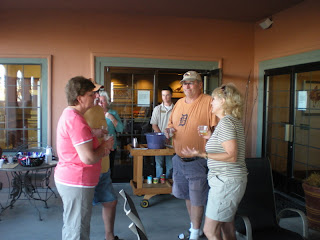 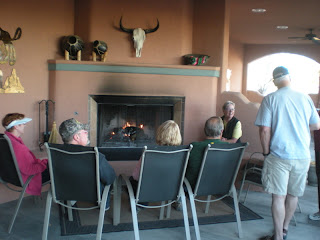 We said our goodbyes and headed back to the trailer at about 5:45. It was getting pretty chilly out by this time so we put our sweats on and warmed up by the fireplace. After dinner, we spend the rest of the evening watching TV.
Posted by Dianne and Steve