I had a great sleep last night...that nightquil just zonked me out!  After our usual start to the day, it was time to do our exercises.  I didn't have much energy, but I managed to get through one set.

Steve was in the shower and I was cooking breakfast when there was a knock on the door...oh, oh... no one (other than Steve) is allowed to see me before I've had my shower!  But Leonie got an eye-full...scary, isn't it??  They were up and ready to go whenever we were...well, as I have said many times, I may be an early riser but I rarely get moving, and with it being our exercise morning, we were even later.   Give us an hour or so, Leonie, and we'll be ready.

It was about 10:30 when we walked over to Leonie and Armand's. We chatted outside in the morning sunshine and then all piled into their truck and were off to Best Buy in Goodyear.  We were successful in finding a new 12V cord for Serena. 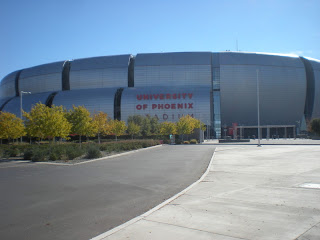 After that, Armand and Leonie took us on a tour of the area.  We went to the Phoenix Stadium and  Jobing.com Arena and then parked and wandered through the The Westgate Entertainment District.  Not very busy there today but I imagine it gets packed as people taking in a Coyotes game would go there for pre/post-game dinner and/or drinks. 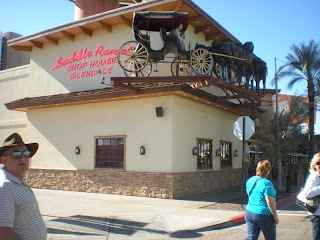 Dancing water in the background... 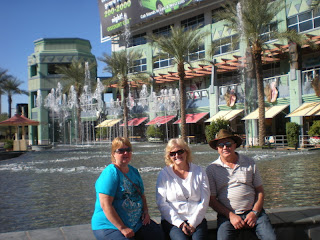 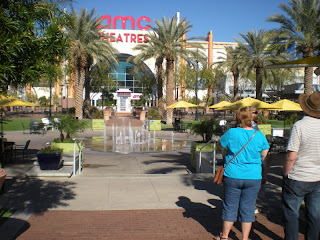 We wandered around the huge area and then drove to Cabelas.  It is such a great place to wander through...not necessarily for shopping but just for all of the wildlife displays they have...very impressive! 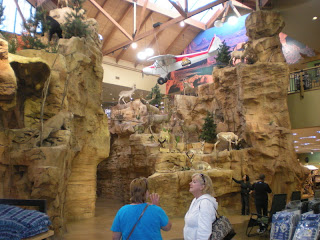 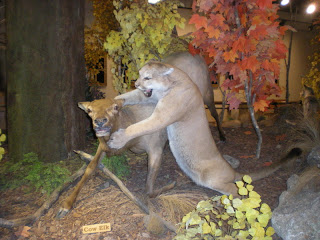 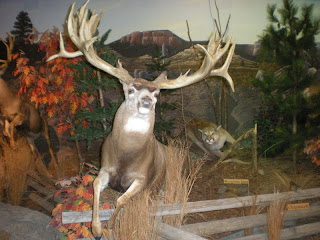 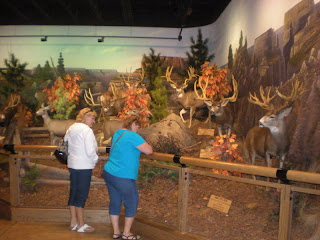 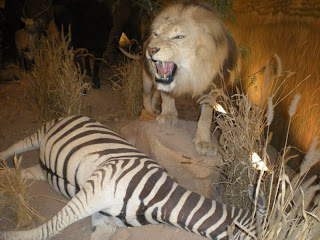 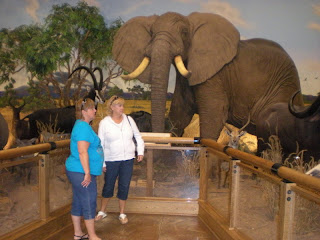 After lunch at Smash Burger, Armand drove us up to the top of South Mountain... (http://phoenix.gov/parks/trails/locations/south/index.html) There are tons of hiking trails in the park and such great views!  Although I must say the smog over the Phoenix area was very heavy today. 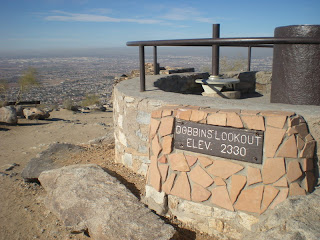 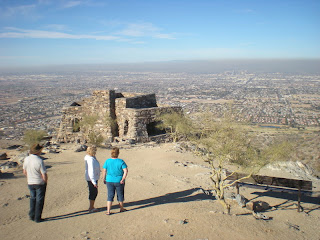 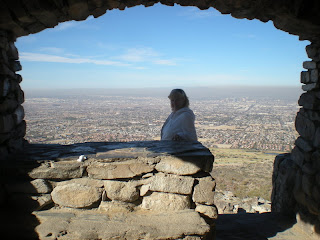 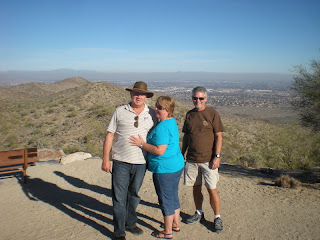 It was about 5:00 by the time we got home...what a great day!  We are going to go to "The Barn" (activity centre here at the park) to see a musical group playing tonight.  So we said goodbye to Leonie and Armand...see you just before 7:00.

Steve and I immediately jumped into the truck and headed off to find the Conoco Station that according to GasBuddies had the best diesel prices.  Unfortunately, we didn't find that station but we still managed to get a fairly decent price at Love's...$3.57/gallon. 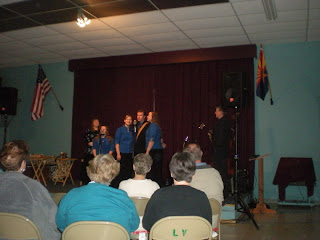 At about 6:40, Armand and Leonie "picked us up" and we all walked over to The Barn.  The musical group playing ended up being a gospel group...not exactly our cup of tea.  The family was very talented and we sat through until intermission and then gave our donation and headed back to our place.

We chatted for another couple of hours...and then called it a night.  We had had a great visit with Leonie and Armand...it was wonderful connecting with them again. We are moving onto Indio, California tomorrow.