Wow, here we are...the first day of 2015! Another year has just flown by. We're looking forward to the new year and new experiences! 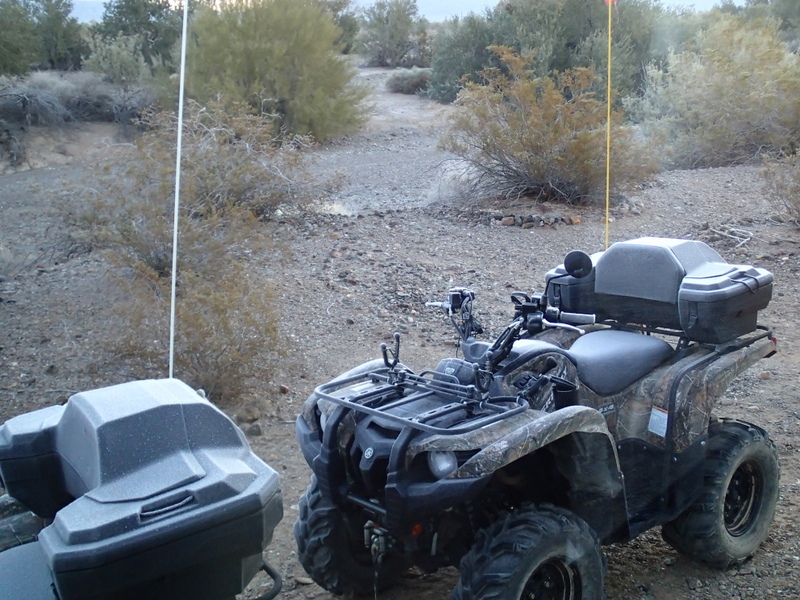 We really didn't do much today. Eventually, we got out for a walk but ended up cutting it short because the wind was brutal...so cold!

After lunch, Steve went with Red into town to get gas...and check out some of the vendors. I worked on our blog and basically puttered around inside.

We still seem to be having some problems with our solar...odd readings on the panel. Brian from next door was over taking a look at it when we had a surprise visit from Armand and Anne, friends from Midland LTVA outside of Blythe. It was a short visit and unfortunately, we were rather preoccupied with Brian. Nonetheless, it was good seeing them...we'll have to get together for another quad ride sometime.

Later that afternoon, Red and Pam came over and we enjoyed happy hour together...inside. We're looking forward to the temps warming up so we can sit outside again!

Friday morning the phone rang at about 10:00...it was Red asking if we wanted to go to the Desert Bar today. It is usually only open on weekends but with the holiday season, they were open today. So we quickly had breakfast, cleaned up the dishes and were ready to go about a half hour later. 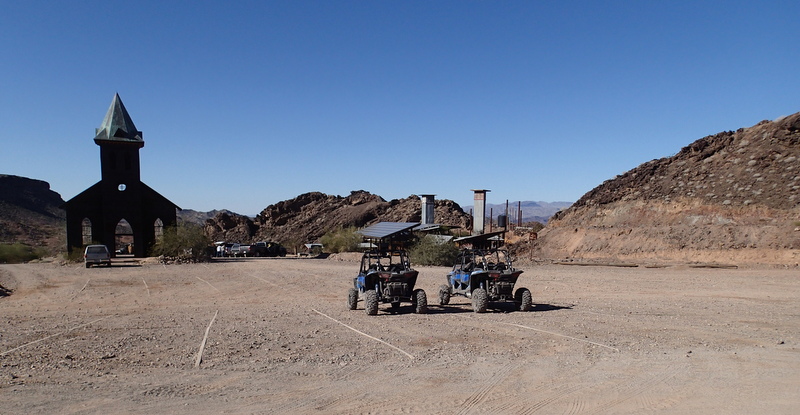 Cienega Springs Road that goes to the Desert Bar seemed much bumpier than usual this year. So after a slow and bumpy ride, we arrived shortly after 12...to a very empty parking lot. 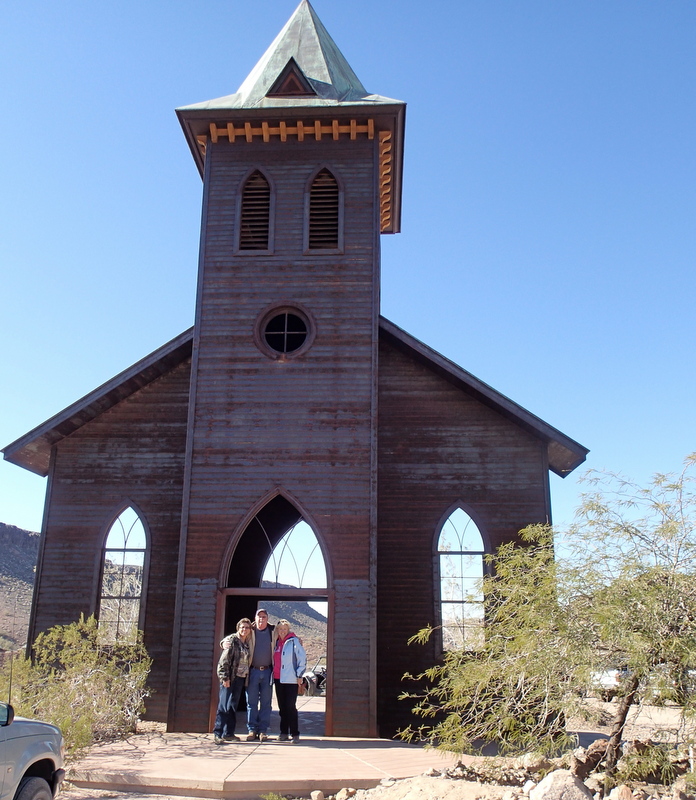 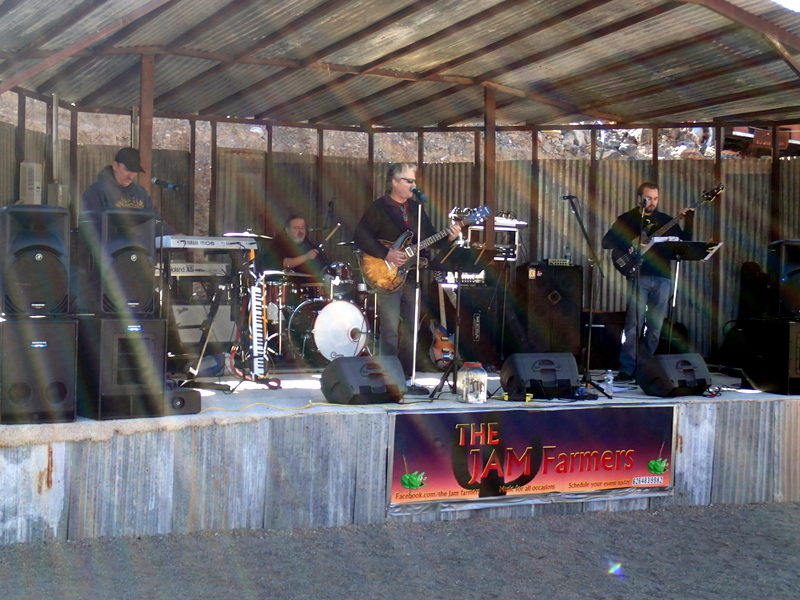 We wandered around a bit, got a drink and then settled at a table "down below" and waited for the band to start (Jam Farmers were playing...they were very good). For a change, it was nice getting a table in the full sun...usually, it's so hot that everyone is after tables in the shade!

The place eventually started to fill up but it still wasn't nearly as busy as we have seen it in the past! 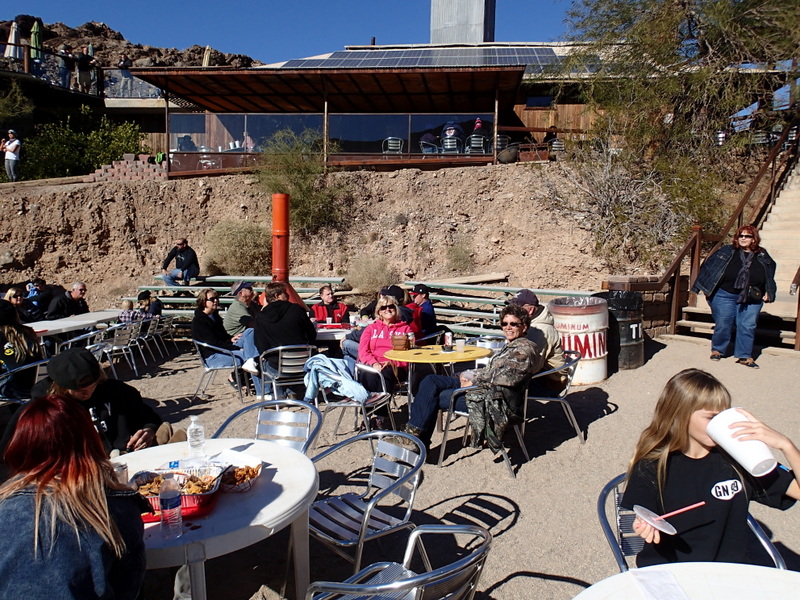 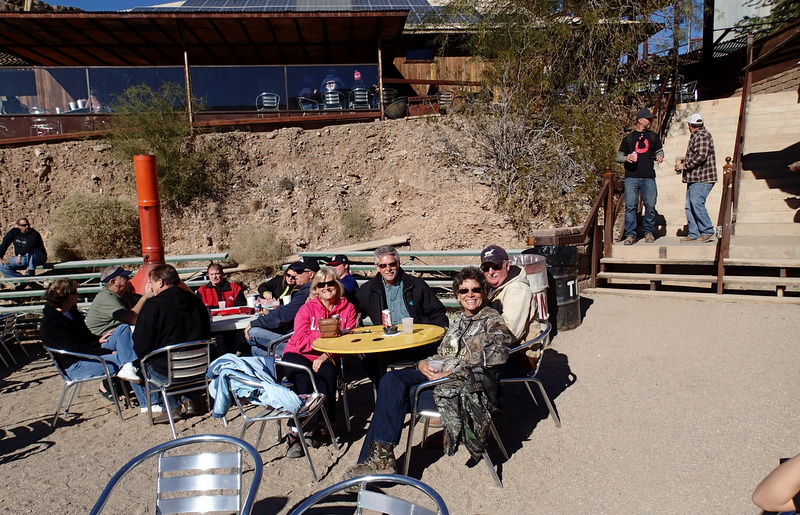 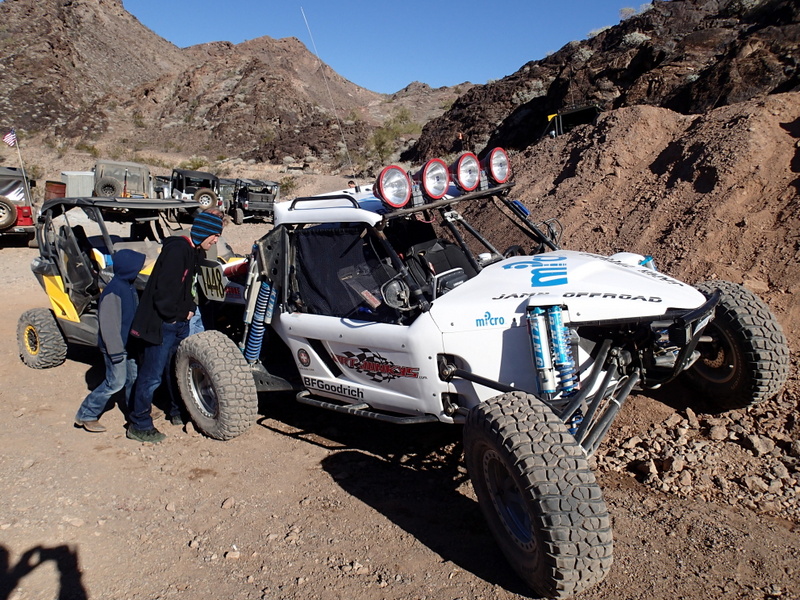 That little shack in the background is the original Desert Bar... 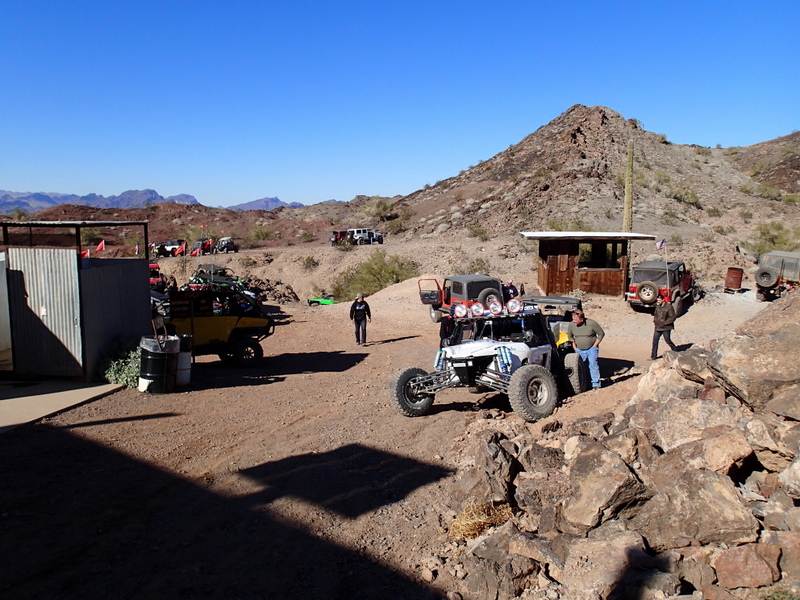 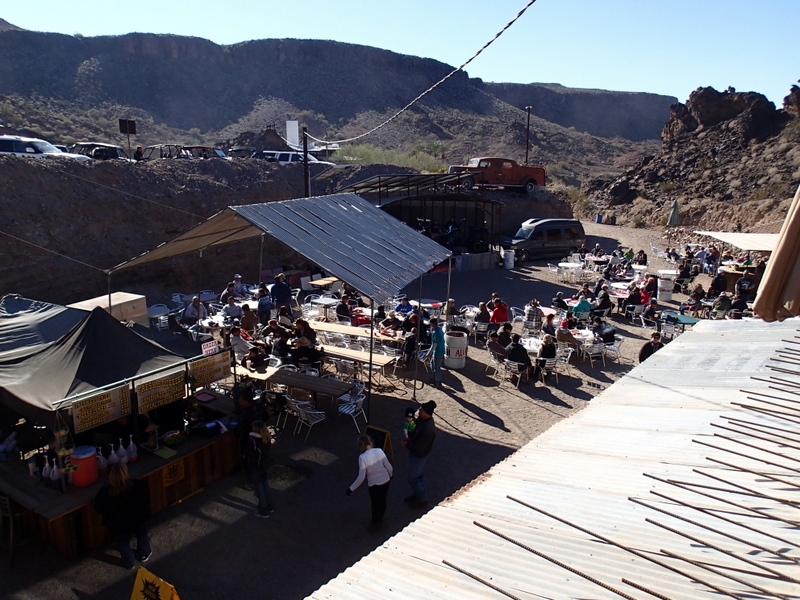 We enjoyed a couple of drinks, lunch...and then were on our way back to Parker to do a little shopping. 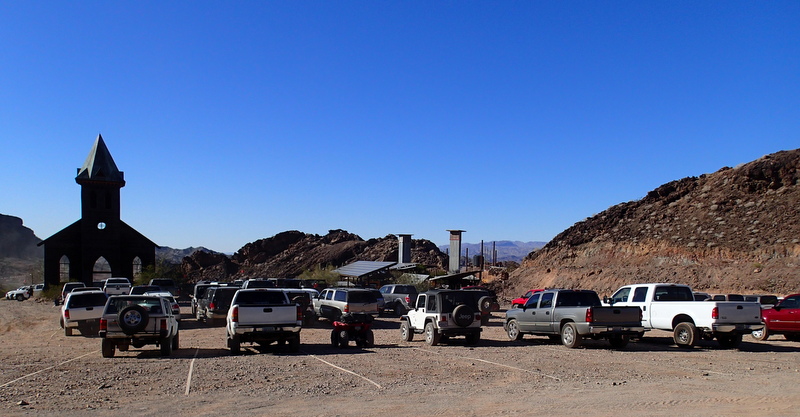 We didn't take many pictures because we have been to the Desert Bar numerous times. However, if you're interested in seeing more pictures, here is a link to a blog post from last February...click here.

We were back home around 4:30 and after putting our groceries away, we joined Red and Pam for drinks. As the sun went down, Red brought out their propane campfire...so nice! 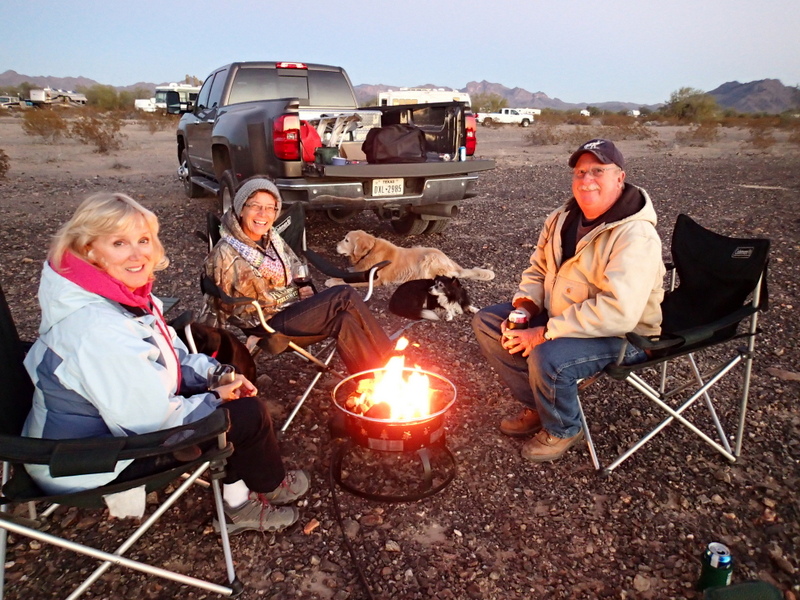 We called it a night around 6:00 and headed home for dinner...thanks for a great day, Pam and Red!

Posted by Dianne and Steve at 7:43 AM