The rumbling of thunder woke us up in the wee hours of the morning and then there was the pitter-patter of rain drops, so Steve got up and closed all of the windows. The rain really didn't amount to much but when we got up this morning, it was cloudy/smokey and a lot more humid than it had been. The day proved to be one of those "mixed bag" kind of days...some sun, a bit of rain but mostly cloudy. The area was also under a severe thunderstorm warning "...capable of producing strong wind gusts, large hail and heavy rain". Luckily it didn't materialize and the warning was lifted late in the afternoon.

With the weather warning, Steve hummed and hawed about whether to go ahead and launch the boat, but decided he might as well. So late morning we headed to the boat launch area...but first we had to get the truck out of the site. The front right wheel was in a bit of a drop off, so the truck was on an angle. Consequently, all the left back tire wanted to do was spin. Steve managed to back up a bit and then get out...a bit of spinning and a hole in the gravel but we fixed that up! 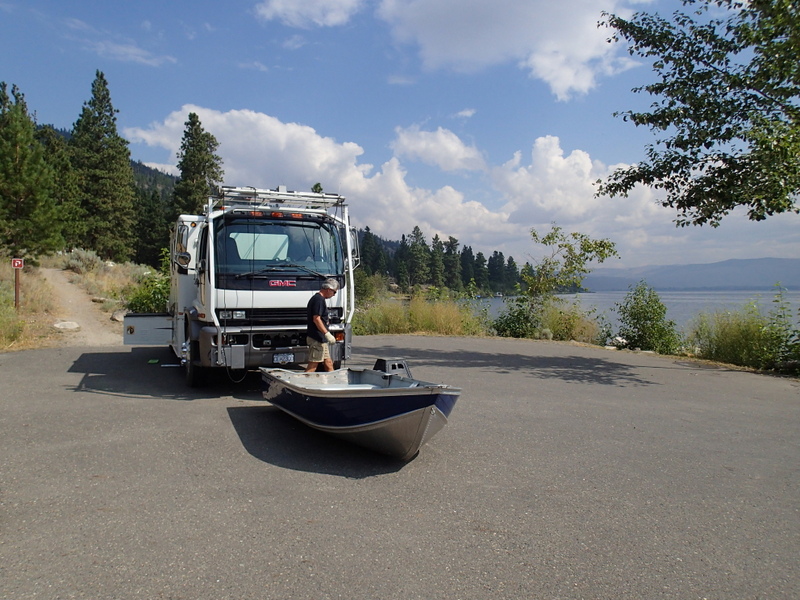 We made our way down to the boat launch and got the boat off-loaded. Steve took the boat to the beach in front (below) our site while I parked the truck up in the day-use area...I'll leave it to Steve to navigate the curves and tree branches through the campground and park at our site! 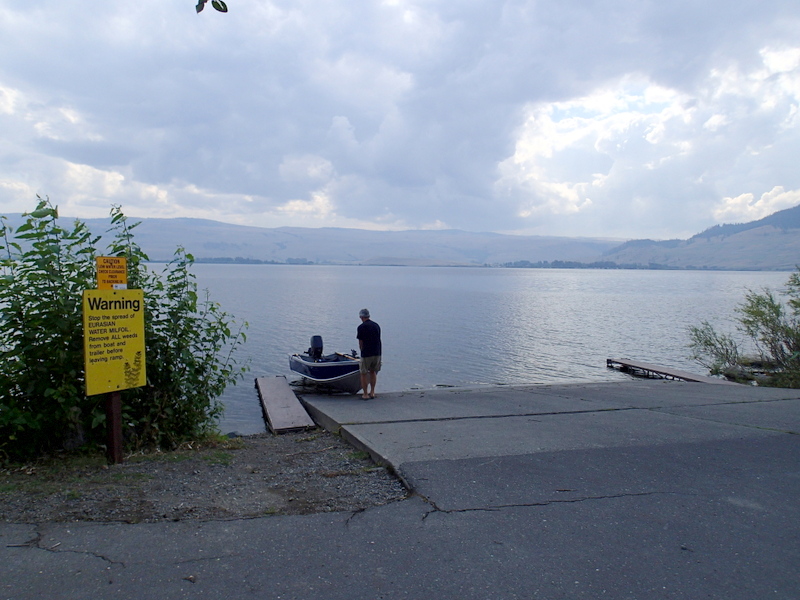 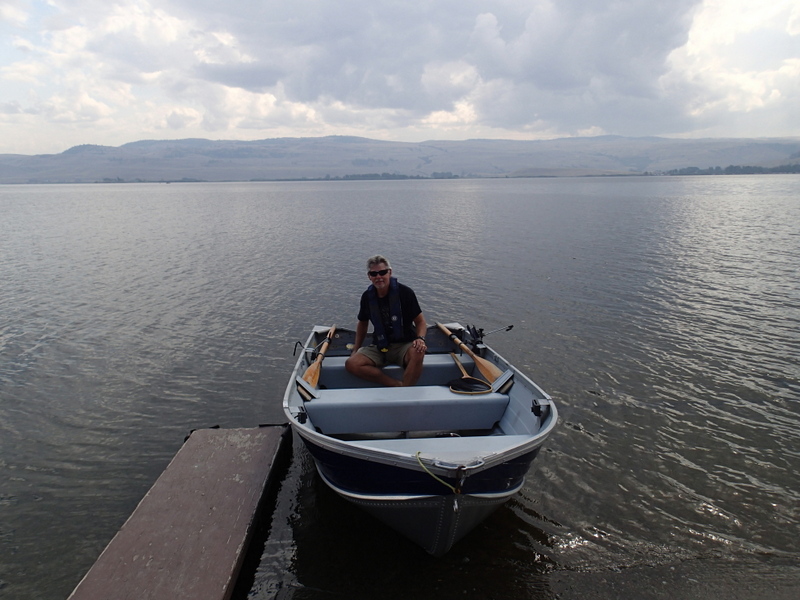 Steve had just returned with the truck and parked it (ensuring he stayed on level ground this time) when Gord, one of the part attendants, stopped by. Steve chatted with him about fishing and found out that Kokanee were running right now...and what to use to catch them. Gord offered to pick up some worms in Merritt for him this afternoon...thanks, Gord!

And that was pretty much our day. Steve did go out in the boat for about 45 minutes mid afternoon until the wind started and white caps forced him back in. Totally hooked on the Outlander Series by Diana Gabaldon, I downloaded her latest (8th) novel in the series (Written In My Own Heart's Blood) and got started on that.

Toni and Doug delivered the container of worms for Steve while making their rounds late evening...what service!

At about 9:30, we headed to bed...the bedroom TV uses much less power and with the cloudy skies, the solar hasn't been able to keep up and we don't like to run the generator that much when our neighbours are around. So Steve watched TV and I ready my book...