After breakfast, Steve went out to off-load the boat...he is dying to get out on the lake! Ray was already out in his V-Tube. Instead of getting the gas motor out, he decided to just use the electric motor for now.

So needless to say, as soon as Steve had all of his fishing paraphernalia together, he was out on the lake. Here are a few pictures he took.... 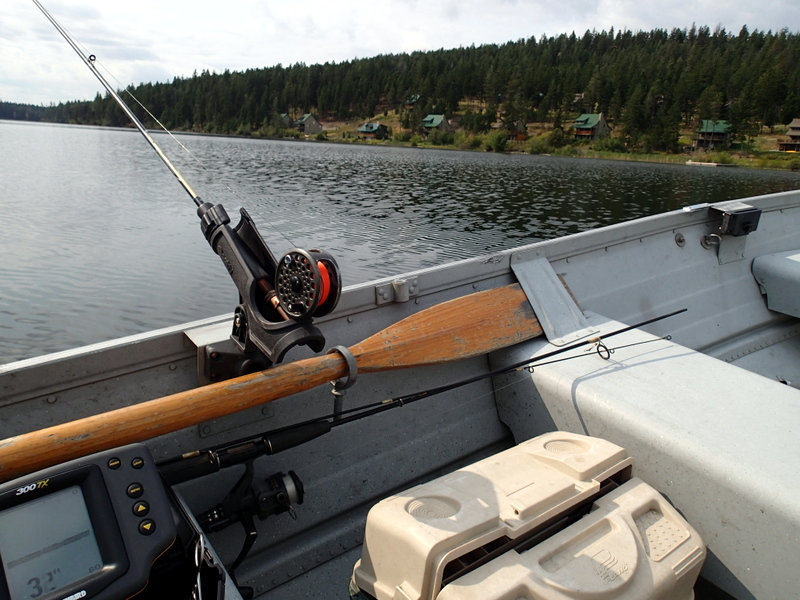 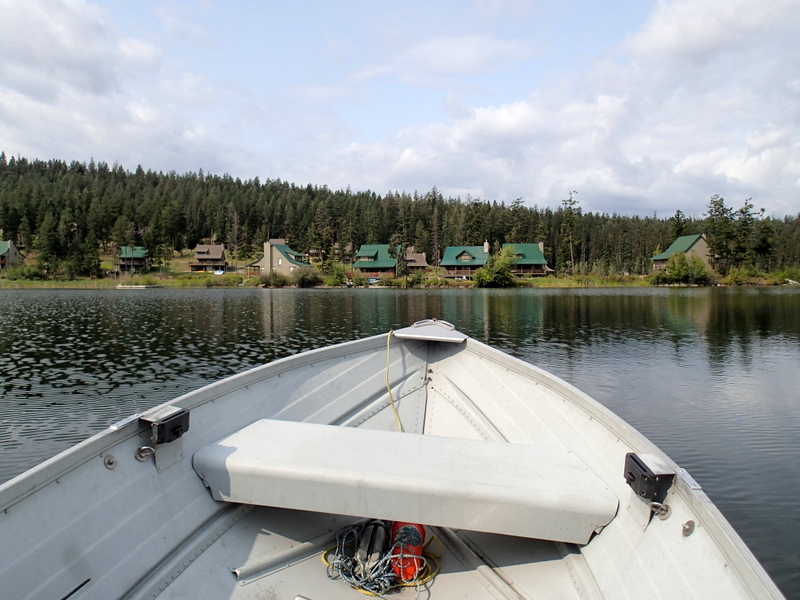 While he was out there, I took our MiFi over to Deb and Ray's to put on their booster. The internet/cell service here is weak and spotty but the Wilson antenna gives it a extra bar.

I was able to download and check our email and then I headed back to our place and spent the next couple of hours sitting outside reading.

Shortly after Steve came in (no fish in but a few bites), Deb stopped by in the car...she was heading to the Quilchena General Store to pick up a prime rib roast (Douglas Ranch beef) to serve her daughter and son-in-law who will be here this weekend (they are driving from Saskatchewan). Deb wanted to know if I wanted to go with her...hell ya! 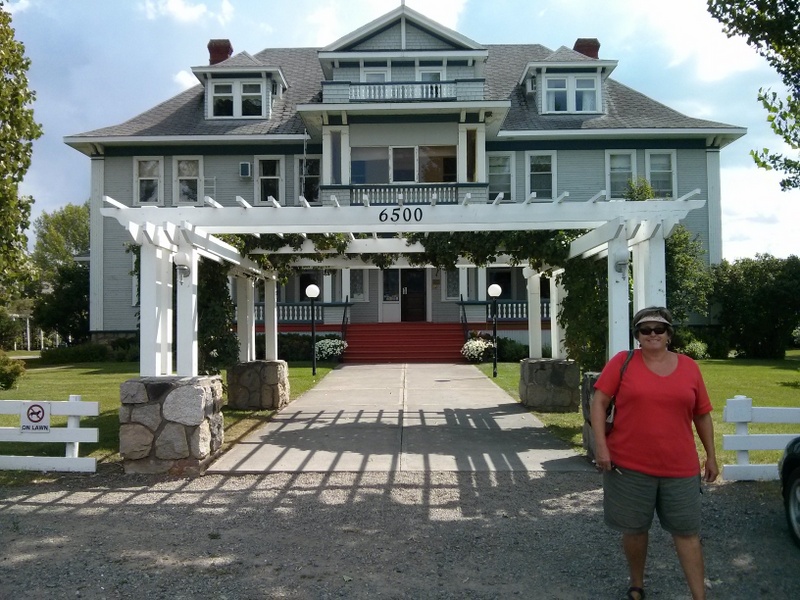 So off we went! We wandered around the general store and then went into the Inn for lunch. We shared a delicious Reuben sandwich (stacked high with Douglas Ranch beef!) and gabbed for a couple of hours....a great time...and thanks for lunch, Deb! 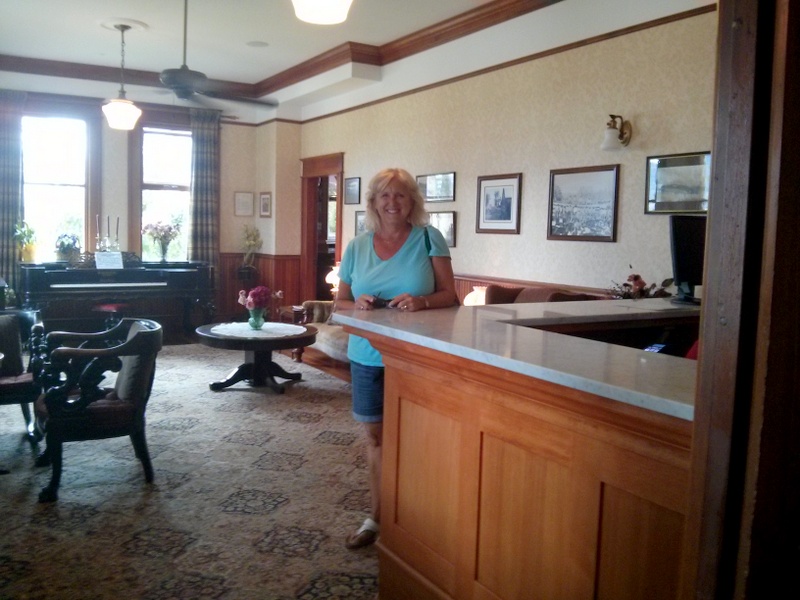 While we were gone, Steve changed the spark plug in the generator, cleaned the solar panels and also took some pictures. Ray came over to monitor Steve's progress cleaning the solar panels... 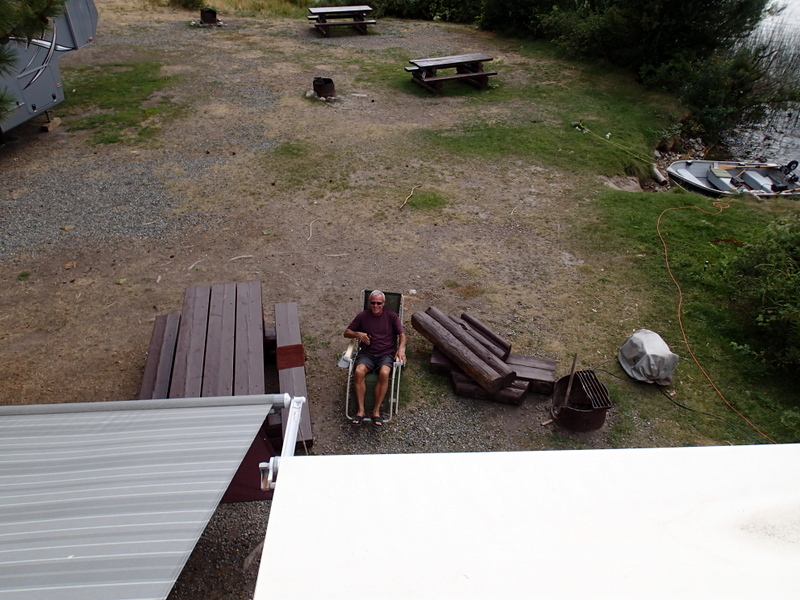 Panorama view...(Click any picture to enlarge)

That's Ray and Deb's motorhome over there...
T 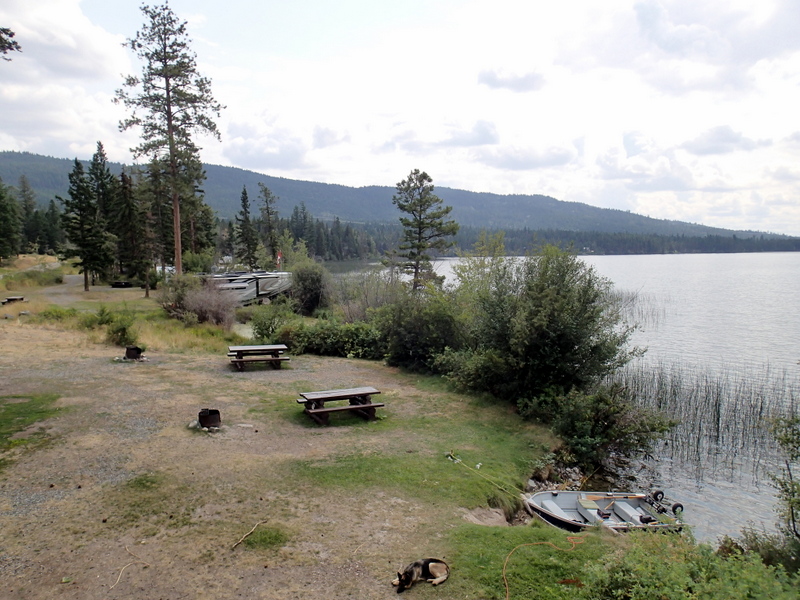 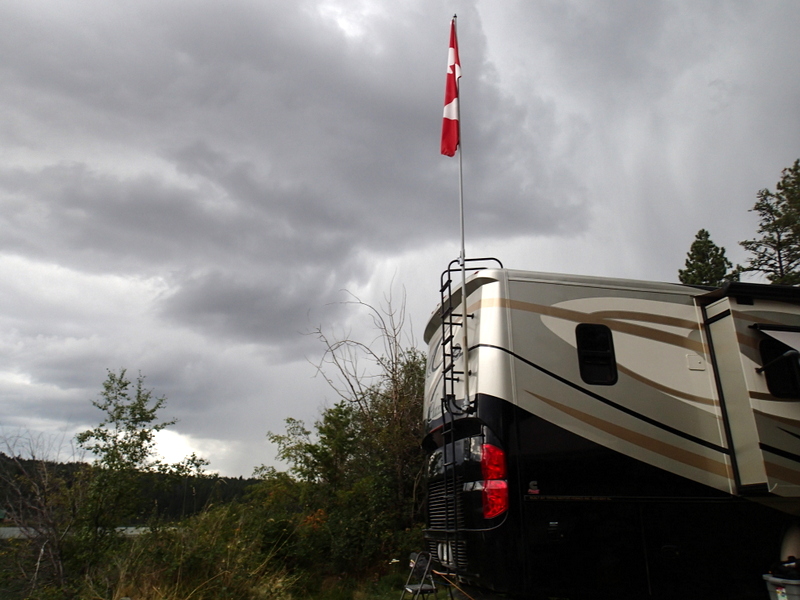 It was going on 3:30 by the time we got back to the campground...time to sit outside at Ray and Deb's place with a cocktail and watch the brewing storm coming in. Yes, there was a thunderstorm warning...and pretty soon we could hear the rumbling of thunder in the distance. It got closer and closer and as the dark clouds covered the sun, we all positioned our chairs to watch the lightning. It didn't disappoint us...putting on a good show with loud booms of thunder. Freya didn't like the thunder and tried crawling up on Ray's lap and then mine...poor girl! 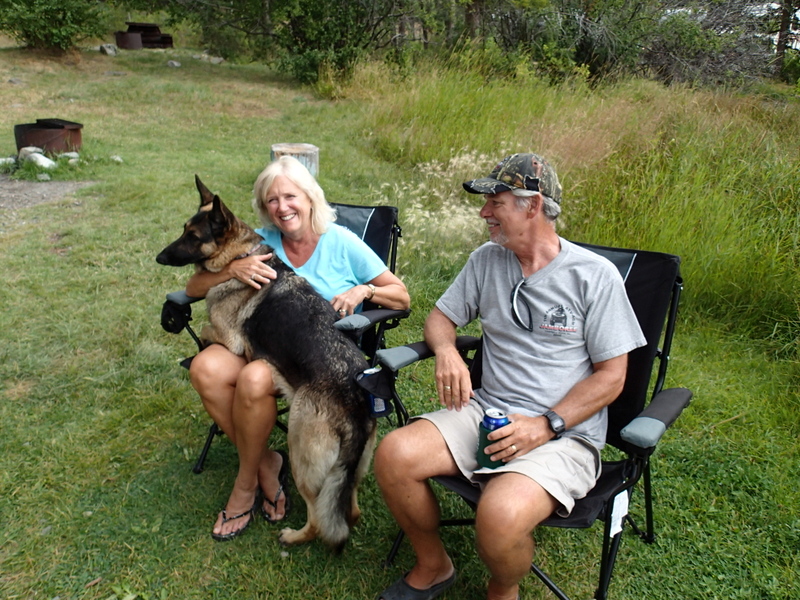 At about 5:30 we started feeling some raindrops so decided to head home rather than get caught in a big deluge of rain. The rain didn't amount to much at that point, coming down harder a little later on.

Steve contemplated going out for another fish after dinner but there were more dark clouds and thunder/lightning, so he decided against it. So the rest of the evening was spent watching TV...and I read my book.