Paul and Giselle along with their two adult sons, John and Chris, have been our neigbours since we returned from Kamloops last Thursday. Over the past couple of days, they have had family and friends join them in the surrounding campsites...so basically, we are right in the middle of what feels like a big family reunion. They occupy five sites surrounding us. They are all really nice people! Last night they all gathered next door and Paul brought out his guitar and they were all sitting around a propane campfire singing. Shortly after 10:00 I heard a car driving in and thought it was rather late for someone to be arriving...this morning, we found out that it was the police. Apparently someone driving by the campground saw the campfire and reported it thinking that it was a wood fire (there's a campfire ban on right now)...so they called the RCMP in Logan Lake. Well, everyone got quite a laugh out of it...Paul and Giselle are from Logan Lake and knew the Officer...she had to get out of bed for the call.

We've had a great time here at Paska Lake...it's a gorgeous spot! But it's been 3 weeks and time to move on. After saying our goodbyes to our neighbours, we headed off...it was shortly after 10:00. We have decided to surprise Ray and Deb at Tunkwa Lake and join them for a few days. 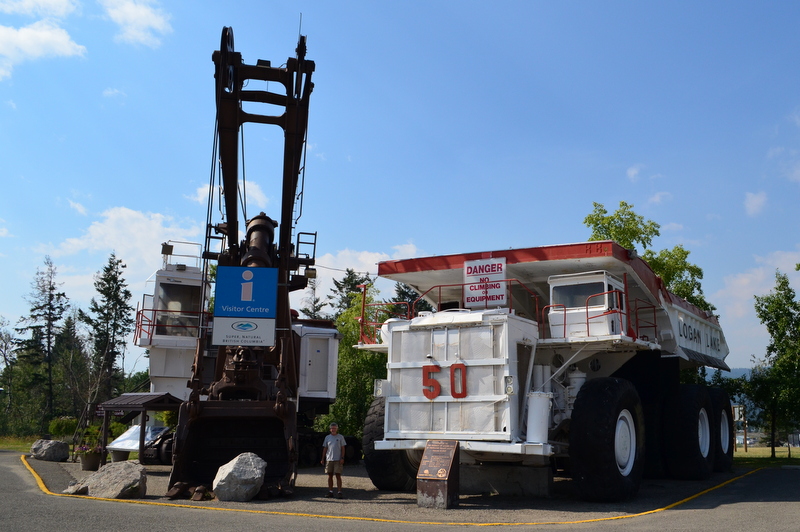 We stopped in Logan Lake at the tourist information area and after taking a couple of pictures, I walked across the highway to the plaza to pick up a few groceries, wine and some cash. After a stop at the sani-dump, we were on our way to Tunkwa Provincial Park. This time we are going to stay at the Tunkwa Lake campground...it's hard to believe it was over a month ago that we were here staying at the Leighton Lake North campground. 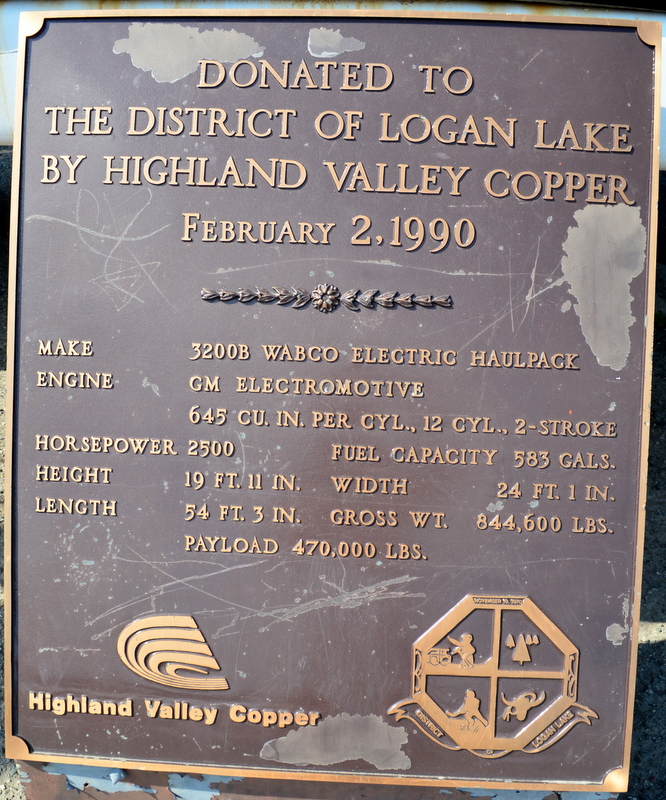 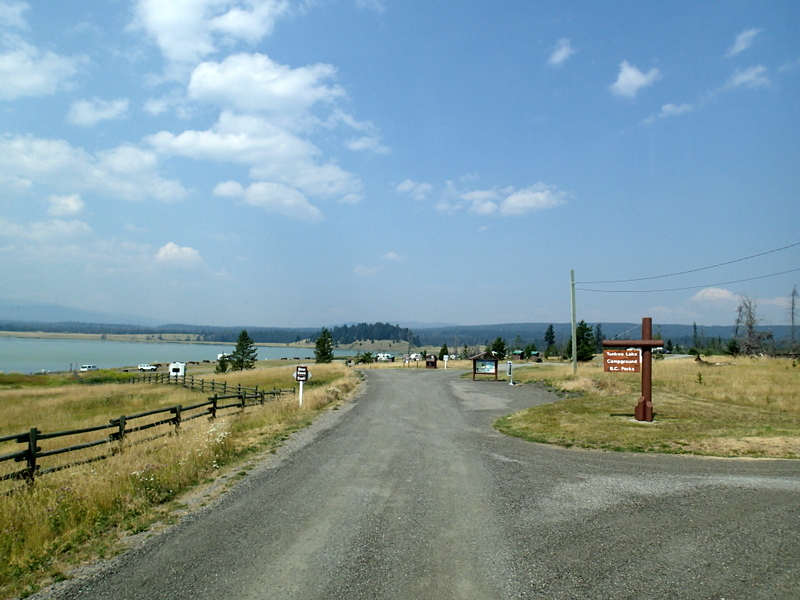 As we headed towards the end of the campground where we thought Ray and Deb were, we didn't see their motorcoach...hmmm...I guess they have moved on! Not having any cell/internet signal, we hadn't been in touch with them, nor had we checked their blog...oh well. 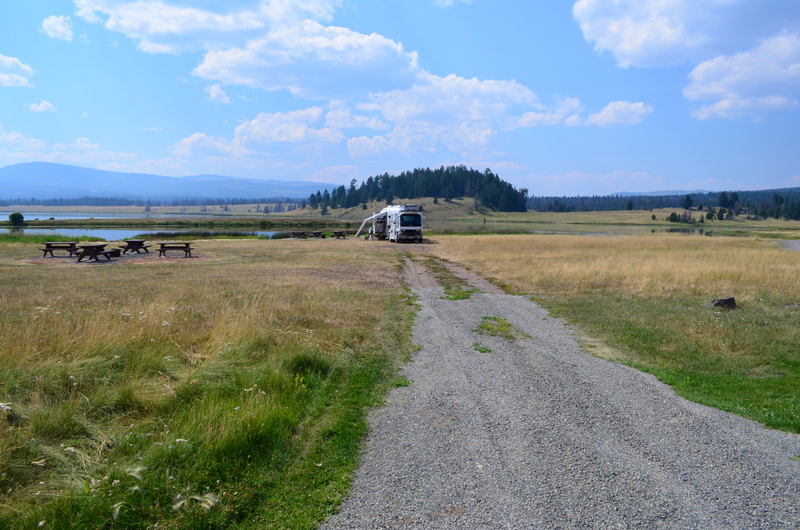 We decided on a spot on the lakefront. We were quite surprised at how few people were here. It was going on 1:00 by this time, so after getting leveled off and unhitched, the first thing I did was make us some lunch. Then it was time to unpack and get set up in our new spot. 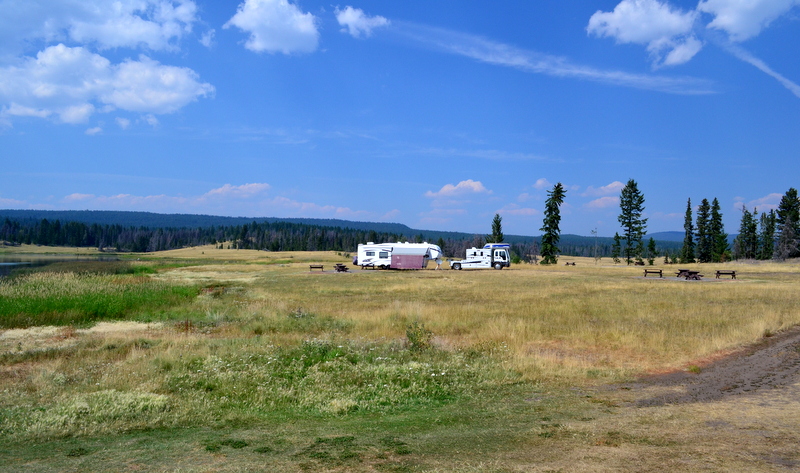 Not having any shade, we put up the sunscreen...and then it was time to relax. Steve decided to bring out the bedroom TV so we could watch the news outside.This is only the second time we have ever done this. 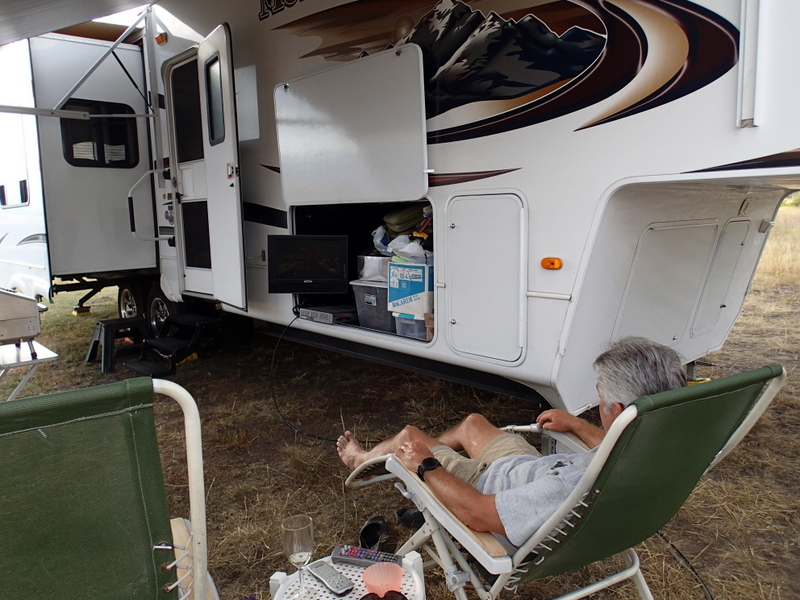 Late afternoon, a group of RVs decided to take the site behind us (the one we share the driveway with). So much for our piece and quiet...oh well! It's a great spot!