After his coffee this morning, Steve headed out in the boat fishing. 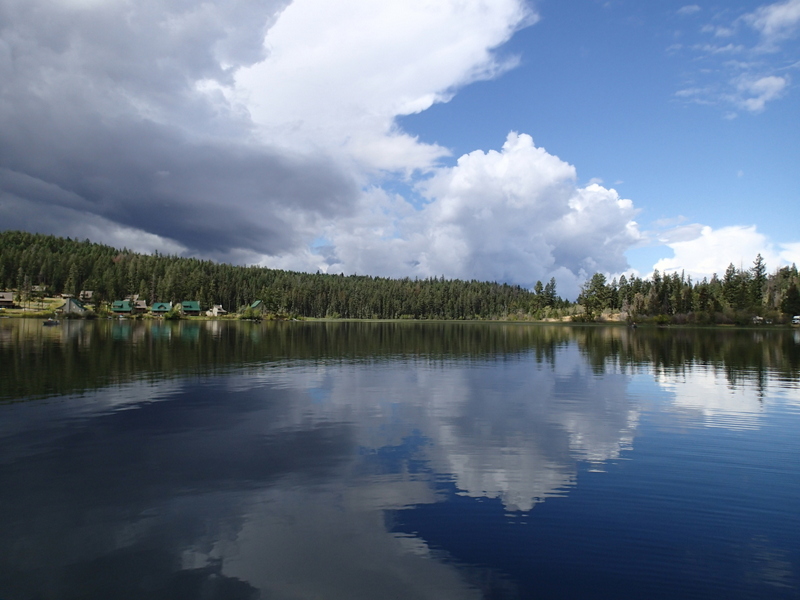 It was a cool morning with possible thunderstorms forecast for today. Judging by the looks of those clouds, I'd say they are right on....and they were, it wasn't long before we started hearing the rumble of thunder.

And that's what the day was like weather-wise...on again, off again thunder along with some rain, and sun.

I spent the morning doing a little baking and trying to get pictures uploaded to the blog using a very intermittent internet signal. After I took the walnut raisin loaf out of the oven, I took the laptop and MiFi over to Ray and Deb's place to use their internet signal booster. While the pictures were uploading, I chatted with Deb and after accomplishing the upload, I went back to our rig. Steve had come back in from fishing...his growling stomach and the rumble of thunder had brought him in.

After lunch, we thought we would go out for a walk before it started raining...there were some pretty nasty looking clouds out there! 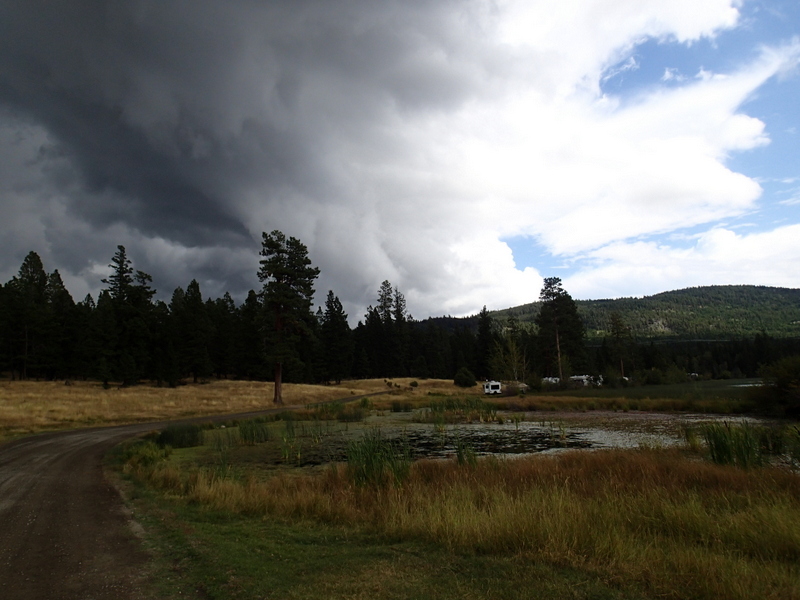 We read and puttered around inside for most of the afternoon. We didn't think we'd be able to have our happy hour outside because of the rain, but just before 4:00 it stopped and Steve went out to get a campfire going. Deb and Ray came over and we enjoyed cocktails and dinner with them. 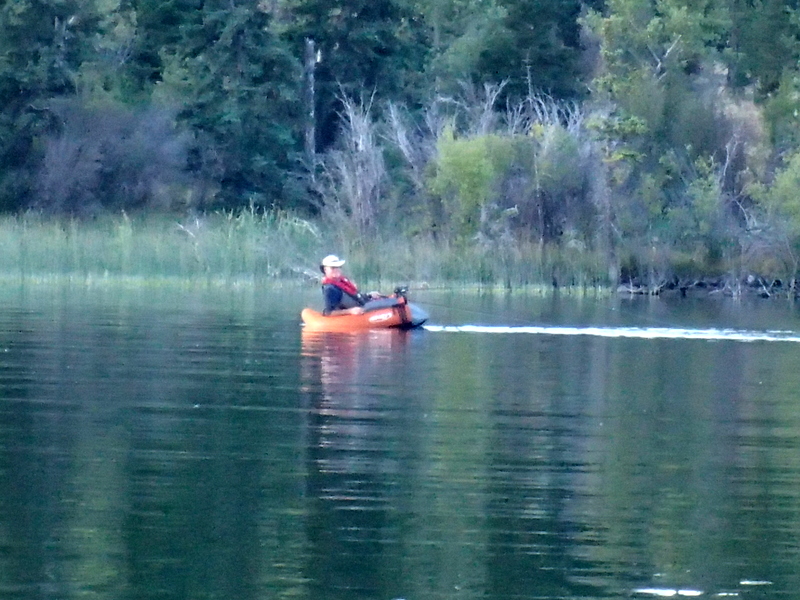 After dinner, we returned to the campfire for dessert and then it was time for Ray and Steve to head out for their evening fish.

Deb and I sat in front of the campfire with a mug of hot chocolate with Amaretto (thanks, Deb!). I was looking through some cookbooks that she had brought over. She's trying to get me a little more enthused about cooking....haha....good luck with that, Deb! LOL!

Deb headed home around 8:00 just after Ray had come in. Apparently he caught a 17 inch trout and lost another nice fish. I sat out until Steve came in about a half hour later. He, too, caught fish...one 12 inch and two 10 inch...very nice!