It was a very warm night last night...a big thunderstorm is forecast for this afternoon. In the meantime, it was very hot and humid.

Steve worked on pictures and then went with Red across the border into Oklahoma to pick up some beer...at least it's only about 20 minutes away. While they were gone, I finished up a blog.

I just chilled all afternoon as the storm hit...Steve was out in the barn with Red helping him install some lights. We had a major downpour, complete with lots of thunder and lightning... 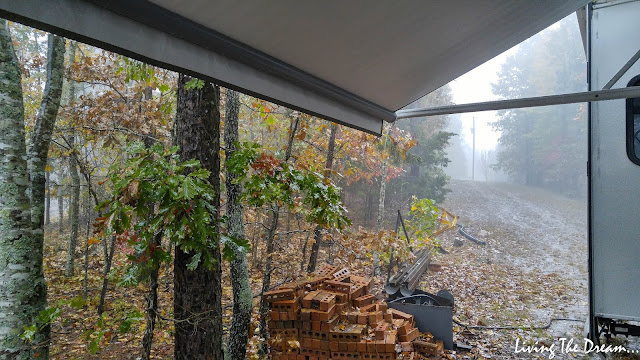 We joined Red and Pam in the barn for happy hour...while it still poured out. When it was dinnertime, we all gathered at our place...and Red and Pam brought dinner over! I'm going to have to do some cooking one of these days...once we get into town for some groceries! 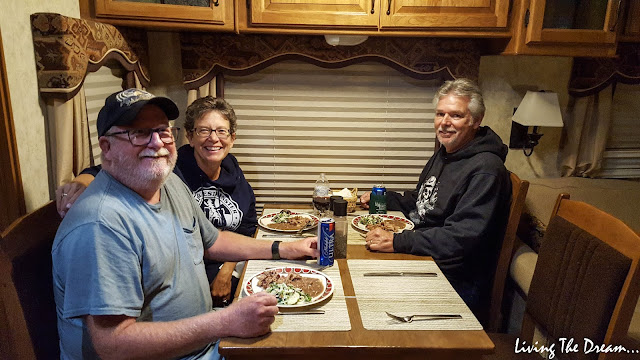 Friday morning, Pam and I headed into town to run a few errands. This time we took a different route...and the scenery was spectacular with beautiful fall colors! Pam drove around town a bit more, showing me the hospital, college and a beautiful park... 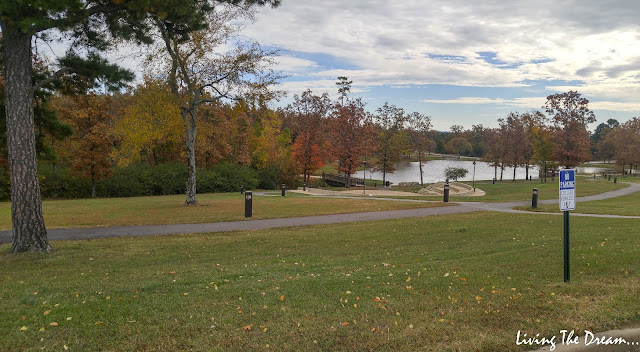 We stopped at a store call Stage, where I managed to find a new purse and wallet. After all that shopping, it was time for a latte, so we went to a cool little boutique that had recently opened up a coffee house in the back...good luck to the young couple who own it! 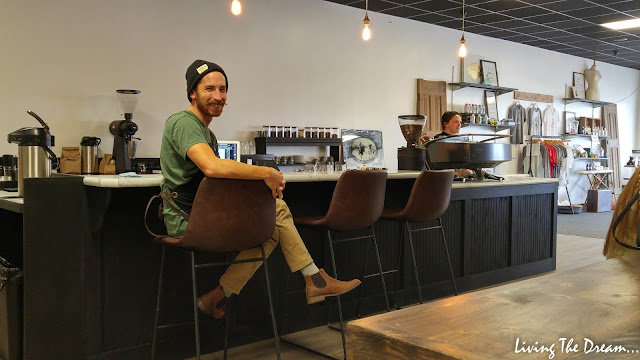 On the way home we stopped at Walmart where Pam picked out the yarn for a pair of slippers that I promised to knit her.

While we were in town today, Steve got another coat of paint on the lower skid pad assembly. If any of you have the same  MORryde Rubber Pin Box with these white glide discs that look like they're cracking and ready to fall apart they're most likely just fine. Our old ones were a bitch to get off! Even though Steve had let the rusted bolts soak for a couple of days they wouldn't budge. So Red brought over his Oscillating Tool with a saw blade to cut into the discs which took some doing as they would heat up and start to smoke and melt. Then it was out with a chisel and a hammer...Wow these things are tough. Once apart they were able to get the old bolts off and replaced with new ones.  He also replaced the rubber compression bumper in the front. Unfortunately MORryde didn't tell him there was one on the back too and only sold us the one...geez! Ready to install the lower skid pad assembly. This appeared to be a lot of work for nothing! Thanks for all your help Red! After completing that job it was onto more picture editing. 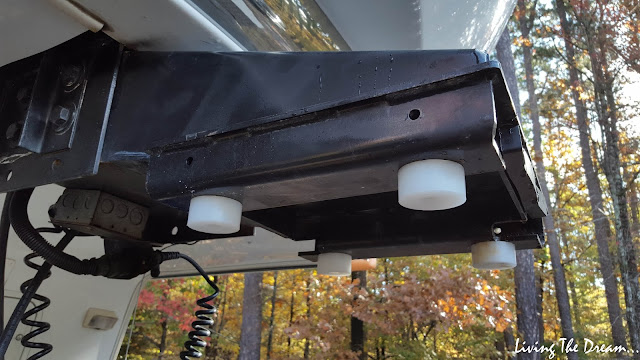 Once home, Pam and I sat outside...she was crocheting and I got started on her slippers. After a bit, we got a campfire going and toasted to another great day being together! We had a little music this afternoon....and Red and Pam even got up to dance. Unfortunately, I missed it because I had gone in to put the instant pot on. 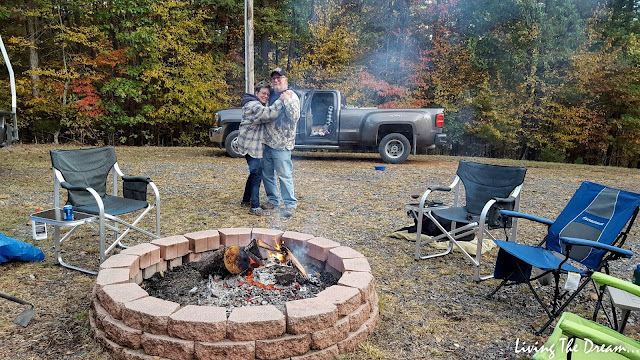 Dinner was ready at about 6:30, so we all headed in for beef pot roast, potatoes, carrots, onions with gravy...right out of the instant pot. No bell  peppers this time...I think Red enjoyed it much more!

After dinner, we headed back out for an after-dinner-drink by the campfire....another perfect day!