Considering the forecast was for a rainy day, it sure ended up being pretty darned nice...well, until 2:45 p.m....that's when the downpour started.

We had a very lazy start, did our resistance exercises and after showering, I made a "big" breakfast. After doing dishes and cleaning up...it was going on 11:00 when we decided to get out for a walk around the campground.

We walked past Chris and Cherie's (Technomadia) 1961 vintage bus home... Steve took a picture of one of the campground sites...as an example of some sites that are long and wide enough but have low hanging branches that need trimming... 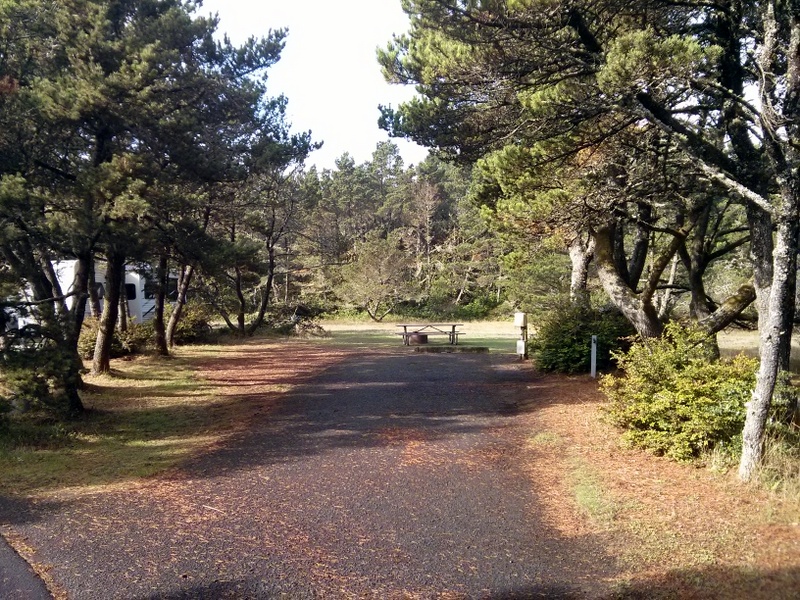 After that bit of exercise, Steve continued editing the pictures he took yesterday. I can't do the blog until he has done that. He managed to get 236 pictures down to 67...well done! While he was working on that, I did some baking and by the time I had that done, he was finished with the pictures. I managed to get yesterday's blog update done and posted.

As I mentioned, the rain hit just before 3:00...Steve had just put his chair away after coming in because the wind had come up and it was getting chilly. 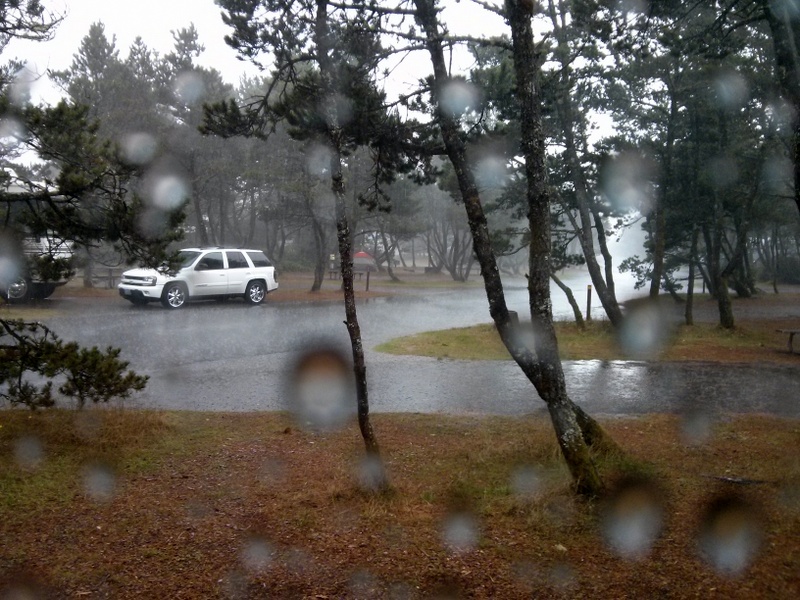 We spent the rest of the day hunkered down inside watching TV. It was nice having a "down" day today.

We are heading further down the coast to Carl G Washburne State Park tomorrow. Hopefully we get there before the next big storm hits. They are forecasting rain with winds as high as 60 mph! I've heard that there is no cell/internet service there...I hope the rumours are wrong, but if you don't hear from us for a bit, you'll know why.

Posted by Dianne and Steve at 7:04 AM