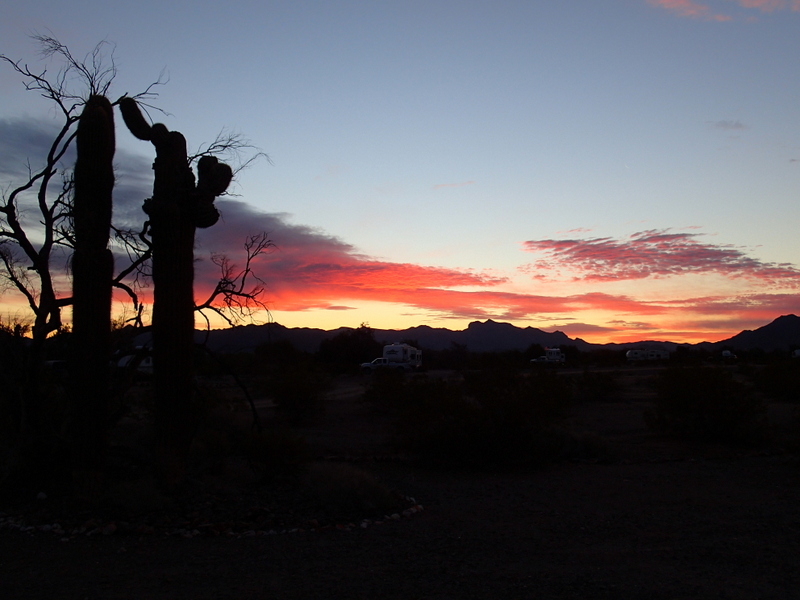 There was a beautiful sunrise this morning...a lovely start to the day. We went out for an early morning walk...the sun was shining but the wind had started. It was supposed to be a rather blustery day today.

After breakfast, we got ready to go out on one last ride on our ATV's. Steve and I decided to go and grab some geocaches that the others already have.

We went on a search for a string of caches that Bob and Sue had put out a few years ago. As usual, some were pretty tricky. 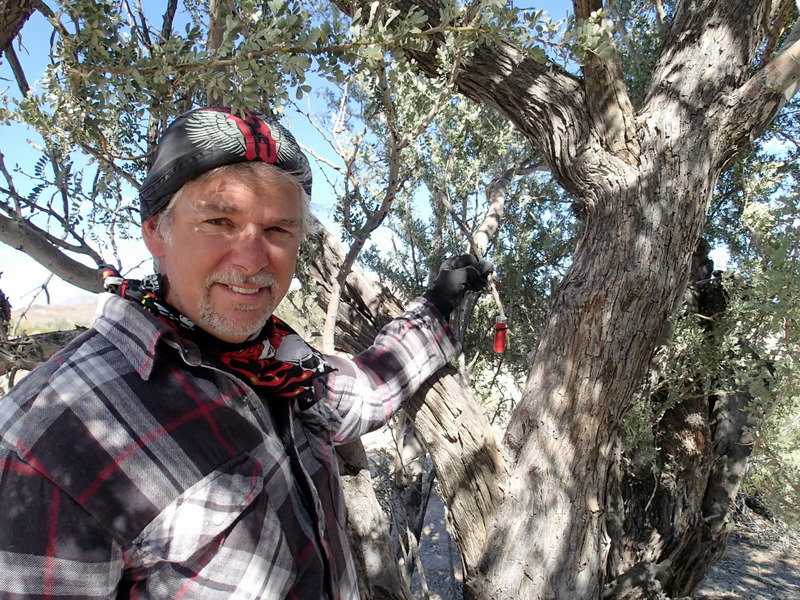 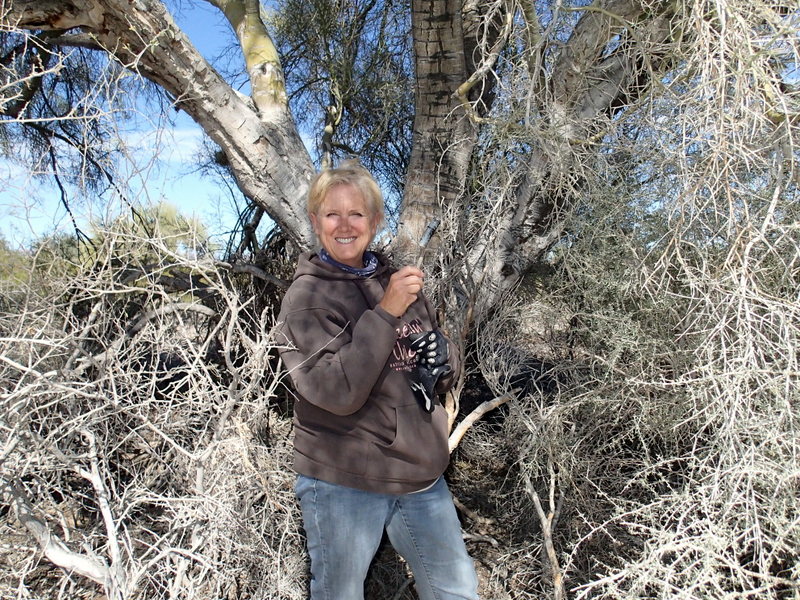 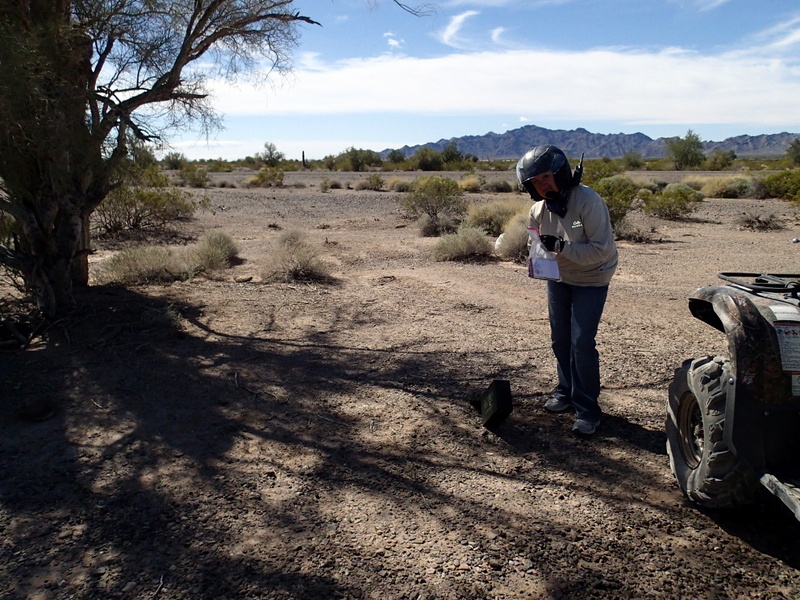 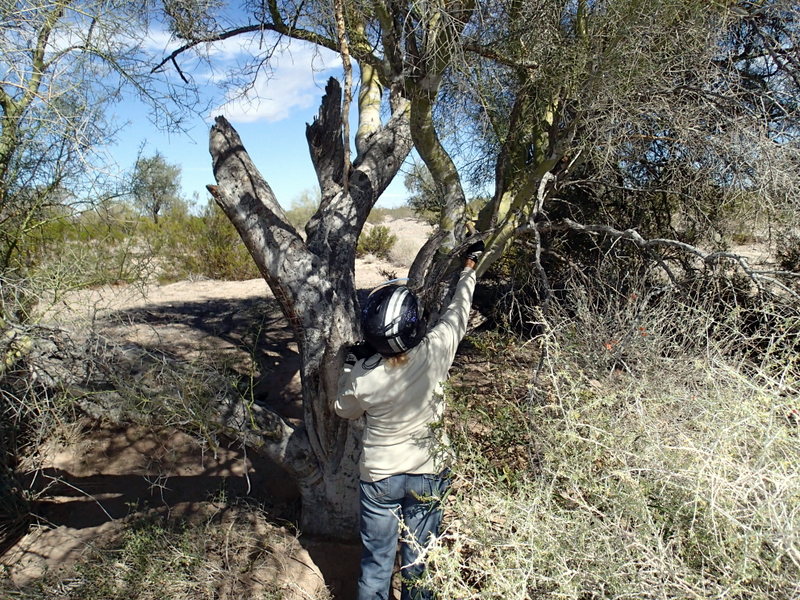 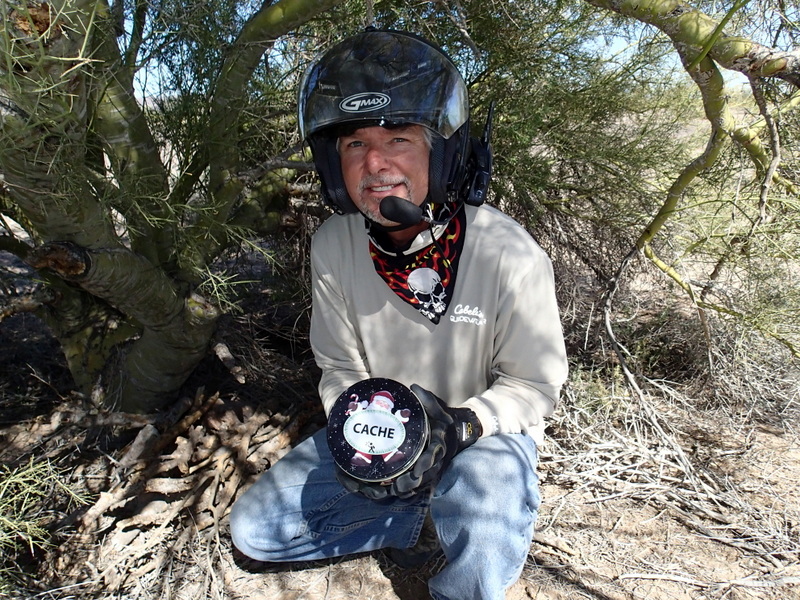 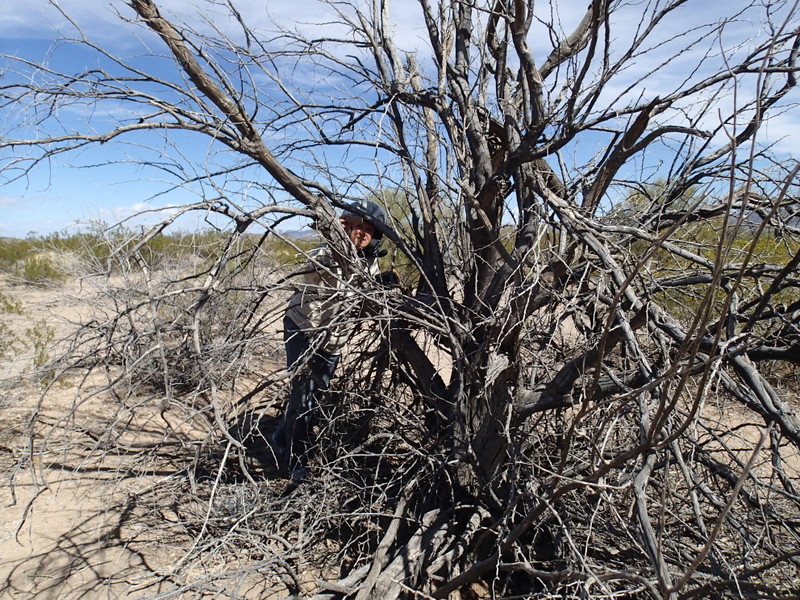 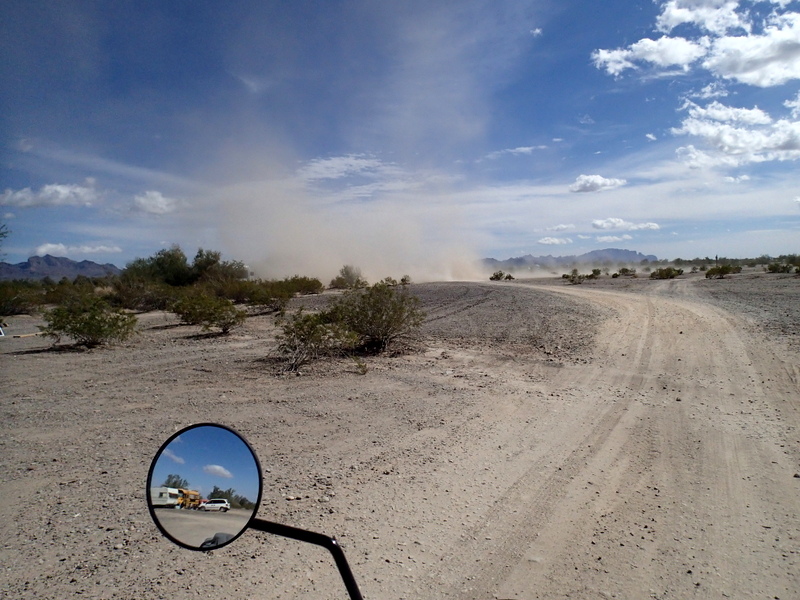 After about 3 hours and 27 geocaches, we were back home. As you can see by this dust devil, it was very windy out...Steve figured he'd stop and let it go by. The strong wind really sucks because we are having a potluck and campfire tonight. Since we are leaving on Sunday, we wanted to have one final gathering with everyone. We had originally planned it for tomorrow night but with the forecast of rain, we moved it up one day.

We had our truck positioned to block the wind as much as possible and Art also brought his truck over to help out. We started off with happy hour at 5:00...from left to right, going around the circle...me, Terry, Fred, Jan, Art, Earl, Joyce, Rob, Bob, Sue, Earl and Allison... 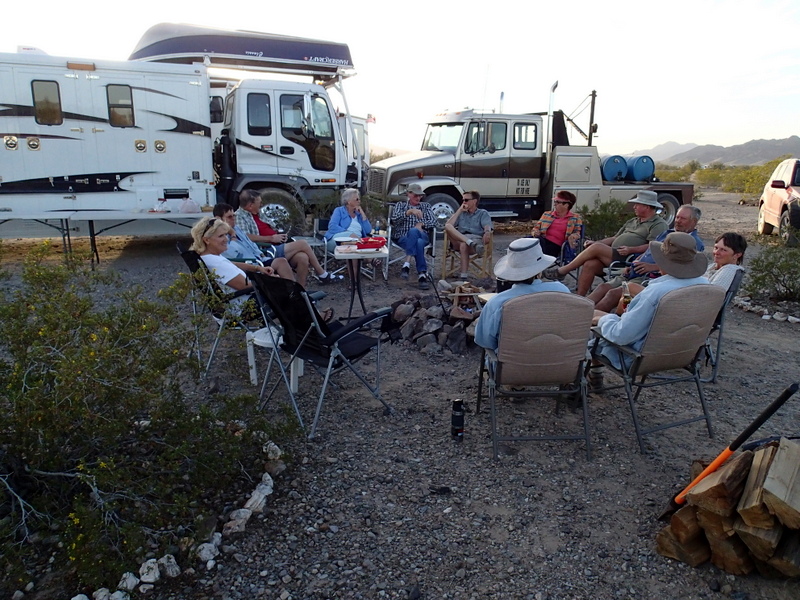 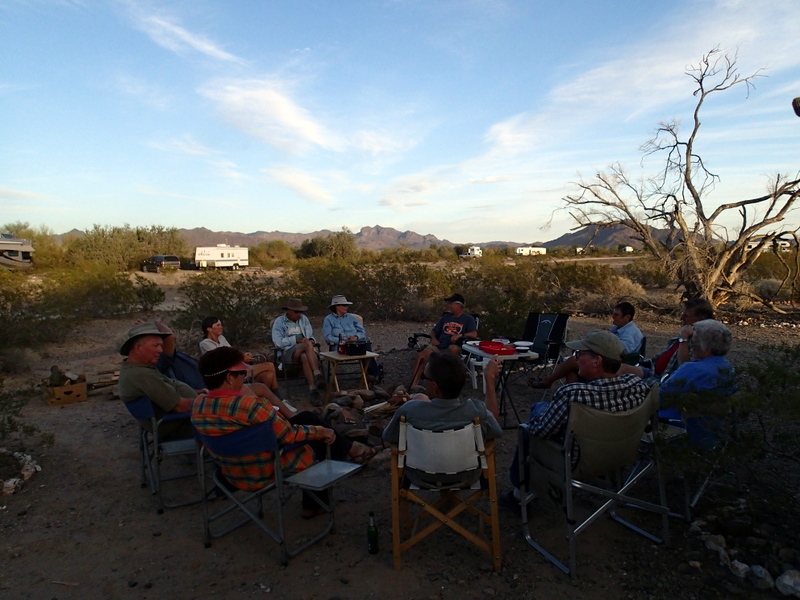 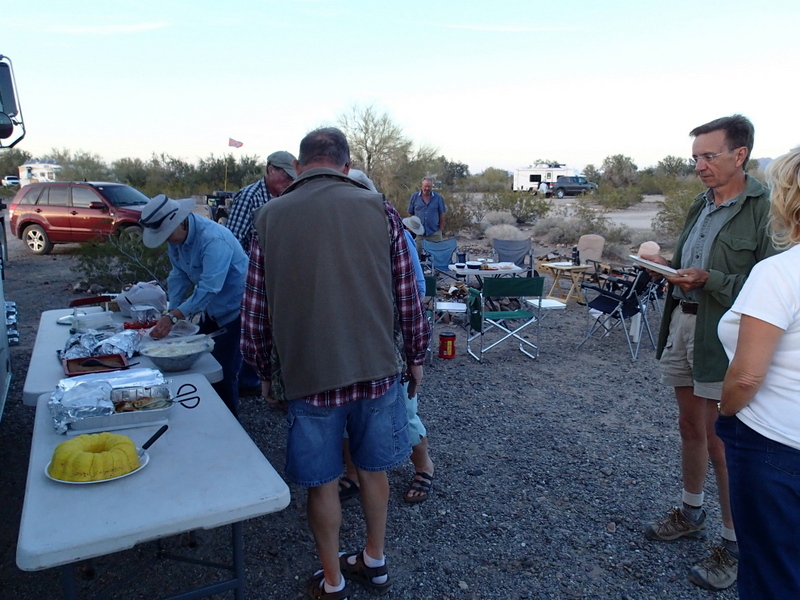 Shortly after 6:00, all of the food was brought out...a great feast for dinner! 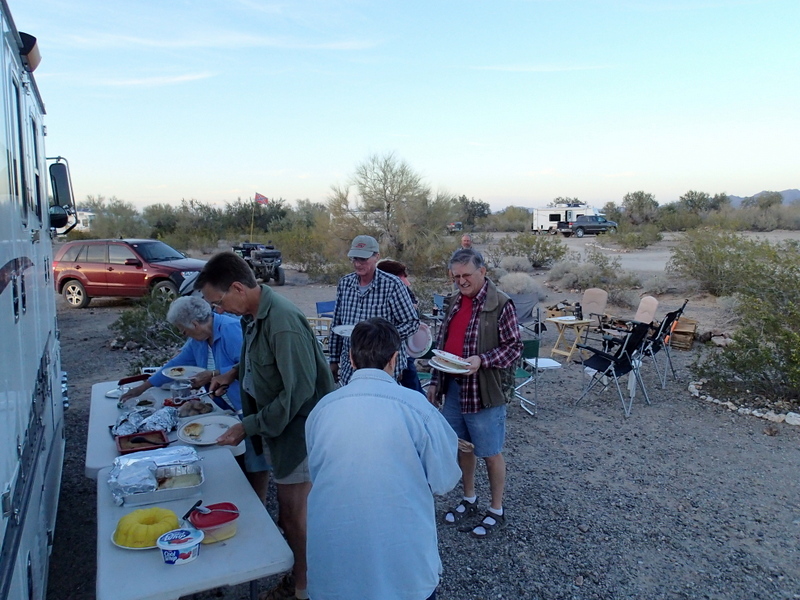 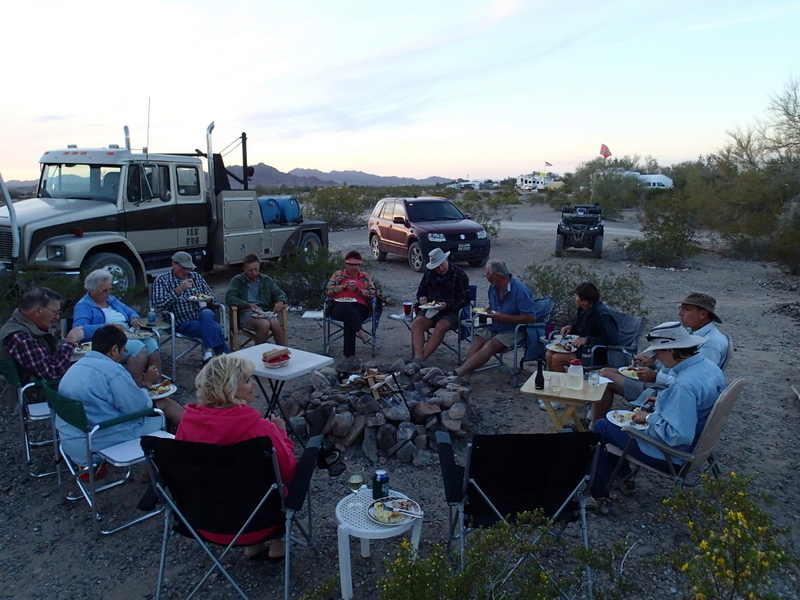 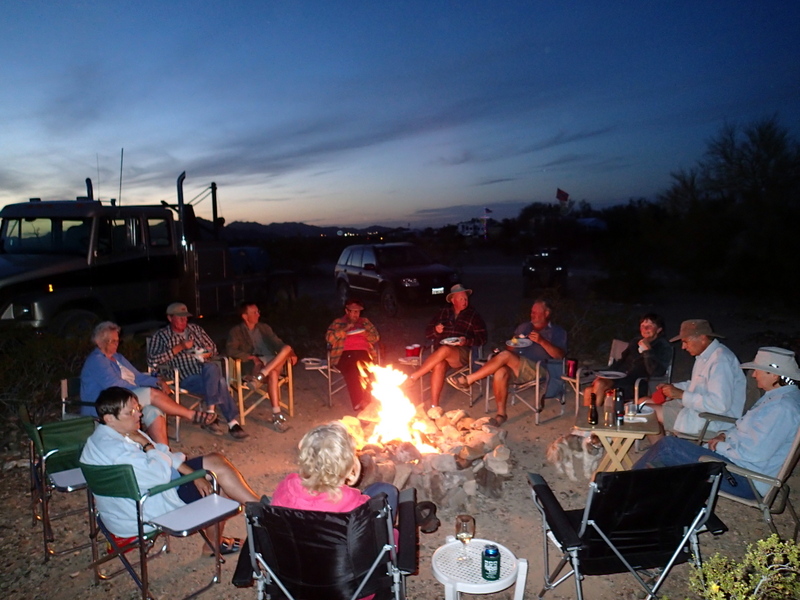 Eric lit the campfire as we were all finishing up with dessert... 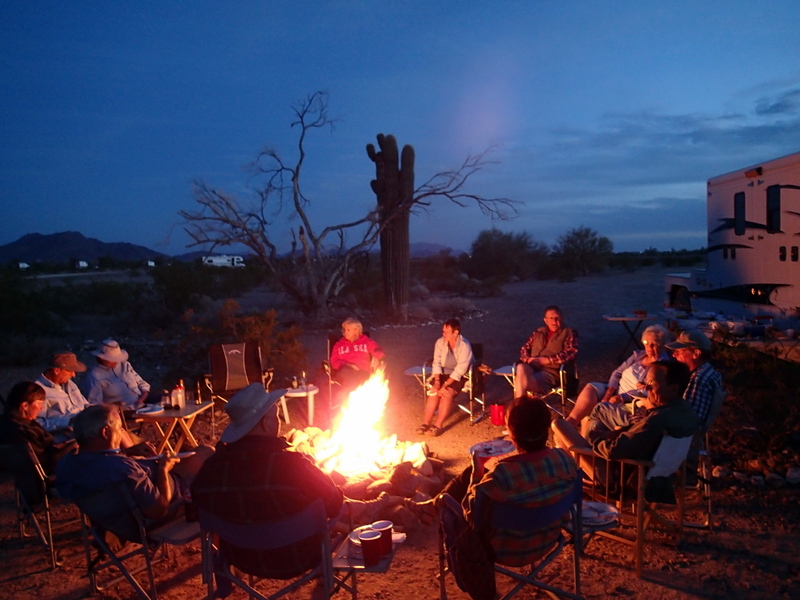 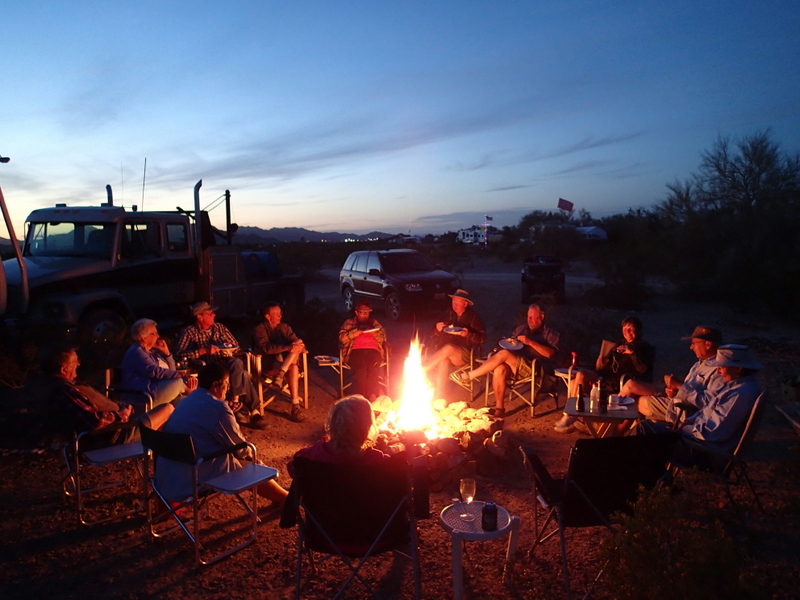 After a great evening around the campfire, we called it a night. It's hard to believe we have been here since December 1...that was a fast 3 months!

As a sidebar, today marks 4 years living in our 'home on wheels'...we moved into our fifth-wheel 4 months before we retired. It was a great way to transition and get used to our new home...but very odd going to work each day from an RV!

Posted by Dianne and Steve at 7:32 AM