When I returned from my walk this morning, Steve was outside with the trailer garage door open and the surge-guard exposed...oh, oh, that looks like trouble. Apparently he was about to get in the shower and the "fireworks" went off, just like the other day. So the problem is still there. The 30 amp outlet on the generator cooked the adapter cord. He managed to get everything working by using one of the 20 amp outlets instead. 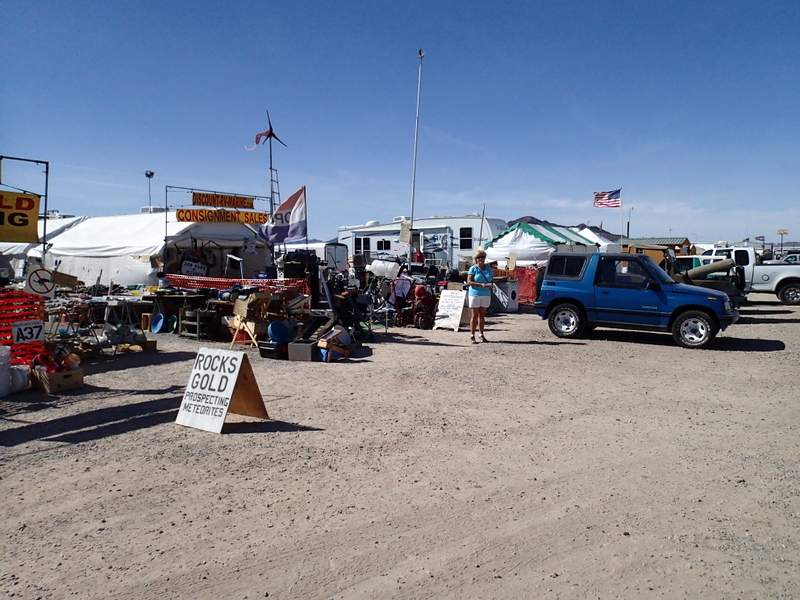 We wanted to take one final walk around the vendors (that are left) in Quartzsite so we headed in shortly after 11:00. It's definitely the end of the season here in Q...many of the vendors have already packed up and those that are left say they will be closing by the end of February/early March. 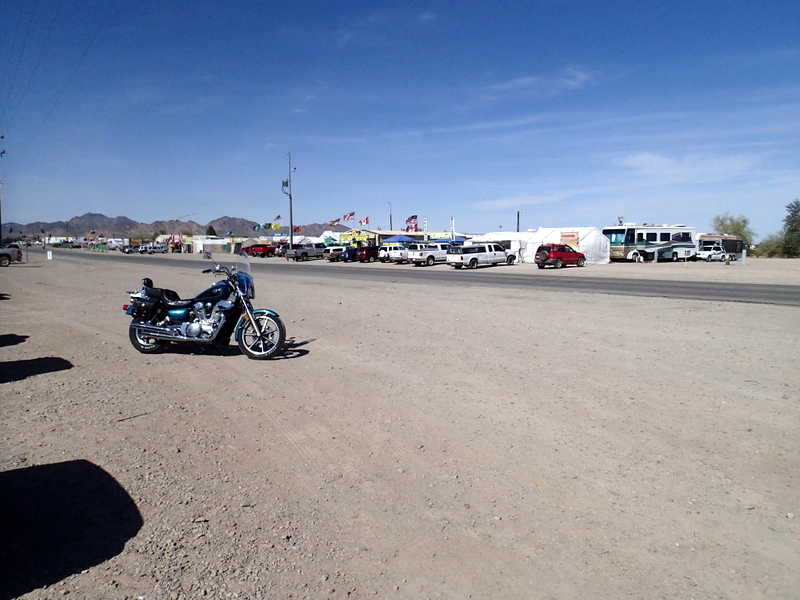 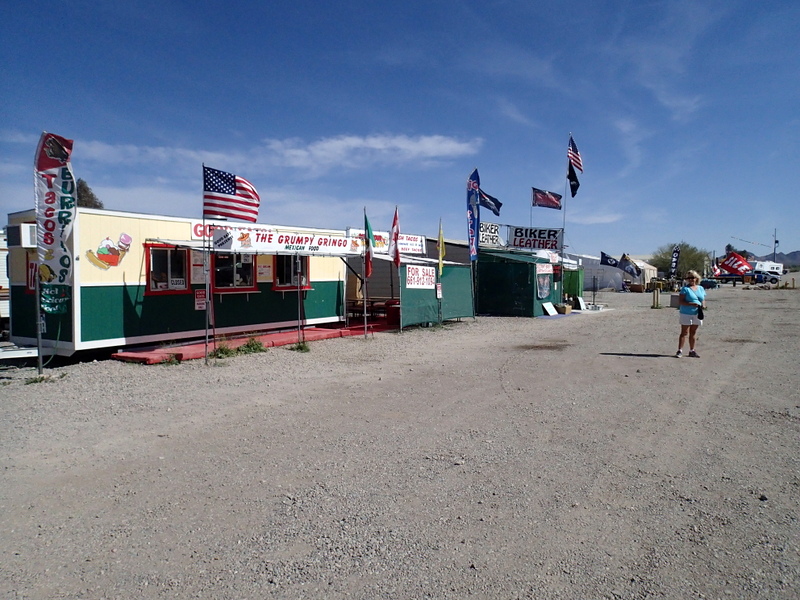 After wandering around and picking up a few things (Steve bought a replacement adapter cord)., we decided to go to Beer Belly's Adult Day Care for a beer and lunch. There were numerous TVs on with patrons watching the Olympics...the USA and the Canadian Women's Hockey Teams were playing. As we sat down, they were tied in OT...so we watched as the Canadian team scored, winning Gold! We were the only ones that openly cheered when Canada scored the winning goal...go figure! There was another table of Canadians behind us that commented...we didn't cheer because you Americans are usually packing...lol :) 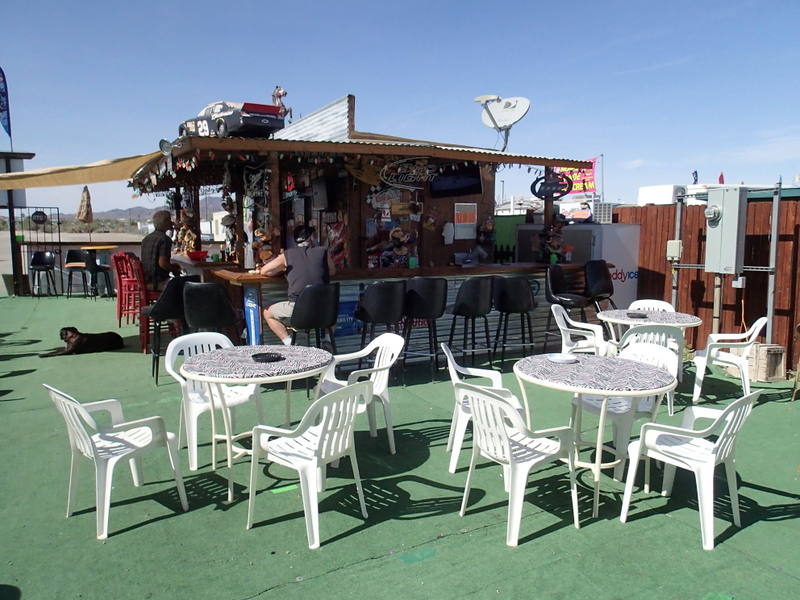 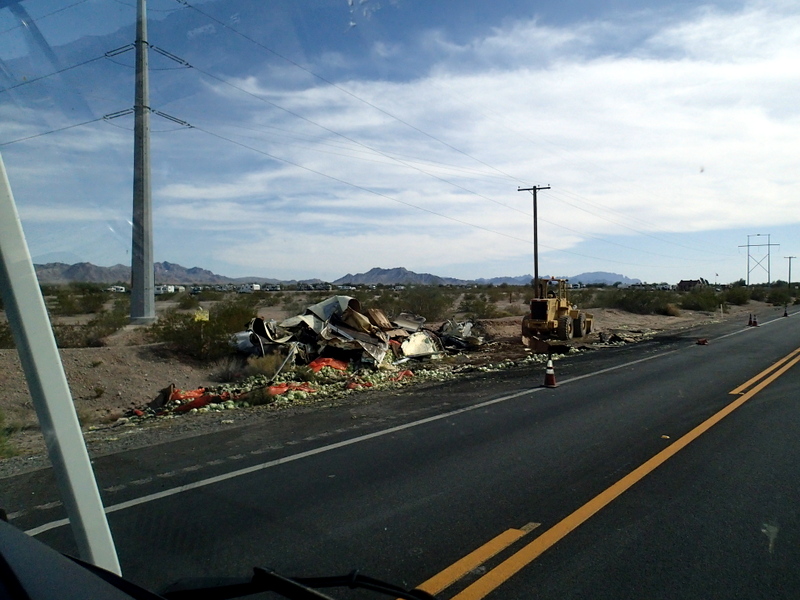 After lunch, we continued our wandering around, making a few more "must have" purchases and then headed home. This morning, on our way in, we had passed this accident. There was a bulldozer cleaning up the mess, loading it into a dump truck. Apparently a semi full of cabbage and lettuce had exploded the night before. A vendor in Q said that the reefer stopped working properly and there was a propane explosion. Yikes, I hope the driver is okay!

It was going on 3:00 by the time we got home. Steve puttered around outside, while I sat and read my book. There is a definite temperature change with the thermometer only going into the mid-70s today...but the wind made it feel much cooler. I had to go in and change into long pants and put a sweater on...getting soft, I guess!