Instead of getting up at 4 a.m. to watch the Canadian Men's Hockey team play Sweden for the Olympic Gold Metal, Steve PVR'd it. So when we got up at 6:30, we started the day off by watching the game. Canada easily won with a score of 3-0...and the Gold Metal! So we watched both the Men's and Women's Canadian Hockey Teams take gold at the Olympics this year. Canada did very well in the Olympics, coming in third overall. Way to go, Canada!

After the game, we got our resistance exercises over with and then I went out for a walk while Steve had his shower. Ahhh...another beautiful morning and the start to another hot day.

Since we had had a couple of "play" days, today was a "work" day. Steve started off by going into Q to fuel up the truck with diesel ($3.76/gallon), fill the gas containers ($3.28/gallon) and get drinking water. When he got back it was time to borrow Earl's portable sani-station and empty the holding tanks and then fill the water tank. This chore took him two hours in the hot afternoon sun...the temps reached 87F/31C.

While he was busy with all that, I was inside working...cleaning the bathroom and kitchen; working on yesterday's blog; doing a little banking and budget work...all that kind of exciting stuff. I also baked a walnut-raisin loaf...why not heat up the trailer even more by turning on the oven? :) 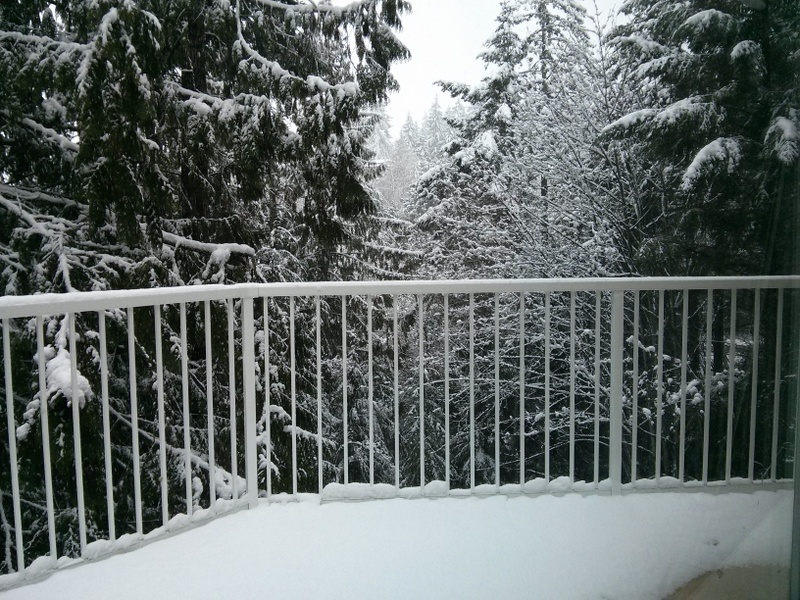 During the day, I was also in contact with our sons back home. We heard on the news that Victoria and most of Vancouver Island was under a heavy snowfall warning. I sent a text to Rob asking about the snow...he said they had about 4 inches at their house...

Dad (Rob) and Conner outside playing in the snow... 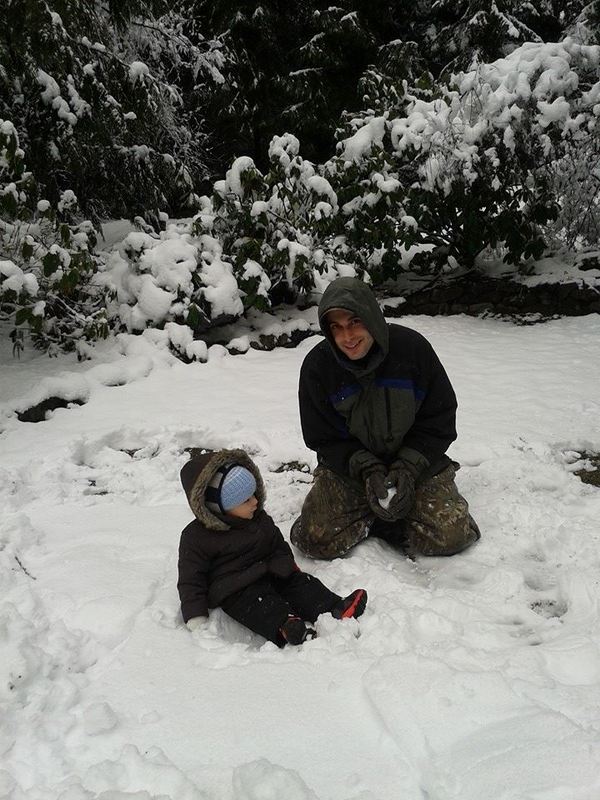 Conner and his first snowman! 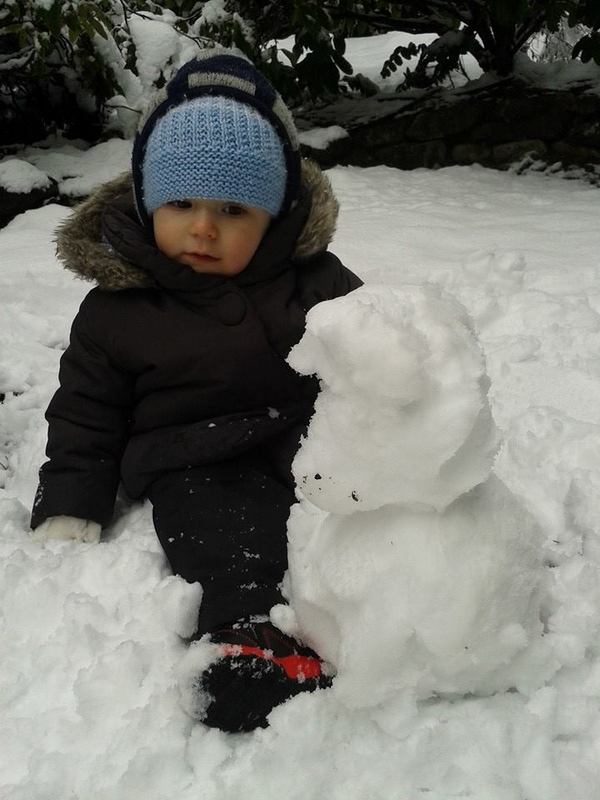 We also spoke to our son, Chris, in Burnaby...it was snowing there too but he was hunkered down inside for the day. Of course, we had to boast that it was 87F/31C here! LOL!

After dinner, we went "across the street" to Earl and Allison's to play Rummikub. We played five or six games with Earl, Steve and I all managing to win, but it just wasn't Allison's night for change. We had some very close games, with all of us being down to one chip but Allison just wasn't able to be the first one out! Shortly after 9:00 we called it a night...thanks for a great evening, Allison and Earl!

Posted by Dianne and Steve at 7:00 AM