It was going on 7:00 by the time we crawled out of bed this morning...that's late for us! Recovering from our week away, I guess (haha!). So this is how our day was starting...no satellite reception on the main TV even though it was fine the night before. The bedroom TV had reception so I went online to Shaw Direct to ping our receivers to see if that would reactivate it, but nope. Steve checked all of the connections in the trailer and still nothing. Then he started outside and found a loose connection to the Sat Dish...Yah! I then started working on our blog right away while having my coffee...and that's what I pretty much did for most of the day.

At about 9:30 Steve went out and started the generator to boost the batteries a bit before letting the solar take over. There is a 2 minute, 16 second delay from the Surge Guard Power Monitor before the generator AC powers up the trailer...well, when it tried it sounded like fireworks going off in the basement where the Surge Guard is! 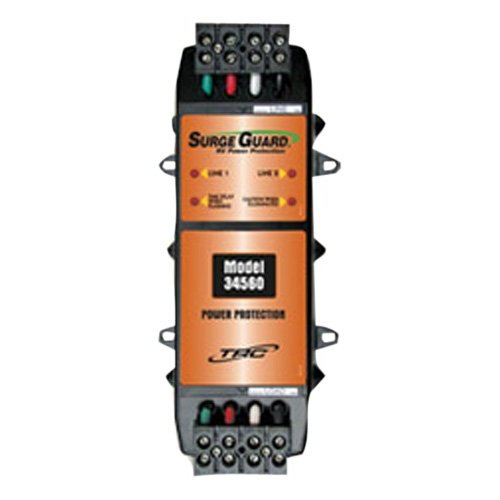 Steve went running out bare feet across the rocks to turn the generator off! When he opened the basement, we had visions of smoke and flames but it was fine. Whew! But what was that?!

The other day while at Ocotillo Wells, the AC wouldn't click in so after some troubleshooting with Earl's help, they determined it was likely a faulty generator adapter plug and managed to get it working. So the first thing Steve did was head into Quartzsite to pick up a new plug.

Well, the AC still wouldn't click in...so started hours of troubleshooting involving Earl, Art and Fred helping Steve out. They checked every connection from the power leaving the generator all the way to it reaching the Surge Guard....all under the blazing sun! It was a very hot day...the thermometer went into the low 90's F (30's C). 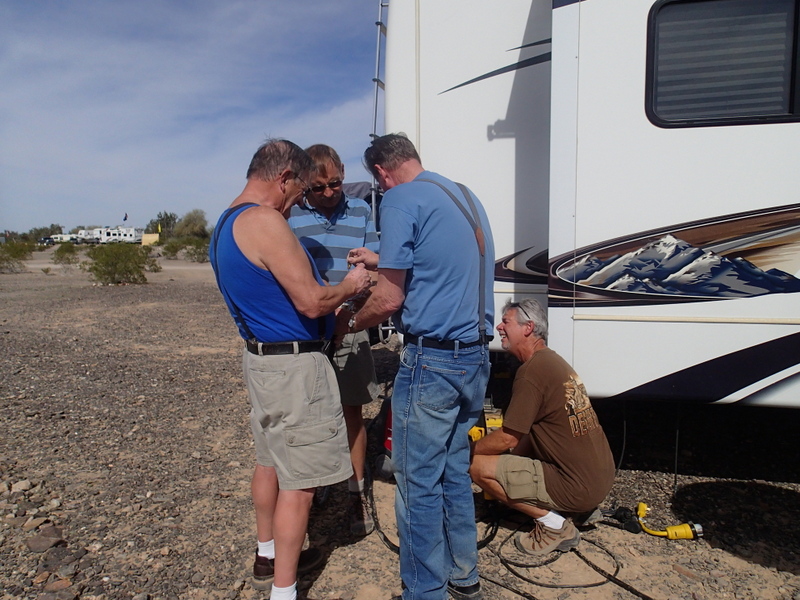 They finally determined that it was possibly the combination of a faulty 30 amp cord plug end and a loose fit from the generator outlet to the new generator adapter plug. Steve tried our 50 amp power cord and all seems to work now...yay! Thanks so very much Earl, Art and Fred for all of your help! We will have to get our Honda Generator serviced and have that plug checked out.

While they were outside working on our power situation, I sat at the table with the laptop working on our blog. I managed to get it done up to a point but Steve still had pictures to edit, so I passed the laptop over to him. While he was working on the pictures, I sat outside with my kindle reading.

As the sun was setting and it started to cool we decided to put our clothesline back up.

It was well into the evening by the time our blog was finally all up-to-date. We had had a great week with tons of riding and geocaching...complete with tons of pictures too!