Monday morning saw a pretty lazy start to the day. We did our resistance exercises, showered and had breakfast and then I walked into town to pick up a few groceries. Ray and Deb are arriving here at the campground today and we are having them over for dinner tonight.

Shortly before 12:30, we headed into Langley for my doctor's appointment. I arrived about 5 minutes before my scheduled appointment only to find that the doctor had just left his Abbotsford office and wouldn't be here for another 20 to 30 minutes...hmmm...good start! Well, on a bright note, I was his first patient this afternoon. After waiting about 40 minutes, I was in and out in a jiffy...down to business quickly...and then out of there!

While waiting for me, Steve drove over to pick up his chainsaw. He had dropped it off last week because it was leaking chain oil...well, nothing could be done for it. He was told that was normal and there were no seals or gaskets involved. 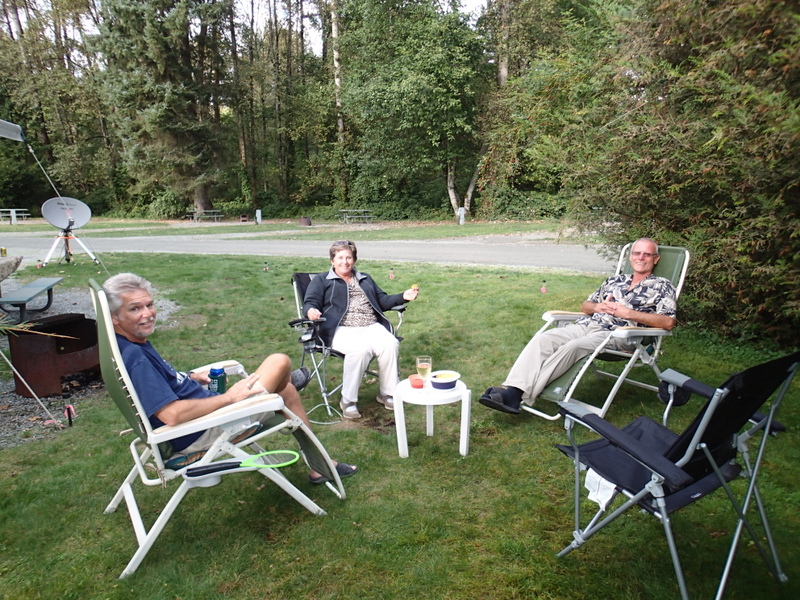 After my appointment, we dropped the truck off at Gold Key and were driven back to the campground. We noticed Ray and Deb had arrived, so walked down to greet them and let them know that although our truck wasn't there, we were. They finished their set up and then joined us for pre-dinner drinks.

We had dinner inside and then relaxed for a bit before calling it a night. 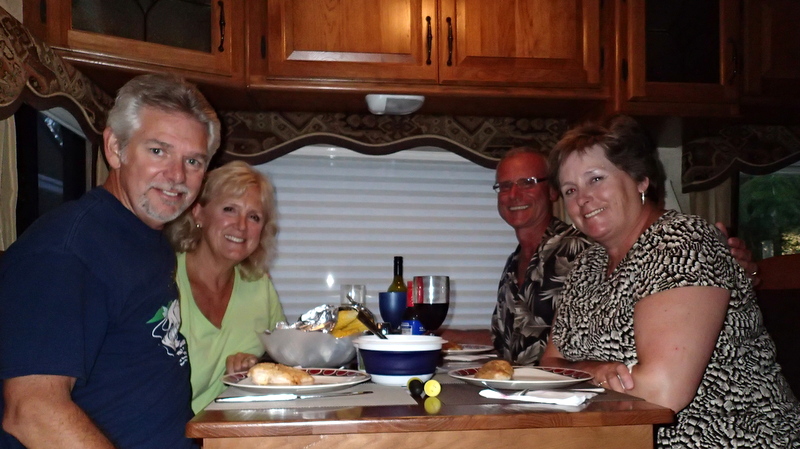 Tuesday morning, Steve and I got out for a power walk before the rain started. After showers and breakfast, I decided to walk into town to have a prescription filled...best to do it this morning because a major rain storm is forecast to come in this afternoon. I ended up walking in twice...when I got to the pharmacy the first time, I realized that I didn't have the prescription with me. I had cleaned out my wallet and left the prescription on the counter...sheesh! So, I got my exercise today!

It was around 2:00 when a fellow from Gold Key came by to pick Steve up...the truck was ready. They found a leaky gasket in the EGR cooler that was the cause of our intermittent exhaust brake squealing...time will tell. At least its covered under warranty.

Wednesday we woke to rain...a lot of rain! Consequently it was pretty much an inside day. Steve watched a bunch of "his" programs that he had pvr'd. I did a little baking and took care of a few things on my "to to list". 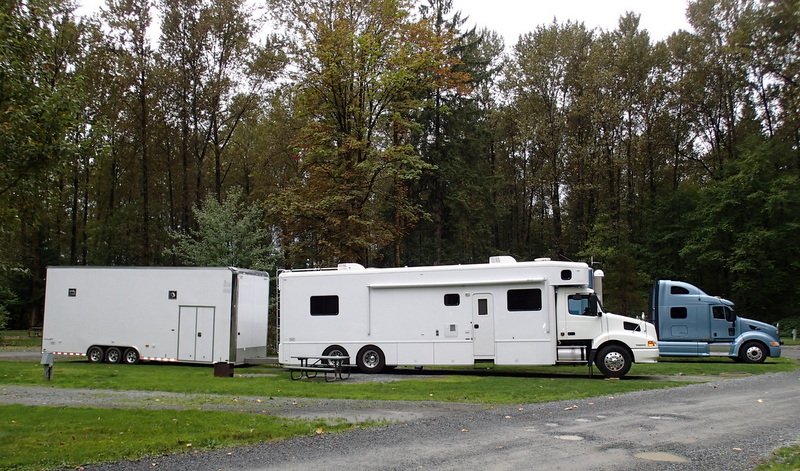 Around 2:00, we managed to get out for a walk. When we got back, Steve took a picture of this rig that came in today. Another big one!

Tomorrow the "Wedding Weekend" starts so I will sign off until next week...stay tuned!