Just before 7:00 I quietly snuck out of the bedroom to turn on the coffee...I tried not to wake our guests but it's pretty hard in such close quarters! Steve and I had our first cup of coffee in bed, watching the morning news and then he hopped in the shower. When he was finished, it was my turn...and then the rest of our temporary household were forced out of bed.

We visited while I cooked breakfast and then we lingered afterwards...until we had to get going. I have an appointment with a doctor in Abbotsford...it was shortly after 10:00 when we said goodbye to Dave and Kerry. They are going to catch the 1:00 ferry over to the Island so they were going to go for a walk around the park...we left them the key to lock up the trailer. We'll see you sometime in the next week...we're heading over tomorrow afternoon.

Our new doctor in Langley also has an office in Abbotsford, so for my annual checkup, I was given the option of going to his colleague there, a female doctor...I decided to take him up on that option. We arrived just before 11:00 for my appointment only to find that the doctor had come in late and was running behind. It ended up not being as bad as I was expecting...I was taken in just after 11:30. Steve went shopping at Marks Workwear World just down the street and then sat in the truck keeping himself busy on the iPad until I was finished.

Back home, we spent the rest of the afternoon cleaning up and that was pretty much our day. 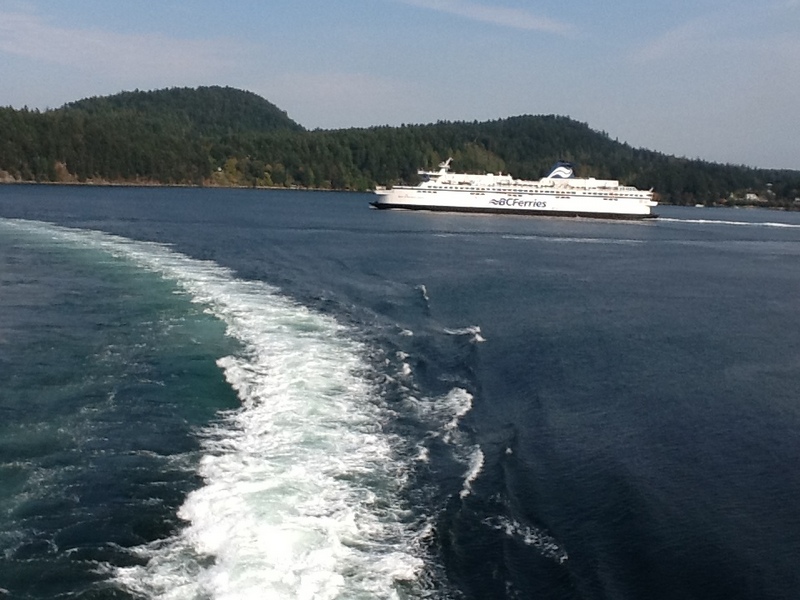 Tuesday morning I put on a load of laundry and we basically puttered around packing and getting ready to head off to the island. We left shortly after 1:00 for the drive to the Tsawwassen Ferry Terminal and the 3:00 sailing. After parking the truck in the Park & Go, we took the shuttle to the terminal and boarded the ferry as foot passengers. It was a beautiful day for a ferry ride even if though it was quite hazy out with a light cloud covering.

The ferry was about 15 minutes late leaving due to a stalled car but that's okay...Rob has to pick up Conner before swinging by the Swartz Bay Ferry Terminal to pick us up. 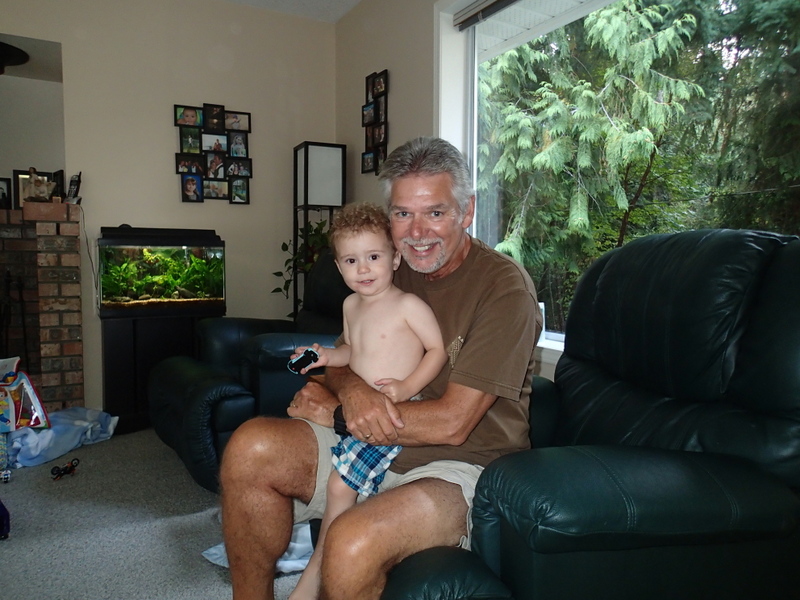 So at about 5:25 Rob and Conner picked us up and after a quick trip into Sidney, we were at their place...time to play with Conner! He really took to Grampa...but was a little shier with me...oh well, I'm sure he will warm up to me! We've noticed such a change in him over the last few months...he's talking up a storm! He's so darned cute!
He's absolutely loves his trucks! 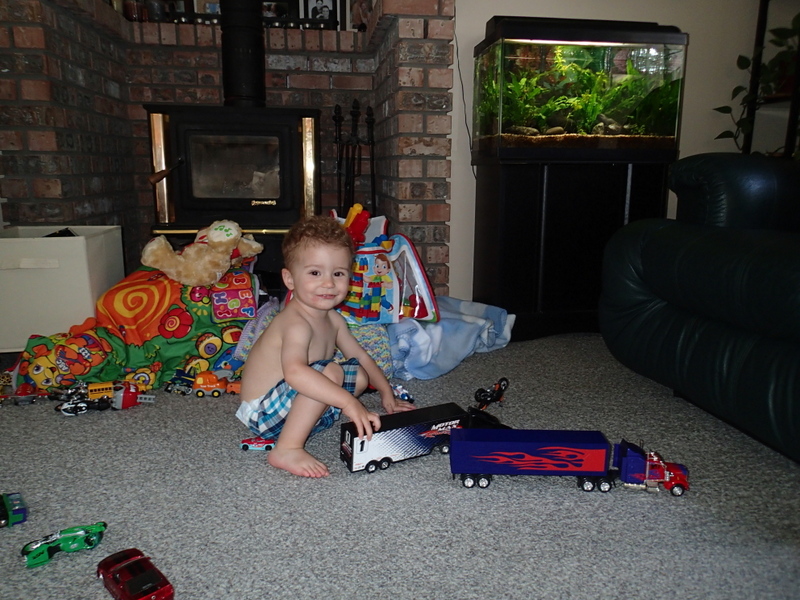 We are here until Sunday...it's going to be very busy with dentist and doctors appointments...and catching up with family and friends! So, I'm signing off for now and will do a recap of our trip when we get back to Fort Langley.