After our usual coffee start, we got our resistance exercises over with, showered, had a quick breakfast...and then it was time to get to work. After getting the okay from the park manager yesterday, Steve off-loaded the quads so he could wash them.

He had all of the washing paraphernalia out and was just starting to spray them down when I was ready to head out in the truck. Wow, it was noon already! I had a big afternoon shopping trip planned...Walmart and Save-On-Foods were on my agenda...woohoo! 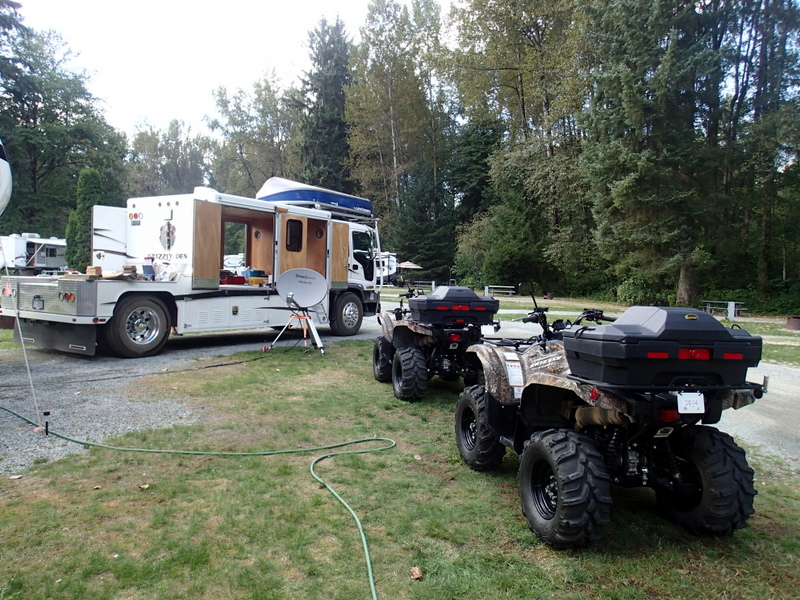 It was after 3:30 by the time I got back. Steve was still working on the quads. I unloaded the groceries and put them put away while he finished up on the quads. However, once finished on the quads, the work wasn't over yet. Before he could load them, he decided to sweep out the truck...and that was a job in itself! 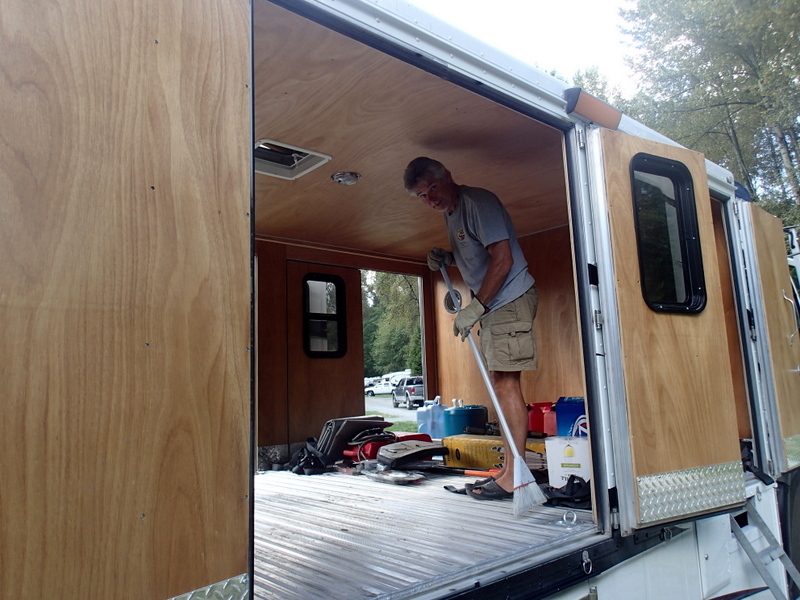 It was going on 5:30 by the time the work was finished for the day and we relaxed outside with a cocktail.

We were watching TV later that evening when I noticed something move out of the corner of my eye...a mouse was in our living room! Oh Sheesh! Steve put a mouse-trap out and we headed to bed.

The little critter was caught in the trap when Steve got up Tuesday morning...he was up bright and early at 6:00. He said that he thought he'd get up before me to check the trap...I'm glad our visitor is gone! 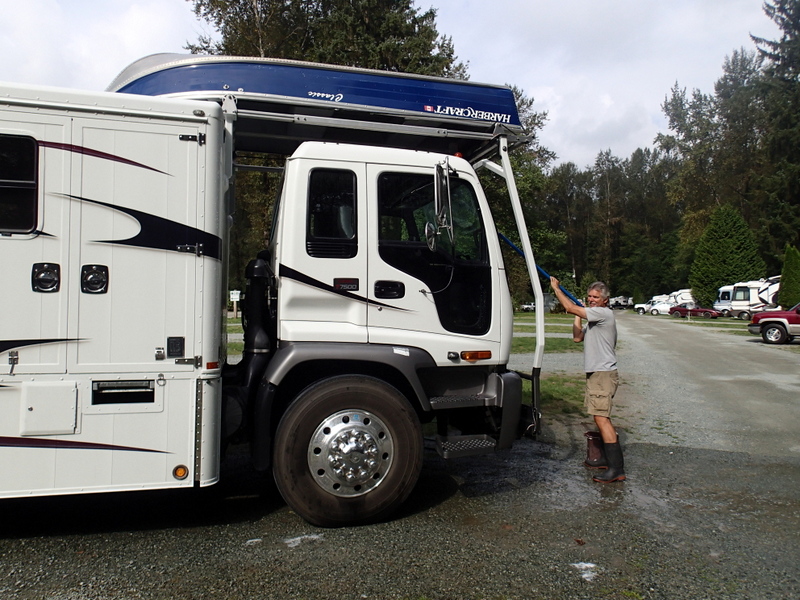 I made Steve a hearty breakfast... to sustain him through a work day...and then headed out for a morning walk along the river. When I got back, he was busy washing the truck....and that pretty well took him the rest of the day. It hadn't been washed since we were here last June!


Late afternoon, he did walk into town to pick up some beer and took this picture on the way back... 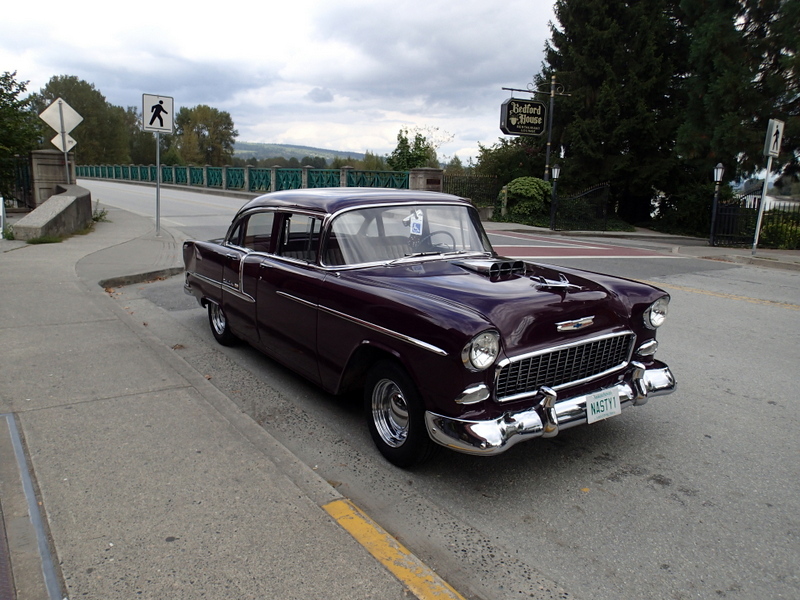 After my walk, I had breakfast, showered and then put on four loads of laundry and did some baking. I also washed our anti gravity chairs...and that was pretty much my day.

All afternoon we watched lots of RV's come in...apparently the campground is going to be pretty full over the next few days with people coming in for the BC Seniors Games being held in Langley this year.