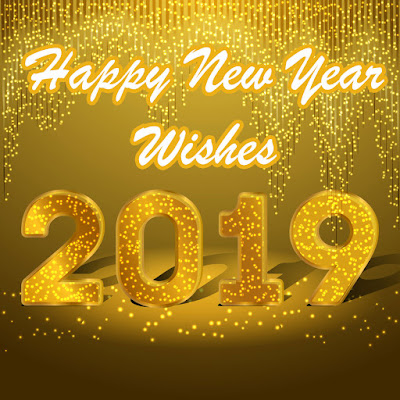 We woke up early again this morning...and when we opened the blinds, we were greeted with clear blue sky! A nice change from yesterday! But it was still cold out...especially with the wind. The high today is 48F/9C.

After 7 months of travelling...we left Vancouver, BC last May...we are so happy to settle our butts down in one spot for a few months!

Steve spent most of the day completing his set-up outside...chairs out, raked the area outside our door and put down the mat, bird feeder out,  solar lights outlining our real estate...and off-loading our quads. Here is our spot on the desert. Earl and Allison are on the left...thanks for saving us a spot!

I cleaned up inside, packaged all of the meat we bought yesterday into meal-size portions for freezing...I even managed to get out for a couple of walks. One walk was 1.64 miles/2.64 kms and the other, 1 mile/1.6 kms...no speed records but I'm going to try to walk everyday. My knees are still not great but better than they were...use them or loose them!


We sat out in the late afternoon sunshine and then cooked a nice New Year's Day dinner.

Wednesday was another cold start...32F/0C outside when we got up! Unfortunately, the wind was also strong, making it pretty much an inside day.

After breakfast, Steve got to work on picture editing while I cleaned up the kitchen. Our goal now that we are settled here in Q is to get our blog up-to-date...and we have a long way to go!

Early afternoon, we decided to brave the wind and get out for some fresh air and exercise but after a mile, we were freezing so called it quits and headed back inside.

By late afternoon the wind had died down, so we went outside and sat in the sunshine...until it went down behind the mountains.

We had another cold start to the day Thursday...30F/-1C when we got up. Brrrr...thank goodness for our propane heater!

Today was laundry day. We packed it all up and set off, arriving at Mainstreet Laundry shortly after 10:00. I had no problem getting washing machines together but shortly after, there was a steady stream of people coming in...laundry day for everyone else too! When it came time to find dryers, there was a traffic jam of laundry baskets vying for empty ones! Crazy mayhem and the big RV show hasn't even started yet!

While I was doing laundry, Steve went to The Pit Stop to have a propane tank filled. We just filled it 3 days ago…that’s how much we’re going through with the cold weather! After that he went to the RC airfield for a bit.

We were back home in time for our appointment with Larry, the fellow that fixes day/night shades. We seem to have him out every year to repair blinds...this time it's the one over the sofa. He is quite chatty and was telling Steve that he had just been diagnosed with Pancreatic cancer. He has an appointment at the Cancer Hospital in Phoenix tomorrow. [He called us the next evening as we were on our way out for dinner...all went well at his appointment, they feel the cancer was caught early and he was hopeful for a full recovery. But unfortunately, we learned February 15 when we called to have another blind repaired, that he had passed away. Steve spoke to his daughter and apparently Larry had made it fine through the surgery but passed away that night. Our condolences to the family....Rest in Peace, Larry....]

Earl, Allison and Abby joined us outside in the late afternoon sunshine. We enjoyed a drink and then all went inside shortly after 5:00 so I could start cooking dinner in the Instant Pot. Pork Tenderloin with gravy, mashed potatoes and salad...pretty yummy, if I do say so myself! 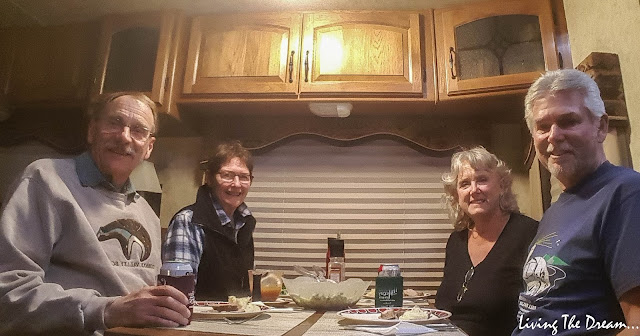 After dinner, we cleared away the dishes and brought out the Rummikub game. This time I managed to win a game or two, along with Earl and Allison...but poor Steve, none! Maybe next time!

We called it a night around 9:00...another great evening!