After coffee in bed, showers and taking advantage of the free breakfast downstairs, we finished packing our suitcases and were ready to catch the 8:30 shuttle to the airport. It ended up being a good time to be at the airport...there was no wait at Air Canada to get our boarding passes and drop off our suitcases, security was a breeze (virtually no one there...that was a first), and we cleared US Customs...unique but nice that we won't have to do it once we get to Phoenix. 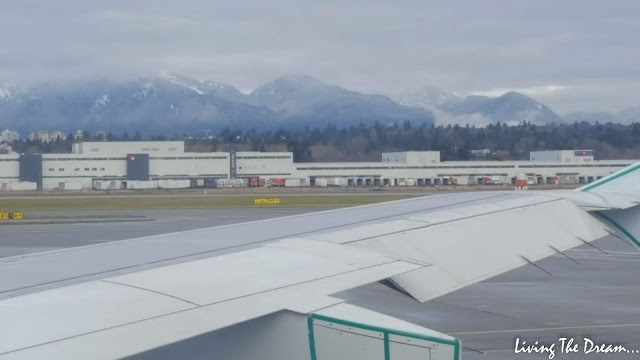 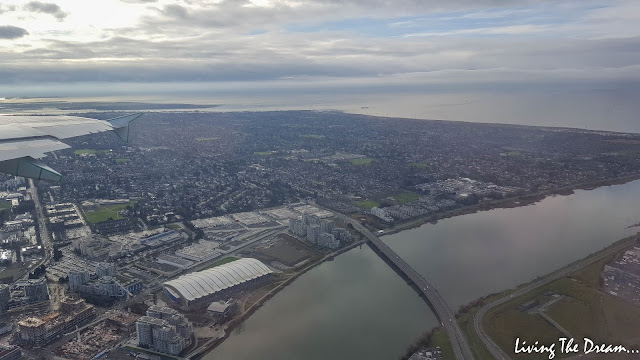 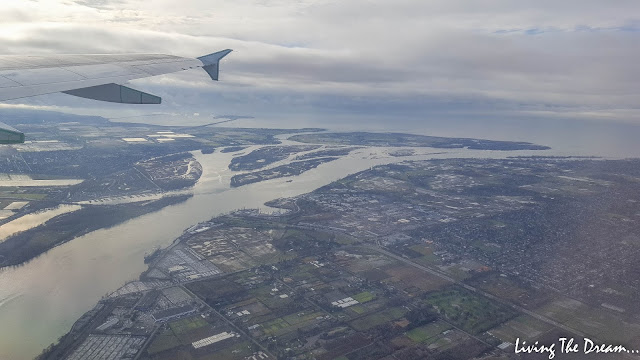 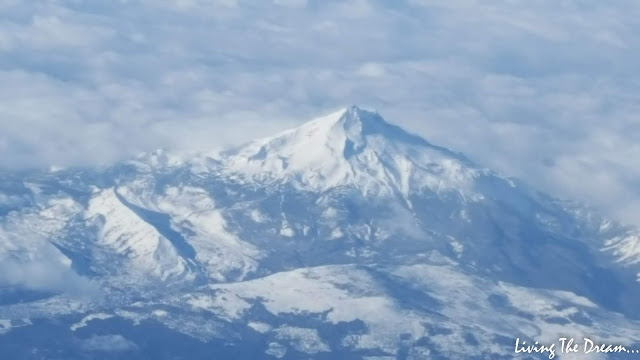 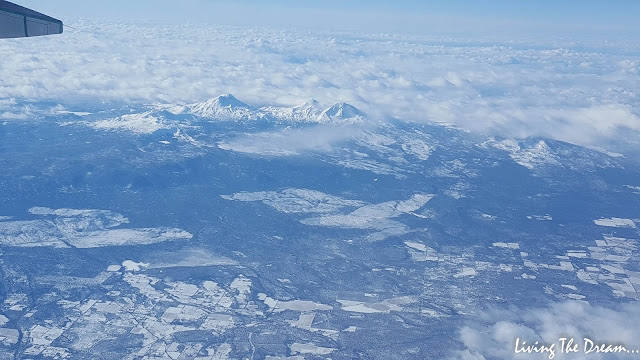 It was cloudy most of the way to Phoenix...ready to land... 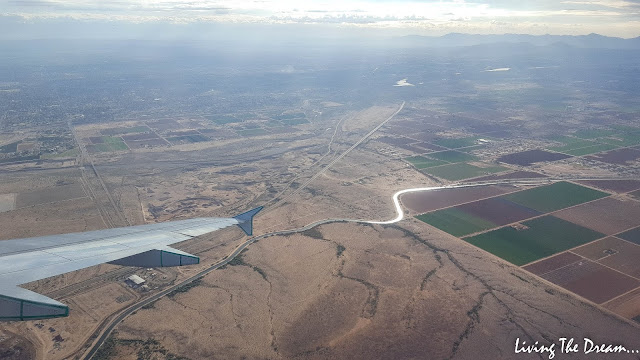 The plane touched down in Phoenix about 20 minutes early than scheduled but since we are seated at the back of the plane, it took forever to disembark. And to top it off, a number of other flights had just arrived as well so it took a long time for our suitcases to make it to the baggage carousel...frustrating because I knew my brother, Dennis was waiting out there in the holding lot to pick us up!

But finally we were out and found not only Dennis, but my other brother, Don in the car as we loaded our suitcases in the back. Another brother? you say...well I have 4 of them...Dwight in Victoria, Dennis in Mesa (right now...they actually live in Kelowna, BC), Don in Bowser Bay on Vancouver Island, and Doug who lives in Chilliwack, BC.

Don and Rhonda came down to spend Christmas with Dennis and Suzanne and happen to still there, so we get to have a visit with them as well...bonus!

We had a great evening...a few drinks before dinner...(Don, Rhonda, Dennis, Suzanne, me and Steve) 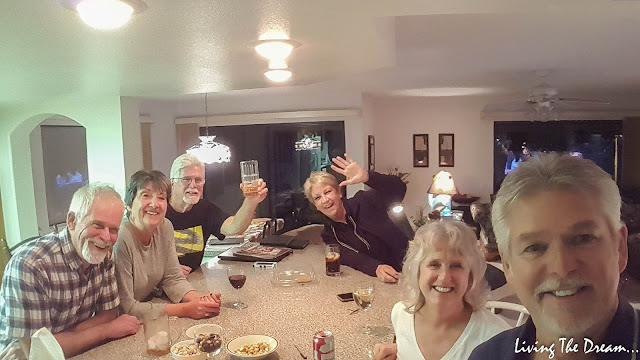 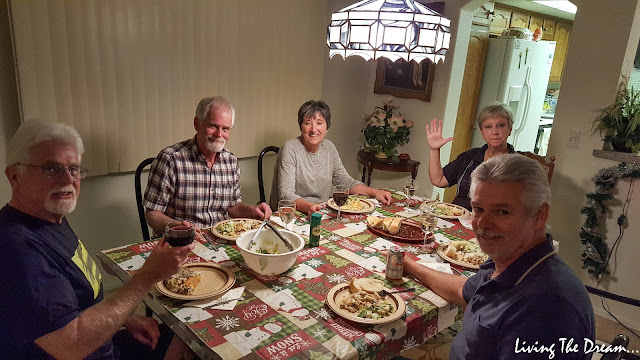 Then we played a game called Spinner...we had a blast! 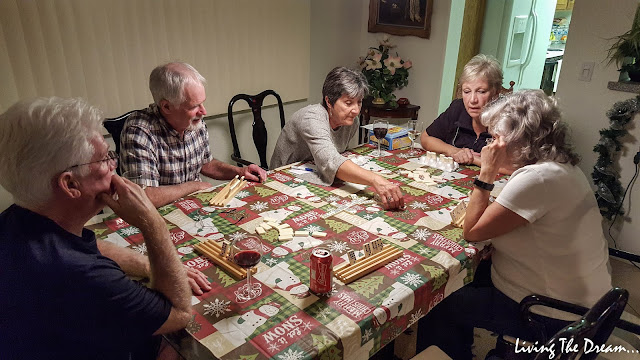 So nice getting a chance for one last visit with my bros and sister-in-laws before we get back to our rig in Apache Junction!