The rain had finally stopped...there were still lots of clouds out there this morning but there were breaks in them...come on sunshine, you can do it!!

We decided to go to the Commemorative Air Force Museum in Mesa today.  We headed off at about 10:30 and wouldn’t you know it, we ran into some rain....20% chance of rain...haha...so much for our clean truck!

The rain was brief and it was sunny as we pulled into the parking lot of the museum.  The entrance was nicely decorated for the Season (I’m still having trouble believing it is the middle of December!!). 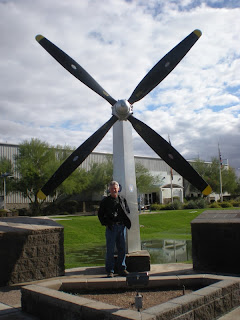 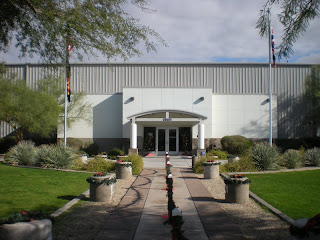 We paid the $10 each entrance fee and entered the huge hangar and were met by an older fellow who asked if we would like a tour or prefer to go through the museum by ourselves. A tour is always better as far as we are concerned, so we took him up on his offer.


Frank is one of the many volunteers at the museum and is very knowledgeable on all the planes and displays.  He told us that Falcon Field was used to train British and Commonwealth pilots during WWII. 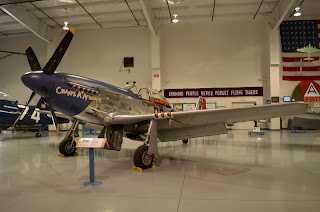 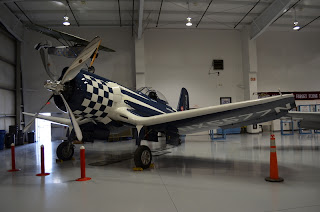 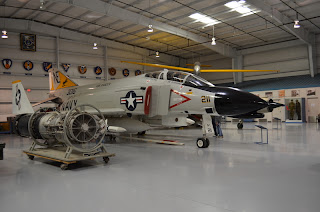 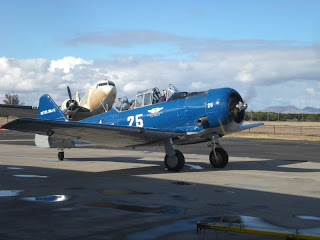 B25 Mitchel Bomber (type that took off from the USS Hornet aircraft carrier to be the first to bomb Japan....Doolittle Raid) 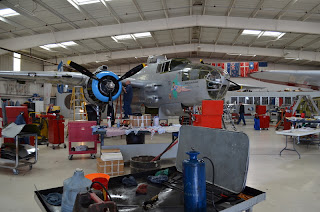 B17 Flying Fortress Bomber
Many of these planes are still flown and you can catch a ride on some of them. The cost for a 40-45 minute ride on the B17 is $425 per person or $850 for the nose section. 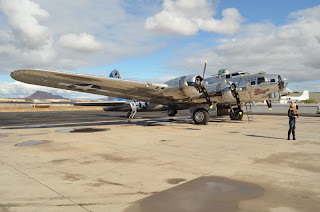 Dianne entering the B17...bombadier sits to her left in the nose 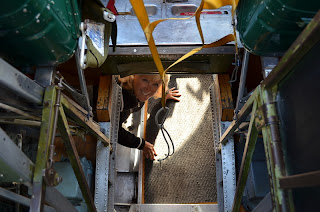 If you would like to see our all our pictures, check out our web album...Commemorative Air Force Museum, Mesa, AZ
It was going on to 2:00 by the time we left the museum...wow, that was a fast 3 hours!  We wanted to check out another Regional Park to see what the campground was like.  Usery Mountain Regional Park is just east of Mesa...not that far from where we were...so off we went.
Another very nice campground...large sites, well spaced and like McDowell Mountain, included water and power for $25/night.  We have found another spot we would love to spend some time at...lots and lots of hiking trails as well...bonus! 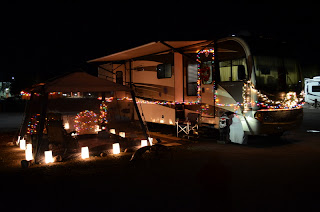 We arrived back home around 4:00.  After dinner we went for a walk around the campground to take picture of the RVs lit up with Christmas lights.  There are only a couple...which really surprised us.  Last year when we were in Florida, there were tons of RVs all decorated. 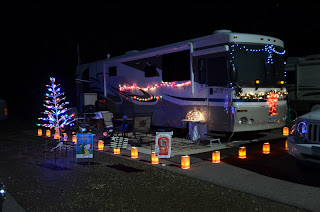 Tomorrow morning we have to pack up the trailer (again) and head to Camping World so they can check our power equipment and/or generator and try to determine why the microwave will not run on the generator.
Posted by Dianne and Steve