We didn't need to hurry this morning since we couldn't get into our site at Peace Arch RV Park until after 1:00 and our drive there would only take a couple hours...or so.

Before we left, Steve called the local Co-op Store in Marysville to see if they had any Fresh Cab, a product he uses to repel mice from the trailer. They hadn't had any when we stopped on our way down, but now had some in stock. So our first stop when we pulled out of the casino was the Co-op, just on the other side of the I-5.

After purchasing a couple of boxes, and getting a propane tank filled, we were back on the I-5 continuing north. We crossed the Skagit River as we neared familiar territory... 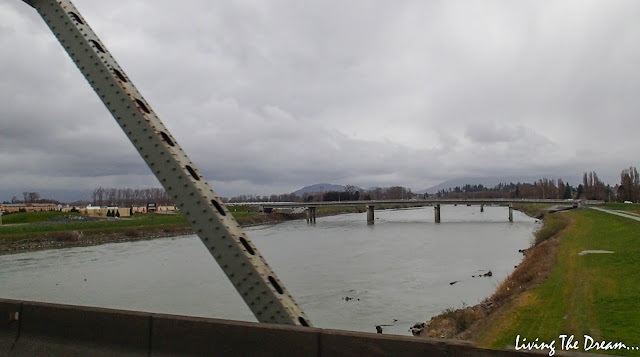 All of a sudden traffic started slowing down. Eventually a couple of motorcycle cops passed by...oh no, not another accident! 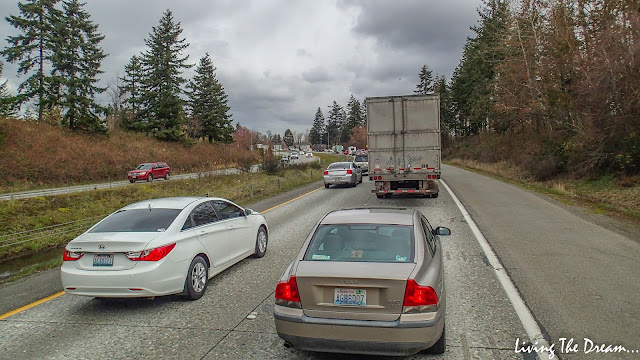 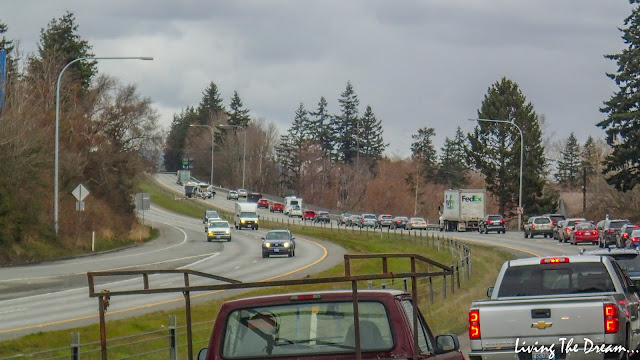 Look at the skid marks... 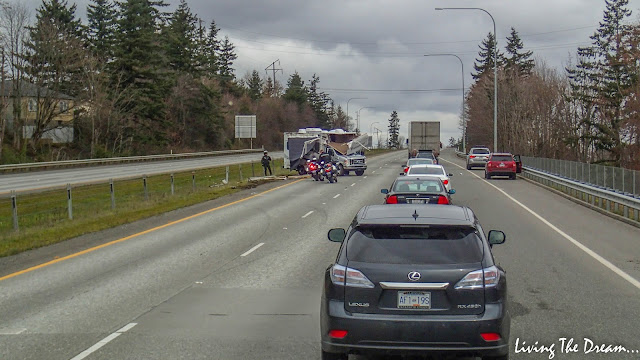 This guy passed us twice and his license plate indicated it was a BC Demonstration plate, a brand new RV. It appears from the mud and grass on it's side that it rolled onto it's side then back up onto it's wheels. There were no other vehicles that appeared to be involved.Hopefully everyone was okay. 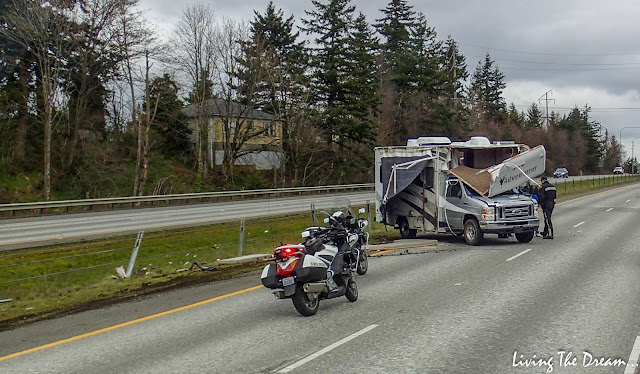 Our next stop before hitting the border, was at the Pilot Travel Center in Ferndale to fuel up with diesel ($3.37/gallon)....we always stop on the way down and the way back. Then we continued over to Lynden, WA... 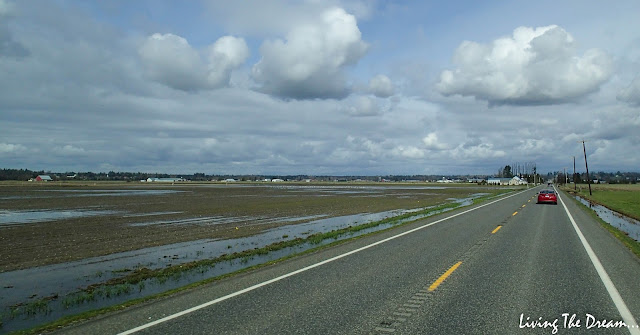 ...and the Canadian Border crossing... 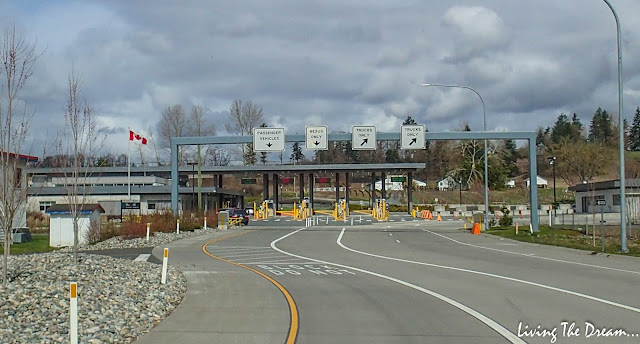 There were a few cars ahead of us but they moved through quickly. The border services guard was a young fellow who was completely intrigued by our truck...asking a bunch of questions about it. He asked how much and Steve said too much! The guard said I just need to know how much overtime I need to do. Too funny!  He then decided he should get "down to business", took our passports, asked the usual questions and then said welcome back. We were a little over on our allowable purchases but they usually let that slide if it's not a lot over. 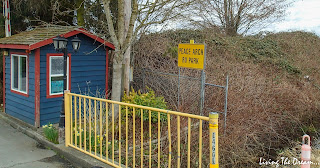 We arrived at Peace Arch RV Park at 1:30, registered at the office and walked the short distance to site B6 to double check it before bringing in the rig. We didn't expect an issue since it was just 2 sites down from the site we were in last April. The biggest issue is can we get a satellite signal with all the tall trees.

With the rig all levelled off, we unhitched and got to work setting up. Home sweet home until we move onto our favourite spot at Fort Camping in Fort Langley. 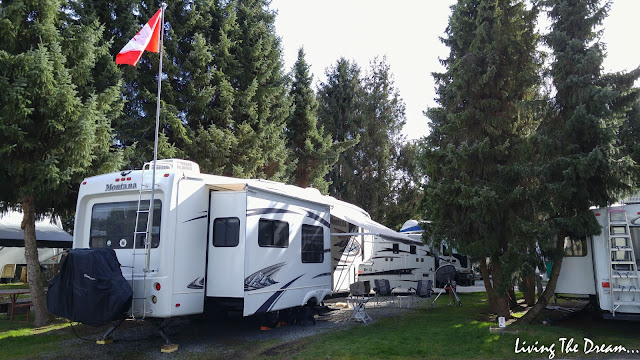 With our set up complete, we sat outside...all bundled up...and toasted our return to Canada after a wonderful winter season. 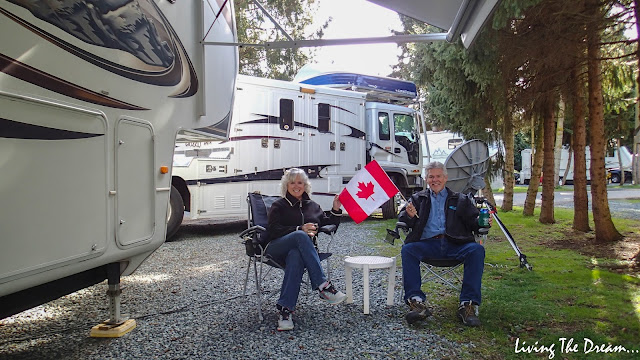