Monday was a beautiful sunny day...but a tad chilly with the temperature only reaching 14C/57F. As far as Steve was concerned, though, it was shorts weather!

I had an appointment with the Pre-Admissions Clinic at 11:45 this morning, so we headed out just after 10:30. Parking at the hospital for normal sized vehicles is tough, let alone one the size of our beast, so Steve dropped me off where he could...which happened to be at a bus stop not far from the main entrance. He then went over to a nearby mall for lunch in the food court and to kill time wandering around there.

The first part of my appointment went quickly...met with the pharmacist, then had blood pressure, weight (ugh!) and height taken. That was pretty well done within the first half hour but then the wait started. My final meeting was with the Anaesthetist...and I waited for over an hour to see him. It was just after 1:00 when I texted Steve to come pick me up.

So it was after 2:00 by the time Steve dropped me off at home and headed into Sidney to run some errands. While he was gone, I made a big batch of chili...enough for dinner tonight, a freezer-bag for Steve to take hunting this weekend, plus a container in the freezer for dinner another time.

I was just finishing up when Steve got home. He had parked the truck so that we could sit on the sunny side and enjoy happy hour outside. A nice change!

Steve wanted to wash the quads in preparation for heading south, so Tuesday (October 1) we went to Triangle RV where they have a car wash. We found a spot to park and offload and rode them over to the coin wash. 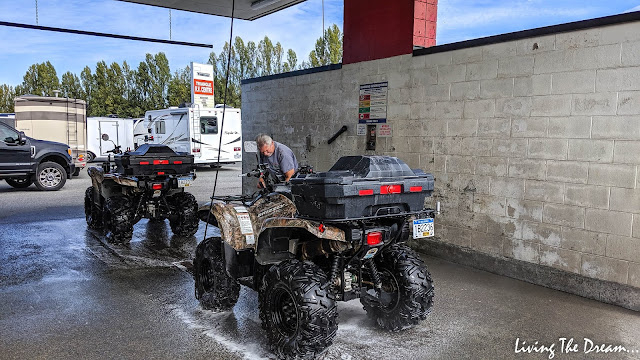 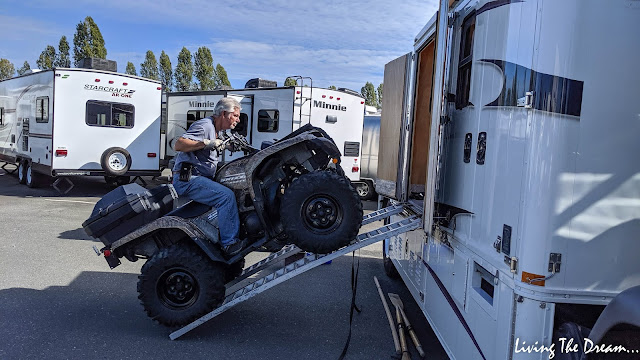 With the quads all spic and span, Steve loaded them back up...a good job done and another chore crossed off his "to do" list. 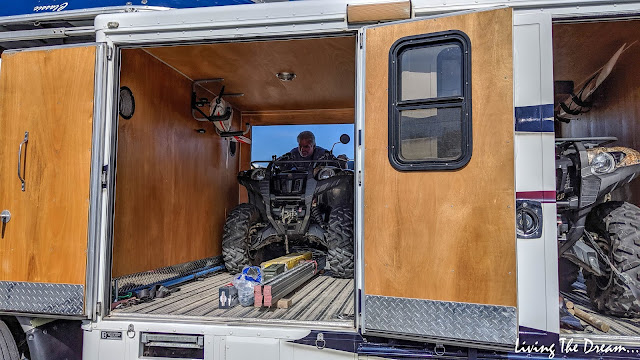 Wednesday (October 2) was laundry day. I spent a fun couple of hours up at the laundry room while Steve made his list of things to take on his hunting trip this weekend.

After helping me bring the clean laundry back to the trailer, Steve headed out on his walk. I did some baking...and then made a big meatloaf for dinner. Of course, we had leftovers...for the freezer. More dinners ready to be reheated...an easy meal for Steve to make.

It's hard to believe...but this little guy, our youngest grandson, Isaac, is 10 months old today!..... 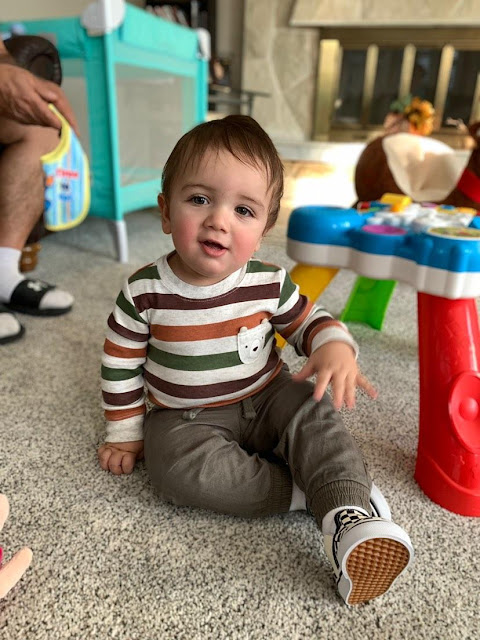 Thursday (October 3) we headed out to the airport to pick up a rental car. The timing worked out perfect...with the paperwork done, we drove back home to drop off the truck and were able to get out to Rob and Angie's place by 9:47 a.m. They are having a new washer and dryer delivered and the window for delivery was between 9:50 and 12:50. We offered to be there so neither one would have to take any time off work to be there.

I left Steve watching a Netflix movie and drove into Sidney to pick up the groceries he will need for his hunting trip this weekend.

When I got back at around noon, the delivery truck had arrived. Here he is backing up the driveway.... 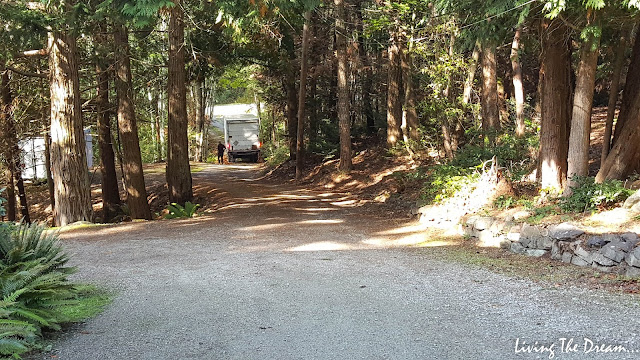 That's about as far as he could make it. I had a double-take as I pulled into the driveway...the truck is a T7500 like Buster. 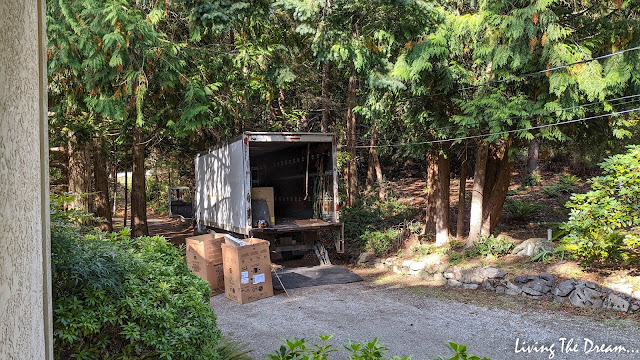 They had the old ones out and the new ones in...in no time! They had an ingenuous way of moving these. A wide strap with a triangular shaped loop on either end...slide the strap under the appliance then placed the loop around their necks...made for an easy walk out the door and into the driveway. 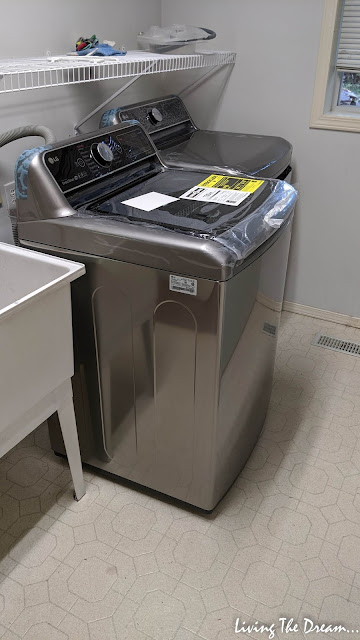 With the new appliances delivered and the old ones taken away, we were done here. On our way home, we stopped at Canadian Tire and  picked up some new stainless steel braided hoses needed for the washer and dryer...so Rob could just stop and pick them up from us on his way home. The delivery guy said they were forbidden to hook up rubber hoses and house insurance is void if one splits and causes a flood...didn't know that!

I dropped Steve off at home and went to pick up a couple of things from a local medical equipment loan cupboard that I will need after my surgery. It's a wonderful service they offer...you can borrow the equipment for 3 months and the cost is by donation to the non-profit.

Steve was pretty well all packed and ready to go...except for the last minute things and food to go in the cooler. They leave bright and early tomorrow morning...