Steve was up and out shortly after 7:30 to be at Traveland RV as soon as they opened. While he was gone, I showered, did dishes and got started on my inside pack up.

Traveland RV double checked the heating element part # and confirmed that it was the right one after all, but didn't know why it was slightly smaller in diameter. Steve arrived back home at 8:30 with Ron right behind him. He quickly got to work installing the new element while Steve started his outside pack up. Thankfully all went smoothly with the new element and he had our fridge running on AC. The total cost of our fridge fiasco, $720! But it's all fixed and works well on both AC and propane...phew...it's been a stressful few days! 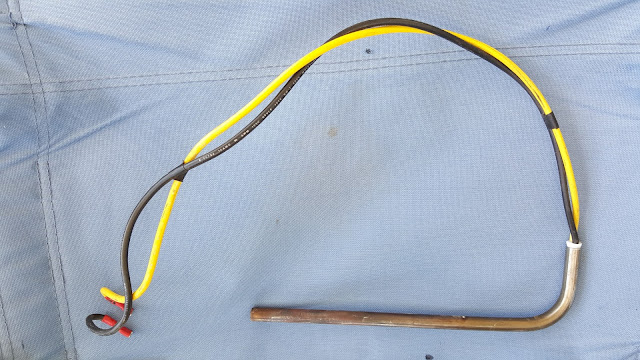 While I was doing my pack up inside, I noticed our neighbours from Calgary, Alberta leaving. How's this for a set-up? They have a Mercedes convertible and an Audi inside! 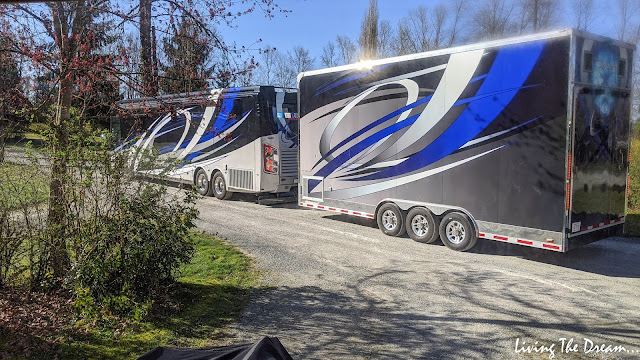 We pulled out of Fort Camping at 10:15...not too bad considering! We had an uneventful but very scenic trip thru the mountains with all the snow. After 10+ years of travelling together it was weird not travelling in the truck with Steve. I followed in the car.

A few hours later we pulled into Claybanks RV Park, a nice little City of Merritt campground. We parked and asked to walk in and check out the sites. The longest pull-through that they had reserved for us had a very sharp turn to get into, so we changed to a straight, easy access pull-through. Thanks for the heads-up, Sue and Doug! They had arrived over a week ago and are waiting for the snow to clear in the compound at Tunkwa Provincial Park (they manage the park). We first met them at Monck Provincial Park and have since worked with them there as well as Tunkwa.
After getting level (we didn't have to unhitch...yay!), we put the slides out and immediately had lunch out on the picnic table in the sunshine...then got to work on our setup routine.
We are in Site 8, beside Doug and Sue in Site 10... 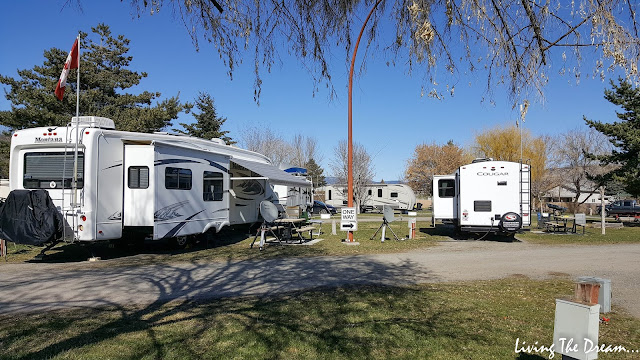 The weather is spectacular! After setting up, we changed into shorts and flip-flops and sat outside... 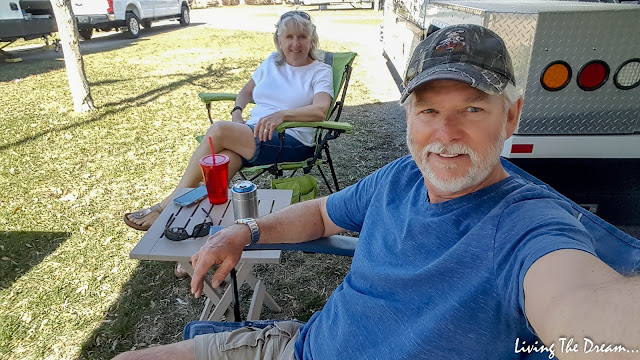 Doug and Sue joined us...we had a great visit with them. Nice to catch up! They leave tomorrow for Tunkwa Provincial Park...the snow is pretty well gone in the compound but the park won't open until the ice is off the lake. 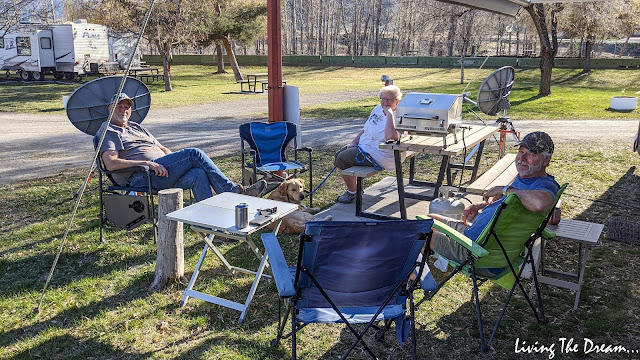 We met Wyatt...Doug and Sue's Golden Retriever...such a handsome boy! 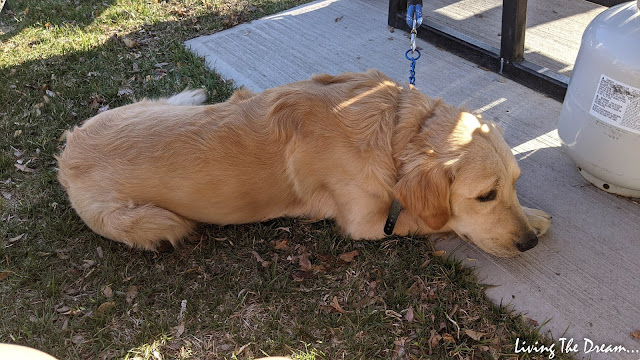 We will enjoy this change of scenery until we get word that the ice is off the lake and then we will head to Tunkwa Provincial Park. We plan on snagging a long-stay site and making it our "home base" for the summer.
I see plenty of ATV'ing and fishing in our future!