We woke to the light pitter-patter of rain on the roof early this morning...and then it grew harder and harder. And today is travel day...sheesh!

Luckily it had stopped by the time Steve was ready to head out and start packing up....and by the time we pulled out at 9, even the roads were fairly dry.

Other than accidentally taking a wrong exit and having to backtrack a short distance to get back on the highway, we had an uneventful drive today. Not many pictures of the beautiful Nova Scotia scenery today, though...somehow the setting on the camera got changed to manual focus from automatic and the pictures were all blurry. Didn't you notice that when taking the pictures, you ask? Well, in my defence, I've been having a hard time seeing distances clearly (yes, I have already made an appointment with my ophthalmologist when we are home in December) and I said to Steve that I didn't know whether it was just my eyesight but all the pictures look blurry. It wasn't until the next day that we realized that two switches on the side of the camera had been moved. Here are some of the less-blurry pictures. 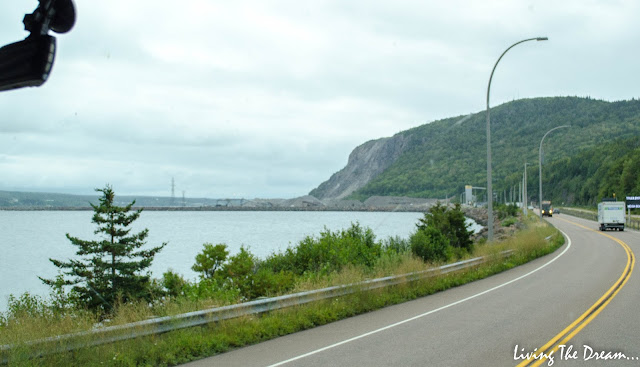 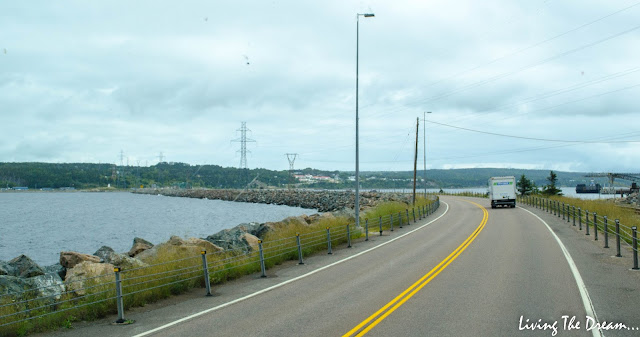 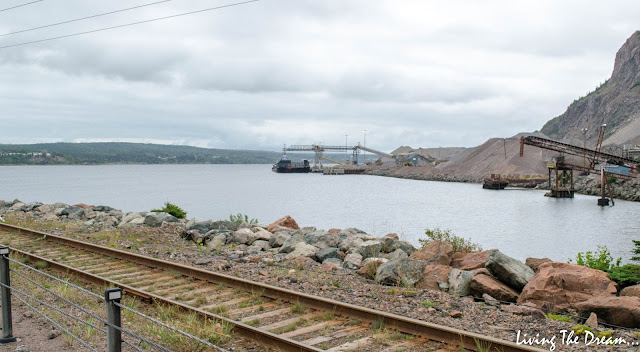 Cape Breton Island remains a true island as a result of the 24 m (79 ft) wide and 570 m (1,870 ft) long Canso Canal, which is located at the eastern end of the causeway to allow ship traffic to transit the Strait of Canso. The 94 m (308 ft) Canso Canal Bridge is a swing bridge which carries the road and railway line across the canal. 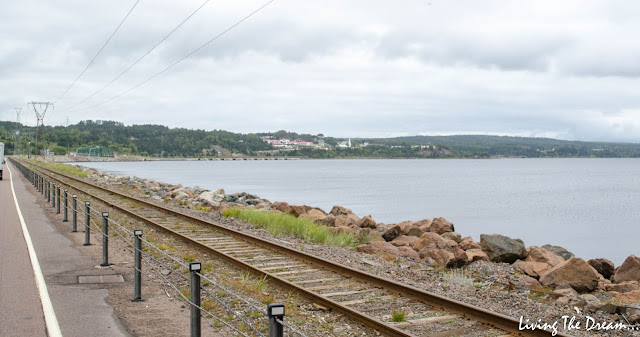 The highway followed the shore of Bras d'Or Lake 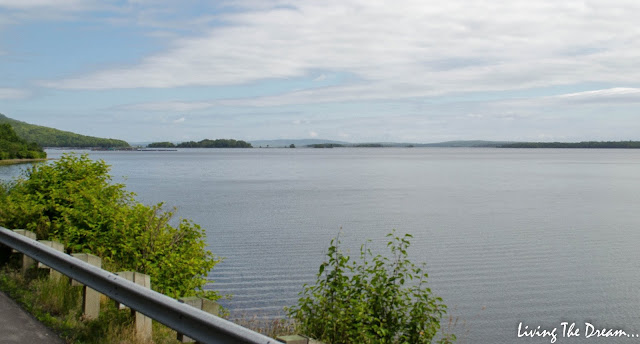 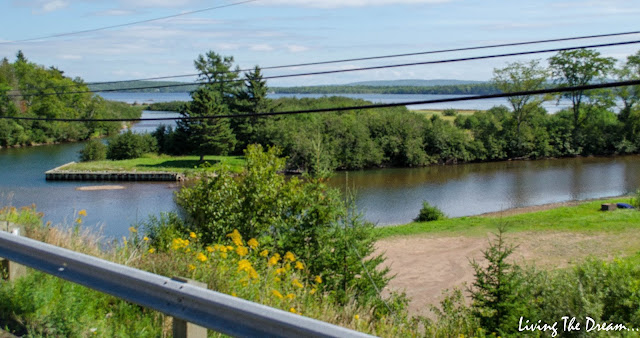 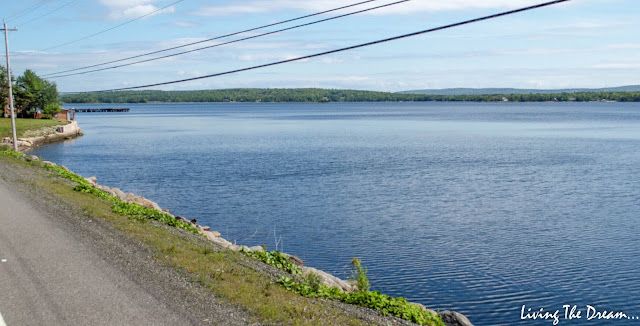 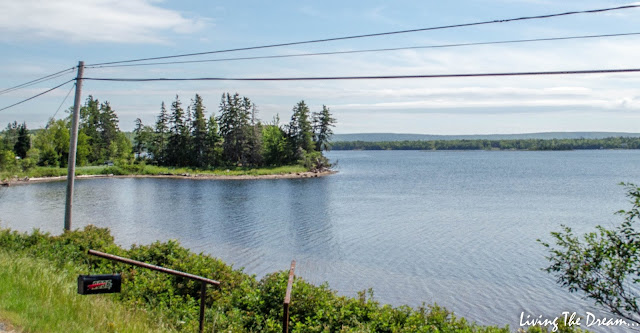 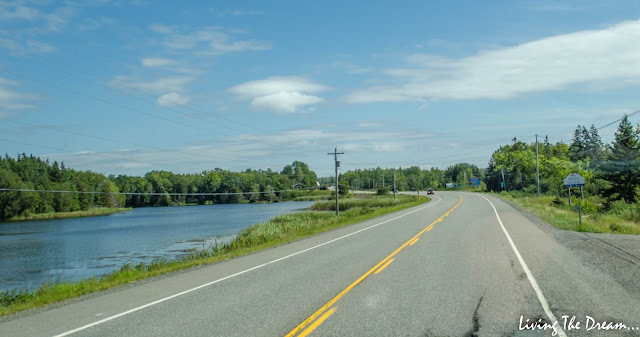 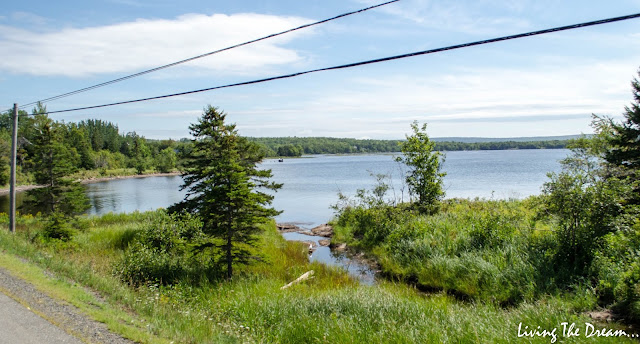 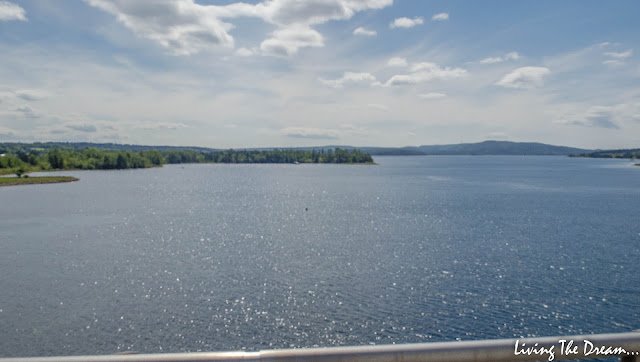 I managed to get a picture of the campground as we crossed a bridge over St. Andrews Channel... 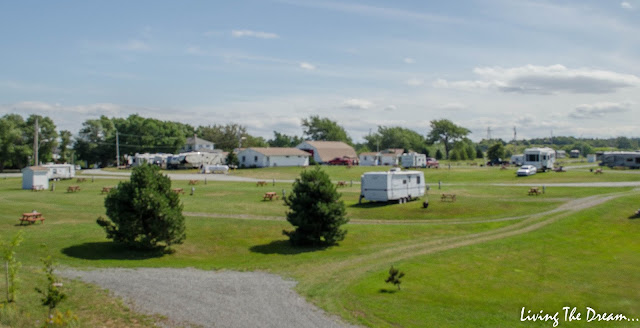 Immediately after crossing the bridge we turned onto Church Road and into Arm of Gold Campground. We were greeted by the owner who, after registering, lead us to our site...a nice open grassy site with a view of the lake. It has full-hookups with 30 amp. power. 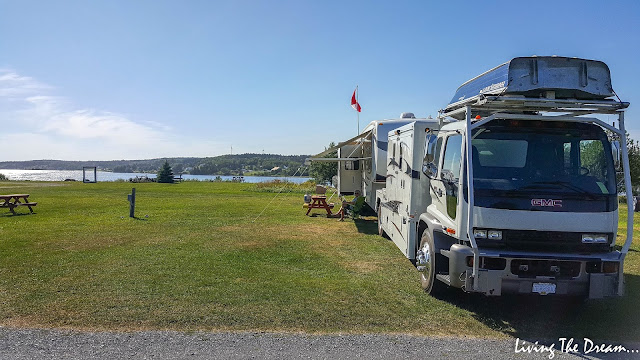 After getting all set up, we took a little walk... 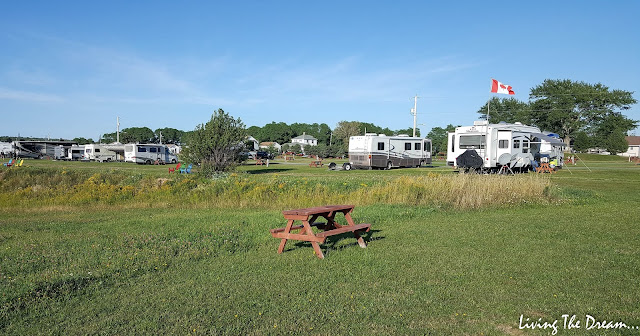 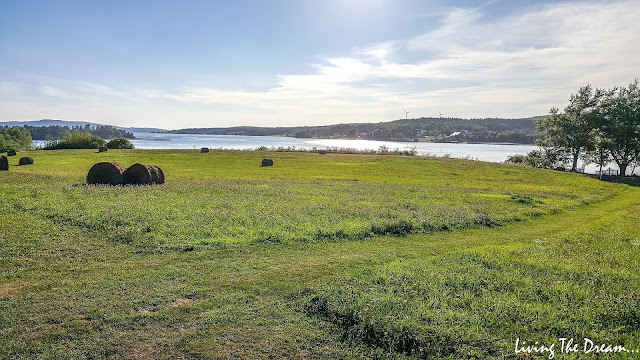 We're here for a week...a couple of days of which, will be spent driving the Cabot Trail in a rental car. Looking forward to it!